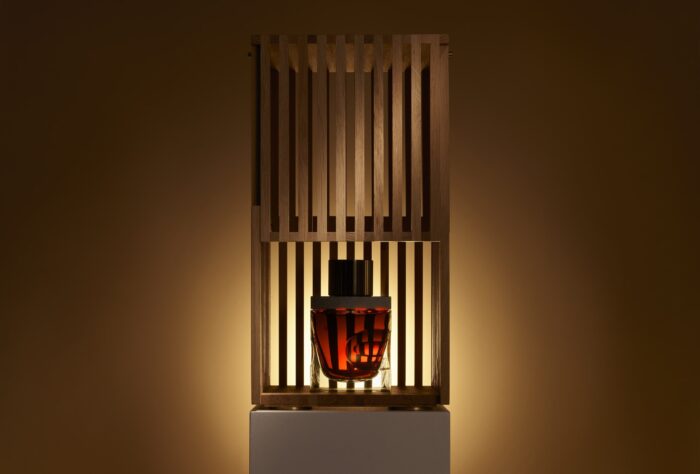 After so many years of tasting and reviewing whiskies, when we occasionally feel a bit blue we set our conscience. And we realize that unfortunately, even though our passion for whisky always burns like the Olympic torch, it’s always more difficult to let ourselves be pervaded by adrenaline and enthusiasm without limits in front of a dram. We know it’s normal: we’ve been lucky enough to taste a huge amount of liquid masterpieces and so the ‘exceptional’ became normal. Yet a part of us regrets that childish enchantment for which even just a Talisker 18 yo tasted like ambrosia, because it was a flash of excellent quality among the darkness of poor blends and the first, average single malts we were used to. If you eat at McDonald’s, even a cheap trattoria looks like heaven. But if you eat at Michelin starred restaurants, your paradigms change and you start losing your grip on reality.
That’s why this day must be marked on the calendar: because suddenly we’re back to being excited by a dram. And what a dram. Gentlemen, we simply tasted the oldest single malt in the world, the only eighty years old malt ever bottled. And yes, it’s like when Santa brings you exactly what you asked for: we are happy as children.
On the letter to the fat, red dressed guy, we wrote: “Dear Santa, we’ve been good, we’ve avoided writing “tropical” three times in every review and we’ve also stopped recommending death metal soundtracks for whiskies, so we deserve a sample of Glenlivet 80s ‘Generations’ by Gordon & MacPhail. To be specific, we’d like cask #340, that first fill sherry butt filled in 1940, from which 250 bottles were filled.”
Now, since Santa Claus may know a lot about Coca Cola, but he knows as much about whisky as we do about reindeer breeding, he wisely decided to outsource the mission. He has chosen an emissary infinitely more elegant and fit than himself, namely Randy Kunis, the Teutonic owner of Tara Spirits, assisted by his “little helper” Davide, who – look at that – is part of the happy brigade of whiskyfacile. In addition to living closer (Munich beats Rovaniemi), he is decidedly more knowledgeable than Santa about single malts… In good time before Christmas, because Germans are always super-efficient, Randy brought us this moving gift and after a couple of weeks we finally found the courage to open it.
Two little notes: the liquid distilled at Glenlivet distillery was put into the cask by George Urquhart and his father John on February 3, 1940, when World War II was already underway; the first of the 250 decanters designed by architect Sir David Adjaye went on auction at Sotheby’s in Hong Kong at the beginning of October and fetched $193k. The other 249 are selling for £80k.
We’re thrilled, we’re beside ourselves with curiosity. Stay with us, because good things are better if shared with friends. The color is dark mahogany.

N: we need to be careful, or we run the risk of watering down our whisky with tears of joy. Let’s try to go in order and hold back the euphoria. It is not easy because – and this is the first thing that strikes us – there is an impressive unity of sensations. It opens up with the image of a heterogeneous fruit, baked and spiced: prunes, blood orange, sour cherries cooked in wine with cinnamon and cloves. Strawberry tart. About the wine: there is a very refined dimension of rancio that recalls certain cognacs of high lineage and venerable aging. Let’s go deeper and talk about the wood, which after 80 years could be cumbersome and annoying, while it is a small miracle of aromaticity and elegance: fragrant sandalwood, poutpourri, rosewood. But also gentian and licorice roots. This introduces another chapter in this epic yesteryear nose, namely the bouquet of sherry in its most chiseled richness. We mention in no particular order chocolate cream, dates, pipe tobacco in which Jacopo’s father kept some apple peels, autumn leaves in the forest, pine cones and an enchanting balmy resin, almost reminiscent of camphor: crazy, after 80 years. We could go on for hours, but we’ll stop. Not before underlining the total absence of alcohol and the compactness of the notes, fused together in a tight dialogue between fruit, wood, sherry and spices. One last flash: that hint of fireplace and lit candles that comes from a distant and mythical past. Almost a shame to drink it, but we owe it to our readers…

P: ancient whiskies are very fragile and most of them turn out to be essentially snuff spirits, which after a spectacular nose are inevitably followed by exhaust palates. This is not the case. Obviously the alcoholic fury is a fond memory, but this Glenlivet incredibly succeeds in keeping a fruity vitality we did not think possible. The start is all about chocolate, followed by thickened red fruit (strawberry jam, black cherries and blueberry juice) and dried fruit: from dried plums to dusty dried figs, ending with dehydrated papaya and oranges cooked in caramel. All beautifully fused together and connected to the wood. The barrel, rather than the astringent path of pure tannin, takes the dried fruit’s one, with edges of chestnut cream. Some floral hints, vaguely decadent and almost mystical. A thought occurs to us: if this whisky really has spent all eight decades of its life in a single barrel, we are faced with a miracle, because one barrel in a billion manages to maintain a certain creaminess after such a long time. Or maybe those American oak sherry barrels at G&M were just magical

It’s like some novels or movies, like “The Name of the Rose” or “Apocalypse Now”: this is a work of art with several levels of interpretation. From an intellectual point of view, it is a testimony of incomparable historical value. From a sensorial point of view, too: it is what every whisky drinker dreams of tasting once in a lifetime. What strikes us is the delicacy, the balance of the overall view: every note is like a little touch of a brush which creates an impressionist painting, no tone covers the other, no overwhelming aromas. Everything is harmonious, calibrated by time. Yet, this is not a whisky resting on its own laurels, it manages to give an idea of compactness and vitality. It may not be a whisky from the roaring ’80s, but it is an 80 years old whisky which still knows how to roar, even if it no longer bites.
The time for the judgment comes, and we return shy little boys. Even if technically we have drunk perhaps better and more complex whiskies, this one stands on the podium of the most exciting and involving, almost like the Bowmore Bicentenary. Compared to other monstrous aged malts such as the Glen Grant 52 years, however, here there is still soul, body and vigor, something that is no longer easy to find in 40 year old whiskies. With the respect that is due to the gods, we whisper a full 94/100. Dear Randy/Santa Claus, you couldn’t have given us a more welcome gift – and thanks also to Davide, who didn’t chug this sample mixing it with Red Bull (as he could have), but shared it with us.