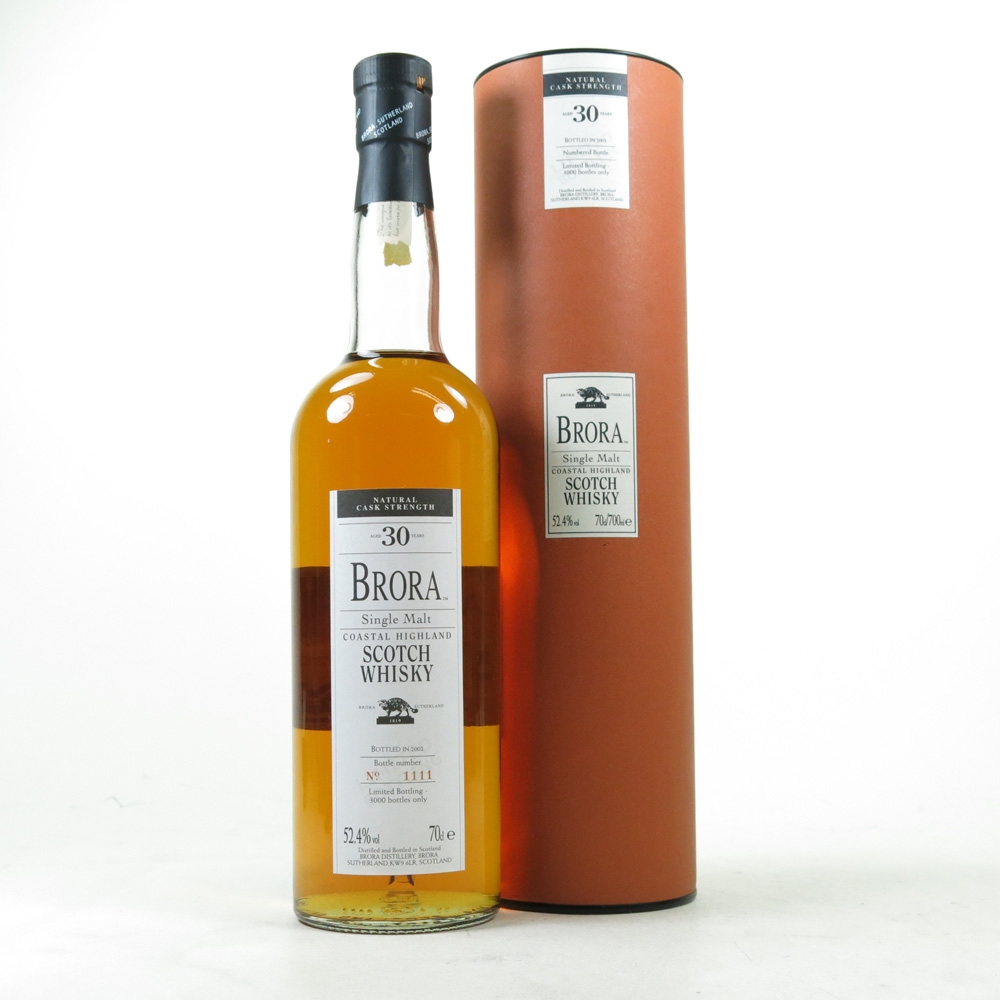 The last Tasting Facile, eighth edition, saw the opening of a very special bottle: you know how much Brora holds a special place in our hearts, so you can imagine how happy we were to get our hands on the first edition of Brora 30 years OB (Diageo Special Release), so that we could open it in front of an audience of whisky lovers. It’s a 1972 vintage, bottled in 2002 at cask strength and with no artificial coloring – it’s a small piece of history, because until that moment Brora was a ‘normal’ closed distillery, and the Special Release series slowly launched it into the empyrean of those-exceptional-malts-that-you-simply-cannot-buy-cause-they’re-bloody-expensive. A small historical excursus. The Clynelish distillery, which since the nineteenth century produced a beautifully fat distillate with a unique profile in the Scottish panorama, was so central to the economy of the Diageo blends after World War II that it had already undergone several expansions until, in 1967, the owners realized that it had reached the limit and that it would therefore be cheaper and easier to build a new, larger distillery next to the older one. Thus Clynelish II (the current Clynelish) was born, and the old Clynelish I remained Clynelish for a few years, before taking the name of Brora. This one had to face in its very first years a crisis of Islay’s distilleries (Lagavulin Port Ellen and Caol Ila), which due to poor barley harvests and water supply difficulties abruptly slowed down production: but Diego’s blends still needed peated whisky, and so the old Clynelish/Brora was given the responsibility to replace the big names of Islay. For this reason, between 1968 and 1973 most of Brora’s production was heavily peated, while in the following years until the closure (sadly, in 1983) the two styles of barley did alternate fairly equally. Enough talk, now let’s drink.

N: it’s difficult to put order in this jubilation of scents: it looks like a baroque church, in which there’s everything and the opposite of everything… Let’s start from the most typical notes of the Brora of these years, that is the farmy part: notes of barn, of hay, with also hints of smoked meat, or maybe pork fat. The peat is sharp, very coastal: notes of wet wool, lime, sea air, damp earth and a great minerality. It also has a hint of church, of incense (Mauro said “it tastes like an altar boy”). Resin, a patina of conifers – and we can’t say why, but it’s this side that makes us slip towards the ‘sweet’, which is a mix of eucalyptus honey, crispy honey and dried fruit, even dehydrated fruit. Something that could be brass.

P: the first thing to say is that it is incredibly alive, tense, it never stops changing, while you taste it you are overwhelmed by a continuous tourbillon of flames of flavor: because there is so much, and it is all intense and elegant at the same time. Very harmonic with the nose: super oily, notes of linseed oil, then there is the greasy, oily part of the hazelnut… Toasted lemon, so evident. Much wax, much resin, still wet wool. But let’s be clear: it’s also very sweet, sugary, with notes of honey, cooked fruit mix, and also (incredible, after 30 years!) a hint of peated barley, sweet and acrid at the same time…

F: insistent, persistent and acrid peat, again very sharp; still a hint of pork fat and barley. And the sweetness lasts forever, sweet and reassuring, like a hug after an intercourse.

At 30 years old, it is still alive, tense, perfect: it is certainly not empty, it certainly has not lost power, its parable is not yet the descending one. The aging is delicate, organic, there is no acceleration from the wood, and the profile of the spirit is unique, inimitable, unreachable. As we all know, Brora is about to reopen, albeit with a whole new face: we hope that it will maintain the glories of the past and that it will not just be a cunning marketing operation, but we know on the other hand that if anyone can do it well, it is Diageo. In the meantime, let’s subtly stick this bottle with the 95/100.