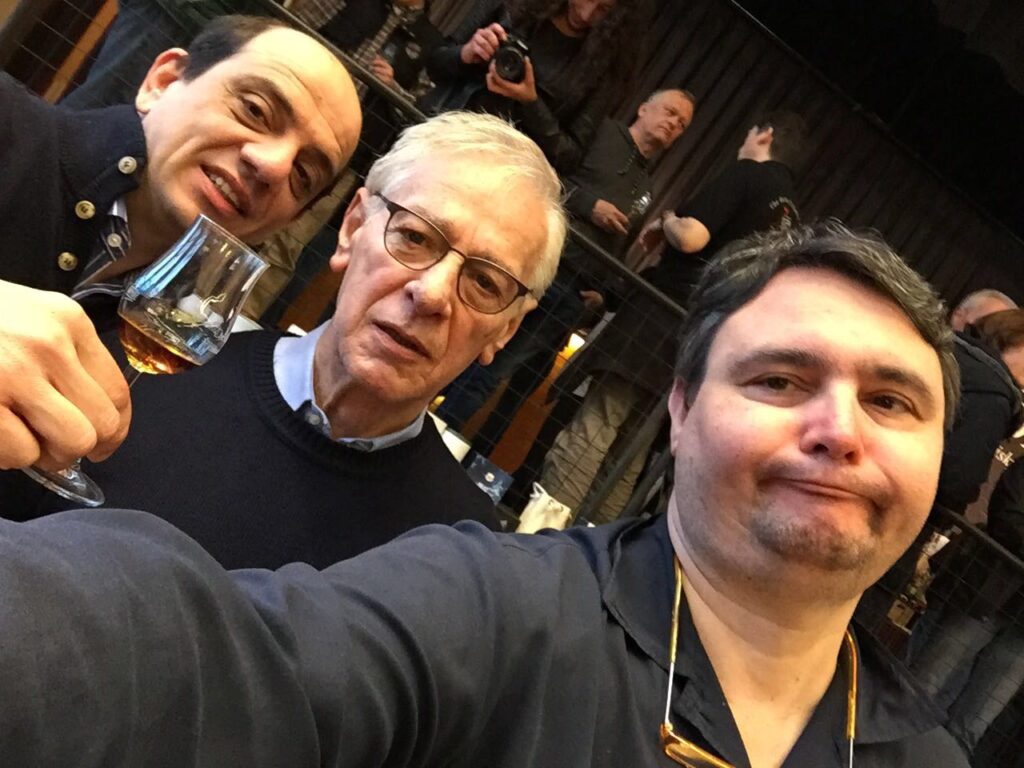 Last week there was the fifteenth edition of the Milan Whisky Festival, for once dramatically virtual and not live: there’s no need to explain why, right? Well, on Wednesday 18th November Andrea Giannone and Giuseppe Gervasio Dolci opened five bottles, choosing from their selections over the last 15 years: know that some of them were even bought back at auction at a high price, but they were such special pieces that they could not miss out on such a tasting. Let’s not talk nonsense, let’s go and taste with a pinch of melancholy: maybe we wrote the tasting notes during the tasting, at the hour before dinner, it came natural to link the five whiskies to as many courses…

N: great freshness, sweet green tea. A note of flowers and elegant perfumes, from the atelier in the centre. Citric, with some notes of white fruit, or rather, just litchis and white grapes. A nice acidity and a real note of raw material, barley and breakfast cereals. P: simpler and more direct, with vanilla, lemon cream and crunchy yellow apple. F: very clear note of white pepper, which brings with it a hint of wood and still a lot of vanilla and apple.

What can I say: a memorable nose, with really rare notes like green tea. The palate may not respect all the promises of the nose, but for an entry malt (the two hosts say it cost 39 euros on exit) it is exceptionally fresh, intense and enjoyable. Aperitif. 84/100.

N: rich and silky. Ripe yellow fruit and mango peel. We are in an American amusement park, with candyfloss and banana smoothie. Hazelnut grains. Orange honey. P: honey still in the foreground, this time sweeter, then a thousand shades of chocolate (also “cooked”: brownie with lots of butter) and a new note of white nougat. Mandarin juice, to give us a citric side. In the background, apple strudel. F: pecan walnut, apricot and a hint of ginger: as long and rich as the palate.

An example of why we must give Giannone an example when he talks about his heart distilleries. A malt to be discovered, muscular and of great drinkability, which – if listened to in depth – reveals a beautiful complexity. A truly explosive first course, in the style of Emilian filled pasta. 89/100.

We have already reviewed this beauty here, so there is no need to repeat ourselves too much. On the nose, we noticed a further note, like pipe tobacco; the mouth seemed to us even more complex than we had described it, with a really spectacular descriptor of coffee (Brazilian, Arabic) and a nice acidity of the orange derived from the refinement in cask ex oloroso sherry.

Perhaps, a few years later, we would reward him with one if not two more points. Faceted and deep like a poem, but blunt, tanninic and powerful like a volcano. Main course, in the similarity it can only remind us of a lasagna or an aubergine parmigiana.

N: metallic and heavy, with an evident “dirty” note of brass and an additional almost balsamic side (balsamic vinegar, but also resin). Few fruit (maybe red orange?) P: oily and very full of flavour, almost savoury. A dinner of flavours. Stew of pork and apples, cloves, black pepper, leather, chocolate, and then mint (a visionary Gerva says “After Eight from the ’80s”) F: medium, maybe not very long, but certainly elegant and still deep, with a sense of almost pure orange, a little bit musty, salt and pepper crust.

Not a monster sherry but a monster in sherry, an excellent example of how distillation impacts on the result, with unique notes that almost only Mortlach can give us. We confirm the sensation of being in front of a great “second course”.. 90/100.

N: sharp, with oysters, embers, lime and reefs wet from the sea, a warm wooden thread. Spendid in its “Caol-ilicity”. P: incredibly polite for its gradation, absolutely not aggressive, a game of pear and pepper. A little smoky and sweet peat makes its way, reminiscent of peanut butter, teryaki sauce, burnt aromatic wood. F: medium/long, with a drizzle of burnt rosemary and another splash of lime.

Judgement: really caol ila is “Mr Consistency”, as enthusiasts say. Sharp but elegant, light and powerful at the same time. A dessert and a cigar to close the great blowout. 90/100.