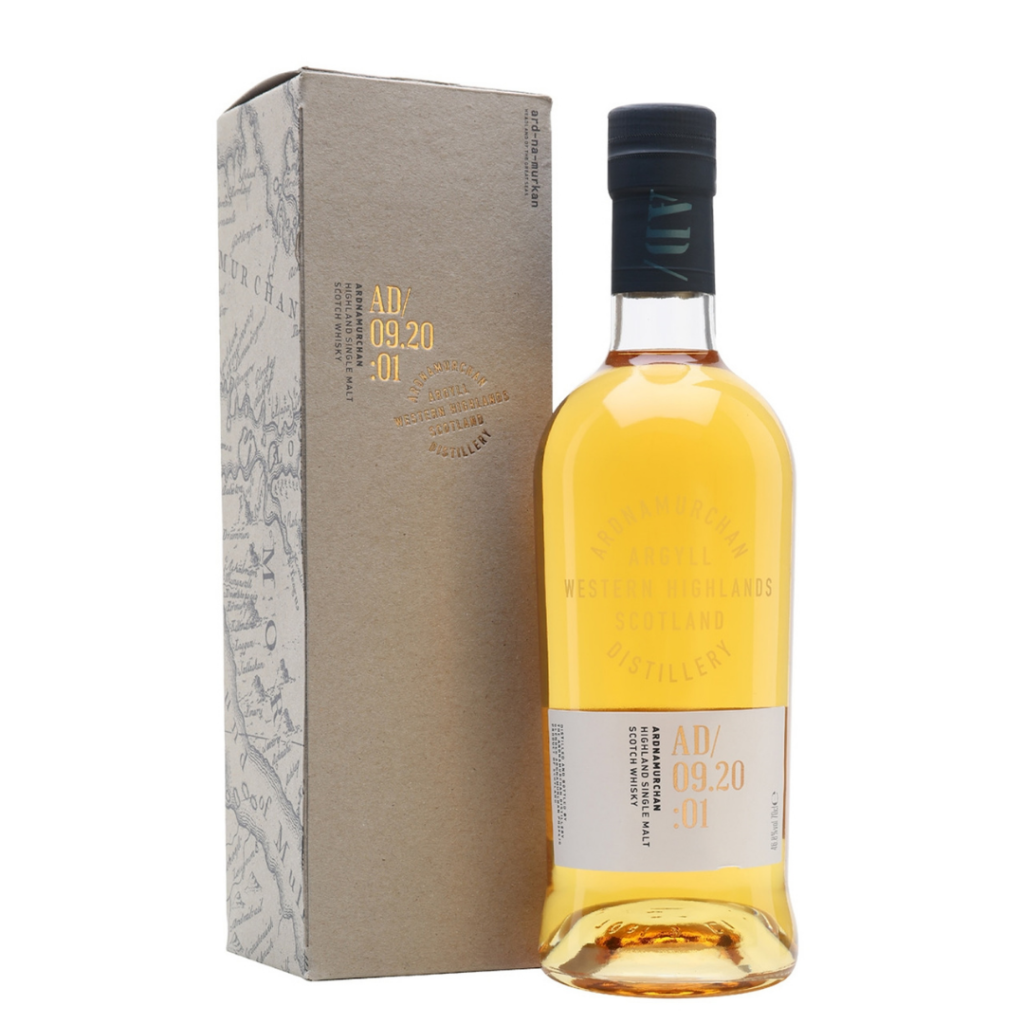 Amber bow in the Adelphi house: the firstborn single malt from the house distillery, Ardnamurchan, was finally born. The newborn has been chosen with an untraditional name that is unlikely to be found on the calendar: AD/09.20:01, a bit like the little extraterrestrial H725 in that old film with Bud Spencer. Beyond the cynicism by contract (it’s not our fault, they draw us like this you know), the reality is that we can’t wait to taste it. Adelphi is a mythical independent label and Ardnamurchan’s “work in progress” – when you couldn’t call it whisky yet – had us very excited, a bit like when your pregnant friends show you the ultrasound scans. So, before we hear his first wails, let’s make the presentations: single malt from the Western Highlands (the most Western Islander distillery, located in the homonymous peninsula), distilled in 2015 and bottled at 5 years old in 2020. This inaugural release, which was launched in 15,978 copies, consists of 65% ex bourbon casks and the remaining 35% ex sherry barrels, both Oloroso and PX. Colour: white wine.

N: youth doesn’t hide itself, but it’s not disheveled and trivial. On the contrary, from the very beginning, different and iridescent traits are captured. First of all a marine and almost medicinal part, like dentist’s paste. Then, here is the bread dough. Delicately smoky. Then there is a growing farmy note of ripe hay, exactly the feeling you get when you enter the farm. The fruit is simple, ripe apples and pears, with round vanilla. And then what’s that dark spot, that mole? A touch of rhubarb and a dusty edge, curious.

P: what a character! The body is not monumental, but at 5 years old it is more than solid. And like all solids except the sphere (so we remember from high school) it has its good edges: oily, with a hint of still and copper, but never unpleasant. Young whiskies often have that typical note of candied fruit, here instead we are really focused on barley, the raw material. Again Abbot pear and green apple, while the sweetness becomes more pleasant, like a vanilla lemon cream. But what really illuminates us immensely is a delicious minerality, between peat, graphite and wet stone. Which, added to the returning hay, begs us an impertinent question: wasn’t that the 5-year-old Brora also like that? Or is it just that nasty habit of finding similarities in the features of newborn babies that makes us talk like that?

F: the smoke blends with hay and lemon, the medicine becomes mentholated and everything is recomposed in a pleasant sweet and vegetable cleanliness.

If you saw us now, you’d mistake us for sentimental old aunts who look at the puppet with a smile and say “dudududu, dadadada, ghighighi” (and maybe our prose ain’t that different, to be fair…). Trying to get sober again, this whisky is really a great surprise, because it manages to be anything but banal despite its age, and because it gives a multifaceted and mineral profile as we like it, without becoming “dirty”. One consideration arises as a germ from the malted barley grain: these new distilleries, which use long fermentations, produce excellent spirits and do not renounce transparency and vintage, can truly bear witness to the great brands of Scotch. Bravo, now let’s not sit on your laurels, huh?! 88/100. Thanks to Massimiliano Cocchi and Pellegrini, the Italian importer.