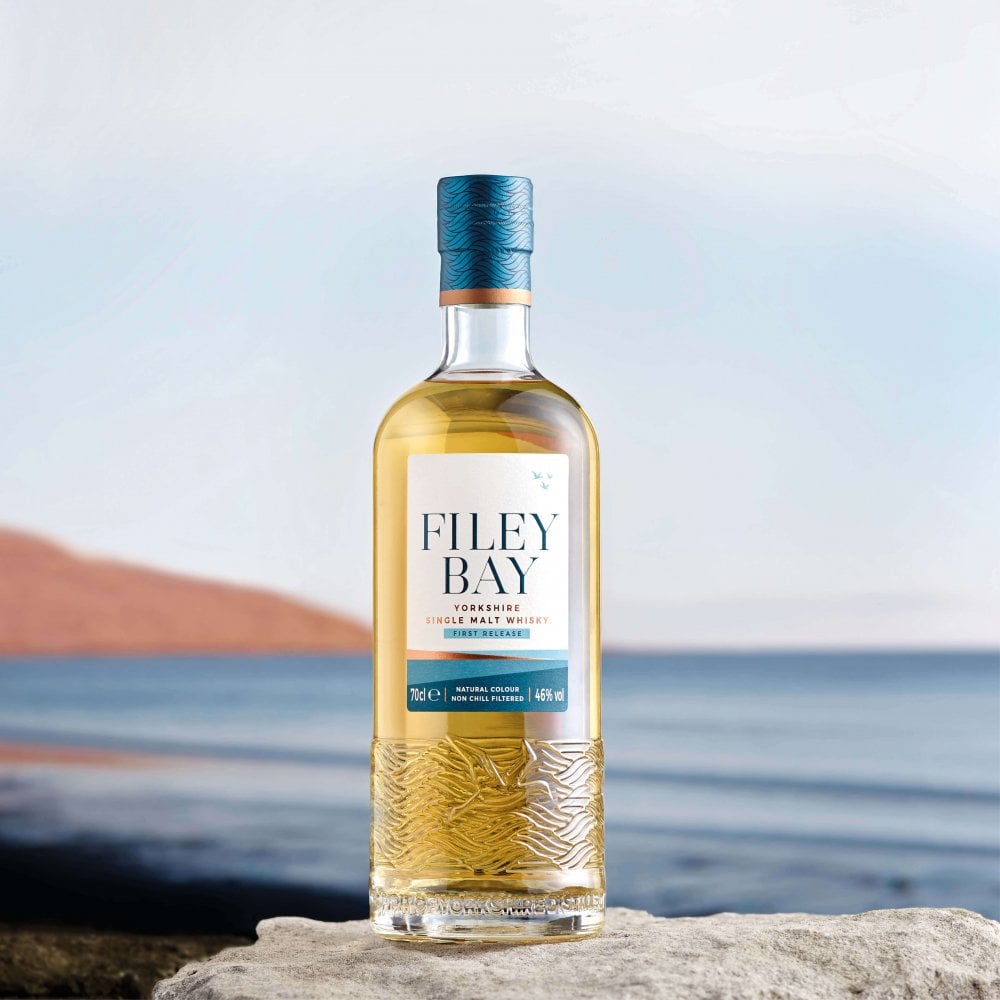 Perhaps not all of you know that… “wine in a carton at the discount store causes septicaemia and death!”, you will say. But no, we know you know that, foodies. We were about to tell you that you might not know this, but the Yorkshire coast may not be Villa Simius, but it’s a great place. Very long beaches, sometimes almost decent weather, lovely villages like Whitby and Scarborough where the Fish & Chips is divine. And above all, the first and only single malt distillery in England’s oldest and largest county.

We have already written about Filey Bay, located in Hunmanby and devoted to the “from the field to the bottle” philosophy, when importer Cuzziol – at his stall at the Milano Whisky Festival – proposed the Second release. Today we’re going backwards and tasting the historic first release of the Spirit of Yorkshire: 6000 bottles from 16 casks distilled between spring and summer 2016 and the result of the advice of the now deceased Jim Swan. Which incidentally means ‘swan’, while the distillery’s symbol is the Gannet, or gannet. Get the birds wrong and someone gets hurt.

N: how beautiful youth is, which nevertheless escapes: pear, banana yoghurt, snappy notes of candied lemon and yeast. Then an ethereal, vaporous sensation. It may be a suggestion, but if it is not the sea, it is at least the crisp coastal air. Gradually, beyond the threshold of youth and distillate, a not excessive sweetness emerges, like white chocolate filled with lemon, and a slightly more complex fruit: kiwi and granny apples, testifying to a certain pleasant acidity. There is again an intriguing minerality, reminiscent of chalk and especially the clay that dentists use to make impressions.

P: the boy is by no means banal. The body is not very intense, but still sparkling and young, fruity and vegetal. It is well balanced on that ridge, without derailing into excessive sweetness or immaturity for its own sake. Lemon, pear and unripe yellow plum; a full cereal; a savoury and mineral part. Clean, fresh and even a little malty, we like it. A thread of sweet hazelnut at the end. With time, the fruit takes the lead and lingers. Sweetened chamomile ribbon.

We confirm the absolutely positive impressions we had from the 2nd release. Even in the first one, we are struck by the maturity reached earlier by the distillate. Despite being only three years old, it shows a pleasantness and personality that are truly rare. It manages to be clean, fresh and in its own way multifaceted, with a little extra bonus given by the minerality that pervades everything. From an English three year old, objectively, it would be madness to ask for more: 86/100.