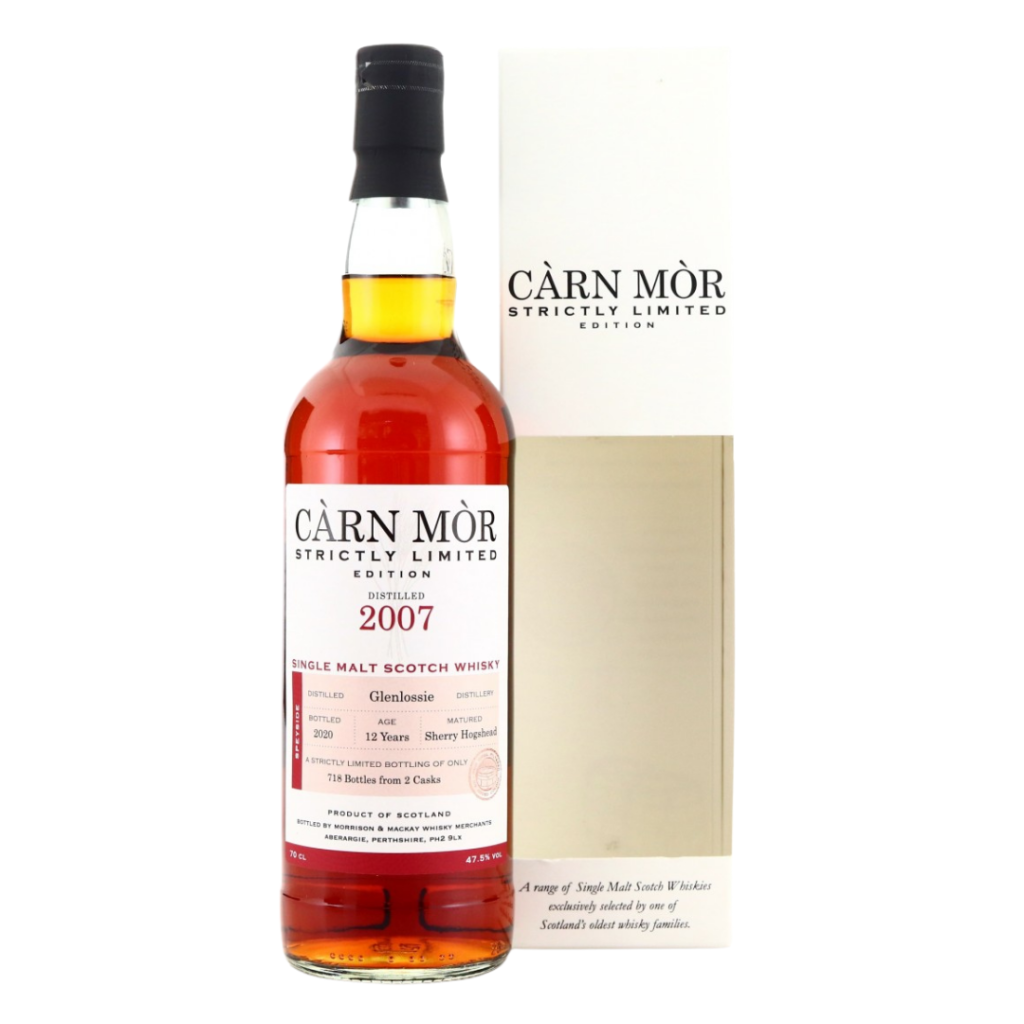 You know the “Red Panda” effect? No? Well, maybe because we just invented it. Anyway, it’s that particular phenomenon where from the moment you buy a red Panda (but it applies to other models and colours too, eh), you suddenly realise how many other identical cars are on the road. That’s what happens to us with independent Glenlossies. There are a lot of them, not least because the sister distillery in Mannochmore hasn’t released any official bottles since Braveheart and the Flora and Fauna series. This is a 13 year old sherry that Morrison has included in the 2020 collection of Càrn Mòr. Our thanks go to our friend and prince of the Neapolitan bar, Giuseppe Napolitano, alias Il bevitore raffinato, who presented the audience with this at the last Whisky revolution festival in Castelfranco, as a cadeau. Chapeau, which rhymes btw, cool.

N: very pleasant and open, expressive. The first image that comes to mind is spelt brioche and red fruits; overall it is a very fruity whisky, with notes of strawberry jam, squeezed blood orange, more berries. Dehydrated apricot. There’s also a green part, with herbaceous hints and a slightly mentholated tip (just the mint leaf). Something darker and ‘dirtier’, which we would encapsulate in the image of carob. Which is a nice image, you will agree. Lime. Herbaceous, herbal tea notes, growing.

P: the very first impact brings a note of new make, which only emerged at times on the nose, but which is not out of place: hints of yeast, spelt bread, cereals. There are more buttery notes of brioche, then honey (not too sweet, not quite chestnut, but…). Hints of citrus. Less fruity than on the nose, it certainly gains in spices: there is however a nice red fruit jam, with a strawberry cream and cloves.

For once we’ll spare ourselves the technical nerdiness and not mention the “purifiers” that are said to be at the heart of Glenlossie’s style (just kidding, we did mention them in the end). Also because here it is the sherry with its fruity notes that takes centre stage, without however overpowering the spirit with its pleasantly fresh notes that we have come to appreciate. An excellent example of an excellent whisky from an excellent distillery. 85/100. On sale, among others, on Whiskyitaly.