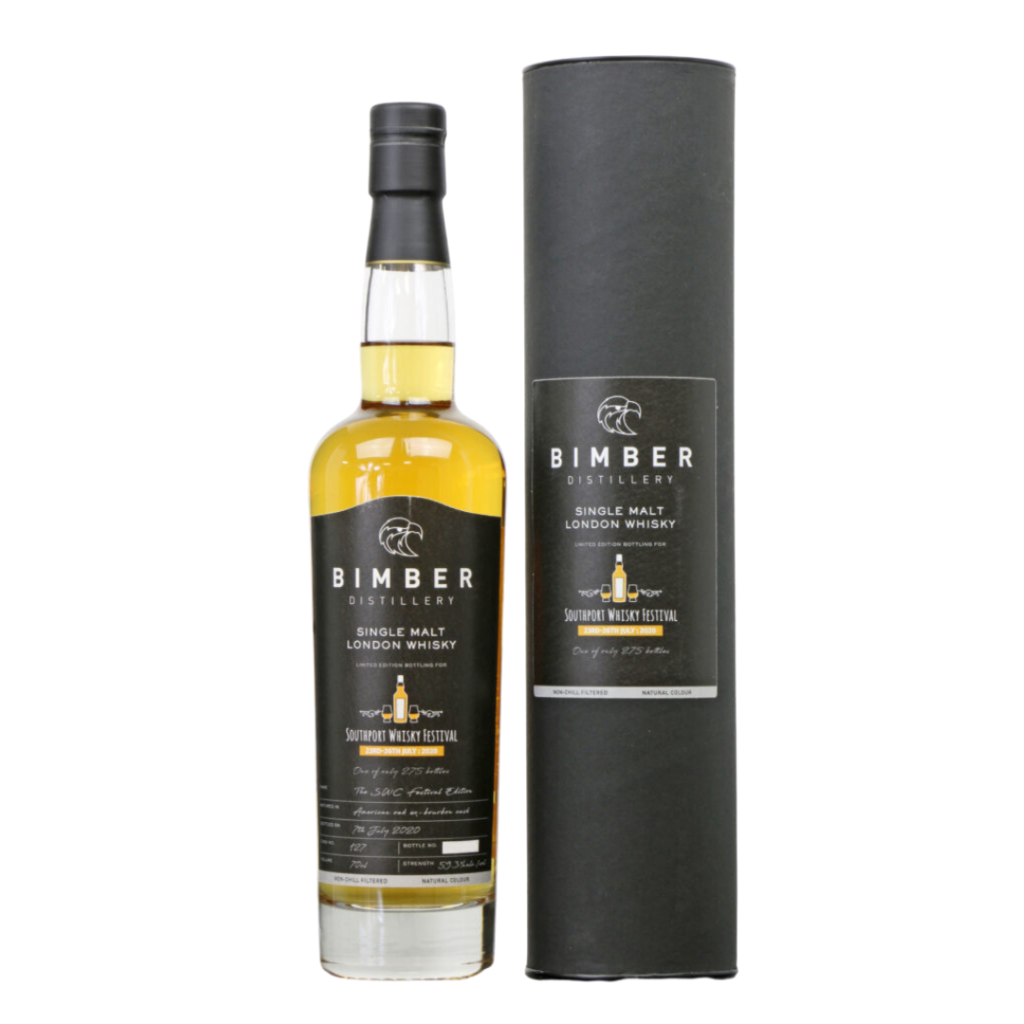 If you know us a little bit (and now you’re at home here, you’ll soon move in with us, which we don’t recommend…), you’ll know that among our countless weaknesses there’s Bimber. The young English distillery based in London, in fact, has accustomed us to amazing products despite its young age, and its craft philosophy has conquered us. Today we happen to test our greedy nostrils with an ex-bourbon single cask (#127), made exclusively for the Southport Whisky Festival. The expectation is so high that we even went to search Southport on Google Maps to be more prepared: it’s close to Liverpool, for the sake of completeness.

N: full and coating; let’s start by capturing notes of fresh wood, even pine wood. Very creamy and very ‘bourbony’: cream in every form, vanilla, buttery ice cream, Paradiso cake and custard. Pineapple cream: there are tropical tensions, let’s say. Ah, we are at almost 60% and there is no alcohol detected. Freshly cut grass.

P: here, on the other hand, the abv is a little more evident. Rather consistently, the fruity side tends to dominate a bit more: still exuberant pineapple in every form, even lemons (lemon pith, especially at the beginning) and apples. The creaminess decreases a bit, and overall it becomes sharper than the nose. Coconut (or coconut ice cream?). Over time and with a little water, it becomes very creamy again, with lots of vanilla. At the same time, the pineapple literally explodes in a fruity jubilation.

F: long and intense, curiously it becomes chocolatey, and gives us an unexpected suggestion of… Bounty. Herbal notes and malt, even a mentholated touch.

Expectations have been maintained, this is the Bimber we know: it doesn’t betray its age, it doesn’t show any flaw, it remains explosive and fruity, in a really resounding way. You don’t feel the yeast, you don’t feel the youth, you just feel an impressive maturity. A convinced 87/100.