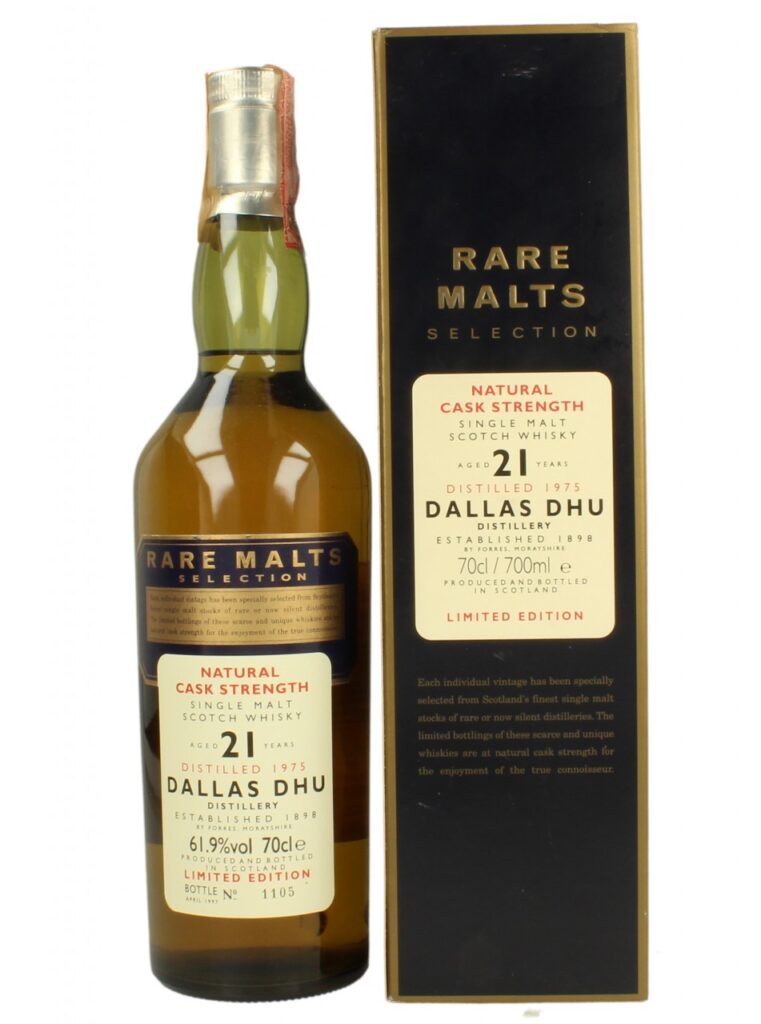 Today, with the heat drying our minds and sticking to our clothes, we’d like to take a dive into the deep sea of the history of whisky. And we do it with a double somersault, because an initial capriole leads us to explore the iconic Rare Malts series, created by Diageo in the 90s, which had the merit of bringing to the forefront distilleries that were almost unknown until then, “bottled” at full strength, with important aging and in limited editions. Before touching the sea surface with innate grace, we also allow ourselves a further virtuosity, bringing to the nose a whisky now very difficult to find, produced by that Dallas Dhu that closed its doors in 1983 and that will never be again. This whisky, distilled in 1975, after 22 years spent in casks, has a monstrous alcohol content of 61.9%, a mystery that most of the Rare Malts series have in common. There are those who hypothesize that it depends on particularly hermetic casks, those who whisper of experiments made with new make put into barrels at a higher alcohol content than the canonical 63.5%. We look at our light gold dram and move on.

N. wax patina, then immediately cereal (dried barley), pear juice, white fruit, white melon. Then comes a mineral note like graphite and gears. Old books with leather overlay. We are really exaggerating but in general it can be described as sharp, vegetable, a nose enhanced by an elegant peat that we like a lot. Vanilla

P. the first impact is old wood, then it gets fresher. Hay, dried wildflowers. Touch of grapefruit and lemongrass. Malted barley again. Particularly dry and sharp, austere, with a lovely slight sense of candle.

We had an austere, sharp and very interesting whisky in the glass, which puts the sweet barley grain in the centre and then builds an hymn to the severity around it. A whisky for connoisseurs and not for amateurs, very cerebral because everything must be measured to the millimetre (water, time, etc.): on a nude, even a centimetre of cloth makes the difference. For us who are already posterity, the ardous sentence is 88/100.