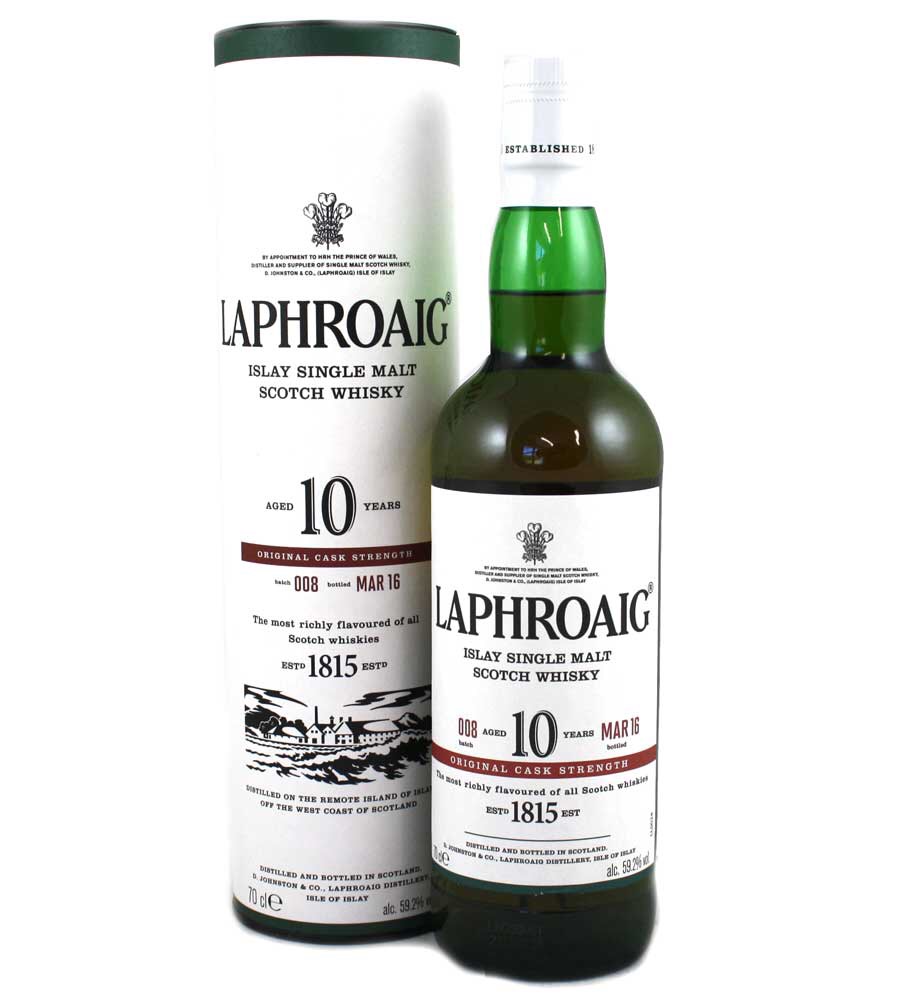 Those who have the misfortune to hang out with us, know very well how much we don’t like the ‘normal’ 10 year old Laphroaig, at reduced ABV: sooner or later, we promise, we will write our bad opinions on the blog too. On the other hand, towards the 10 years old Cask Strength we have a real veneration: when we were on Islay in October we couldn’t help but take home a fat sample of the newborn, batch #8, that finally blooms today.

N: as in Naples it happens three times a year, also in Laphroaig a miracle happens: there are no statues crying blood, but whisky at almost 60% ABV which do not reveal even a slight alcoholic note. The intensity is sensational and it is also very complex: let’s start from the balsamic note, between eucalyptus and talcum powder and pine needles; then let’s not forget a very strong ‘sweetness’, strong but not tacky, of vanilla, caramel and licorice, while the fruit (mainly red fruits) remains only hinted, almost a mirage. After a while, you can smell a cloak that is nothing but gauze, the typical medicinal touch of Laphroaig… Rhubarb, too. Everything is perfectly integrated and wrapped in a light peat smoke, held back by the gradation but deep, peaty and acrid. Orange marmelade. Ah, we almost forgot to mention the air from the sea, which beats its waves on the distillery…

P: the above miracle is repeated on the palate. It’s supermarine, supermedicinal: and yet this is a nice thing. It opens on sea water, salty and intense, reminding of oysters, melted with a balsamic dimension and fully medicinal, acrid; then you can taste an “orange” sweetness, with orange in every form (jam, zest), licorice, a little dark honey. After-eight pralines? Lost in all these suggestions, we almost forgot to mention the peat and the smoke! Things which in Laphroaig, as you know, it seems awful to overlook.

91/100: we definitely regret having taken only a sample instead of three cases. Laphroaig works well, very well, too bad it sometimes forgets about it. Warmly recommended, like all CS.