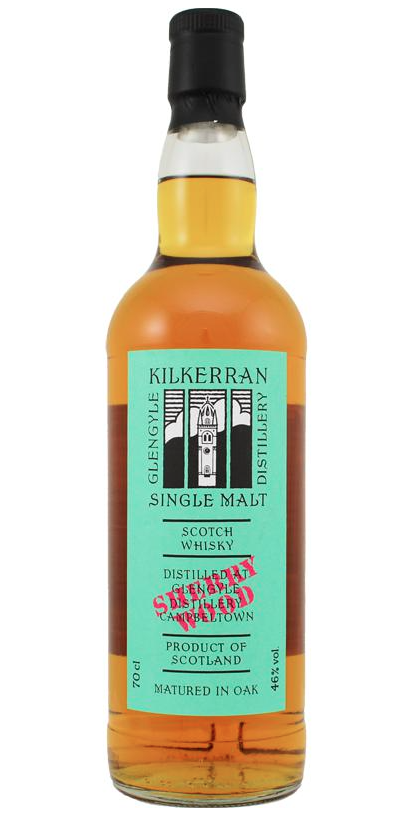 Everytime we introduce a Kilkerran we can’t resist doing a long presentation, but this time we are lazy and we put this link, where we remind you who’s behind Kilkerran and why. Today we taste the 2015 ex sherry version from the ‘Work in Progress’ serie. We did like the ex bourbon matured, as well as the ex sherry from the past year, to tell the truth. Yes, we like Kilkerran a lot, so what can you do?! Forgive us if we have the whisky facile!

N: the first impact is sensationally similar to the previous year’s edition: and therefore we have almost sulphurous notes, just like dull matches, almost rotten blood orange, brine, olives and a very strong mineral notes, with some vaguely rough suggestions and a smoky peat growing after a while. These are the main actors, together with something herbaceous (which reaches up to notes of “nocino”): and so far, the usual excellent impression. But then we seem to notice a much more active influence of the sherry butts (always compared to the cooked fruit we wrote about in the 2014 edition): here we rather have red fruit in jam (strawberry), then marron glacee and maybe a rhubarb candy.

P: as for WIP6, here too the palate exhibits a more accentuated sweetness than the nose: here, however, we start from a decidedly more sugary nose, and the effect is a truly enveloping sherried style. If the very first impact still seems mineral and slightly sulphurous (still wax), the wood immediately takes the stage, with notes of orange marmalade, red fruits, chestnuts, toffee; some kind of sweet carob and a strong note of cola, bittersweet. Cloves, to testify to a very clear spiciness. Kind of tangerin liqueur…

F: salty lips; there is a smoke’s drizzle that lingers on the liqueurness (still orange), then again matches and macerated fruit. Mineral peat and more cloves.

Cut the chatter: this is more wheedling than WIP6 ex sherry, but it doesn’t loose minerality and elegance. Basically, Kilkerran’s soul remains but the sherry influence is more evident, more liqueurous, even if it doesn’t be able to cover a massive minerality: a curious bittering effect is given by the contribution of the spices, that manage to mitigate the sweetness and to link minerality and sherry notes. Not an everyday dram, it is certainly a difficult and riotous malt, but at the right time it can give infinite satisfactions: 88/100. A final word about the price: we have a sensational value for money (it cost around € 50, before going out of stock).