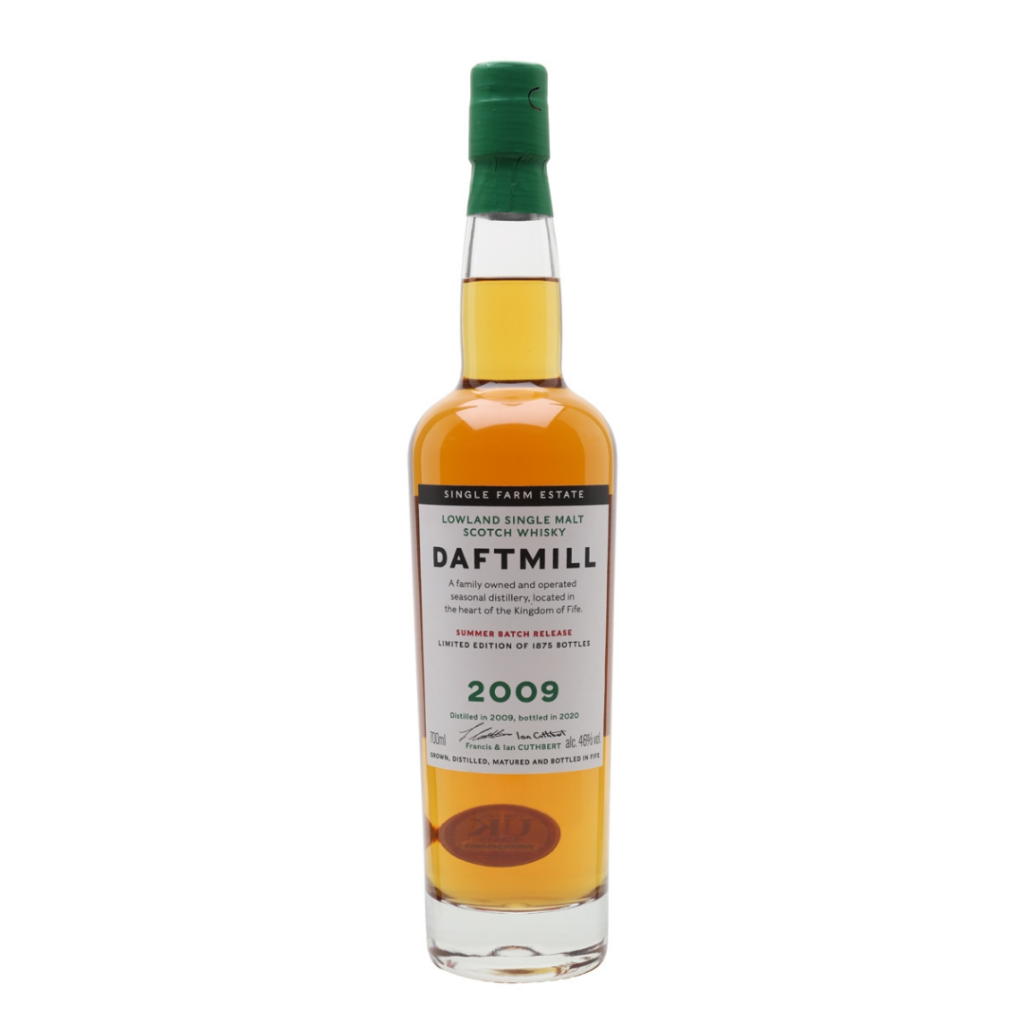 If you are a whisky aficionado, and we imagine you are if you are reading these lines, you know that Daftmill is one of the most fascinating realities in the world of Scotch – an artisanal microdistillery, born as the side activity of a farm in Fife, produces so little that it has foreign distribution in only a few markets (spoiler: not Italy) and practically all its releases are put on the market through random draws. Today we are lucky enough to put our nose to the 2009 Summer Release released last year: Optic barley, fermentation of at least 94 hours, three bourbon casks and a first fill oloroso sherry butt – and it is the first time ex-bourbon and ex-sherry casks are put together for an official release. Distilled in August 2009 (one of two very short distillation seasons, lasting two months each, at this grain to glass distillery), bottled in early 2020.

N: crisp, indeed. Pears and green apples, something very interesting, like pollen and propolis. An edge of sulfur? Burnt matches. The Oloroso part is felt, but it doesn’t deny the freshness, in fact it fills it with a light, balsamic, vinous part. Cereals and lots of fruit also further on, with peaches and white melon. It looks like those breakfast cereals with coconut and raisins. Over time notes of a true lowlander emerge from the glass, with hay and herbs.

P: it starts light, and a bit too light. But then an interesting dialogue emerges, starting with a suggestion of honey and some very remote minerality, but soon followed by some nice accentuated spices (vanilla bean, ginger, coriander and green curry) with a little peach and almond. A citrusy note, we would say cedar, follows us into the finish…

F: …which leaves the palate “spicy”, rather pissed off. Plays on notes of ginger, cedar, malt cookie and honey.

Perhaps we expected more, in terms of elegance and balance, given the hype among expert professors and the not-modest cost of the bottle, but it must be said that it is certainly an integral product (uncolored, unfiltered, single farm, floor malted, you name it). In short, good, even if characterized by several rough edges. We’re pretty far from having a good value for money for this bottling, but we’re certainly not complaining about the quality in absolute terms, quite the contrary. Daftmill remains one of the experiments of the recent past able to achieve success (in the market) and curiosity (in the headquarters of whiskyfacile). 85/100.

Recommended soundtrack: Another Sunny Day – You Should All Be Murdered.