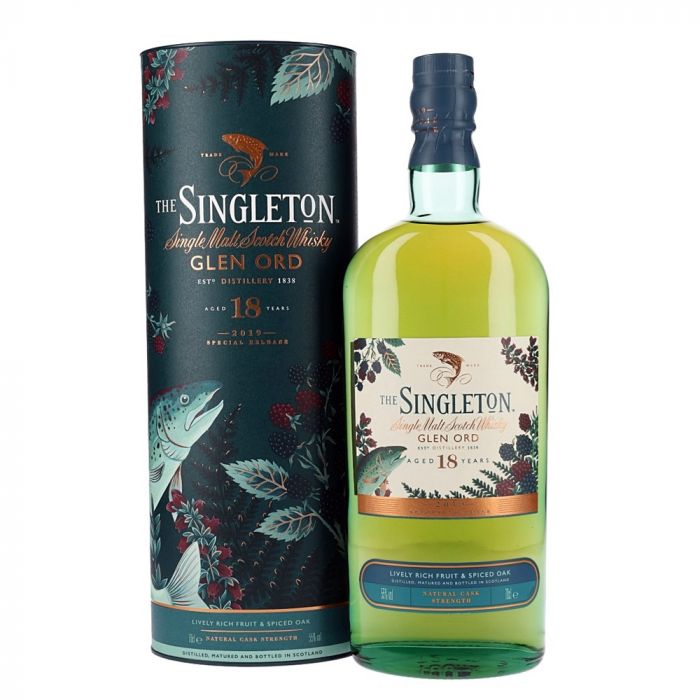 We are proceeding on our own personal time zone, which is two years behind the world. Which means that the pandemic has yet to arrive for us and we can still play five-a-side football, pass on unsalted Glencairns and cough in a shop without fearing that the special forces will arrive to take us to the nearest sanatorium. After the Talisker 15 yo, another Diageo Special release 2019: Singleton of Glen Ord 18 yo. Glen Ord is a somewhat snubbed Highland distillery. It sits north-west of Inverness and its official bottlings are few. More than anything else, it is part of The Singleton trimurti, along with Dufftown and Glendullan, all Diageo distilleries that have ended up under the same brand name as a “hat” and above all has often supplied malt for blends. But something is changing. Its ease of drinking and docile character have made it a “recruiting” malt, with an ideal profile for those approaching Scotch. Maybe that’s part of the reason it ended up in the ever-so-cool Special Releases series.

N: You know when you cut a fresh peach in summer? That’s exactly how it is on the nose. This is followed by red apple and orange, for an immediately rounded and fruity nose, a little sweaty. Freshly baked peach pie. The degree is perfect, an oily sensation emerges (hazelnuts and fruit stones). Wildflower honey and litchees. Delicious.

P: remains taut and vibrant, thanks in part to the alcohol content. The orange remains, but the spice palette expands: ginger and a clear cardamom. The age can be seen in the details, such as a touch of impregnated wood, and a chewy, oily body (linseed oil). Dry, clean and with a digression into herbaceous/vegetal territories, between nettle tea and white flowers..

Glen Ord is one of those distilleries that suffers from unfounded inferiority complexes. Never accompanied by sequins and the limelight, it actually offers solid malts with little fireworks. Here, too, the low profile is the utmost: an 18 year old bourbon from the Highlands, therefore fruity with intriguing vegetable veins, clean, tidy, pleasant and intense. Nothing more, nothing less. And yet, on the palate the extreme cleanliness and alcoholic tension make it truly satisfying. When we tasted it in London, at the presentation of the SR2019, we were amazed at how much we liked it, despite low expectations – we are happy to have the same feeling of quality and pleasantness more than a year later and in a less seductive context – because yes, our living room is very nice but London… A point less because perhaps it lacks a thread of delicacy in the mouth, but what a nice surprise: 87/100.