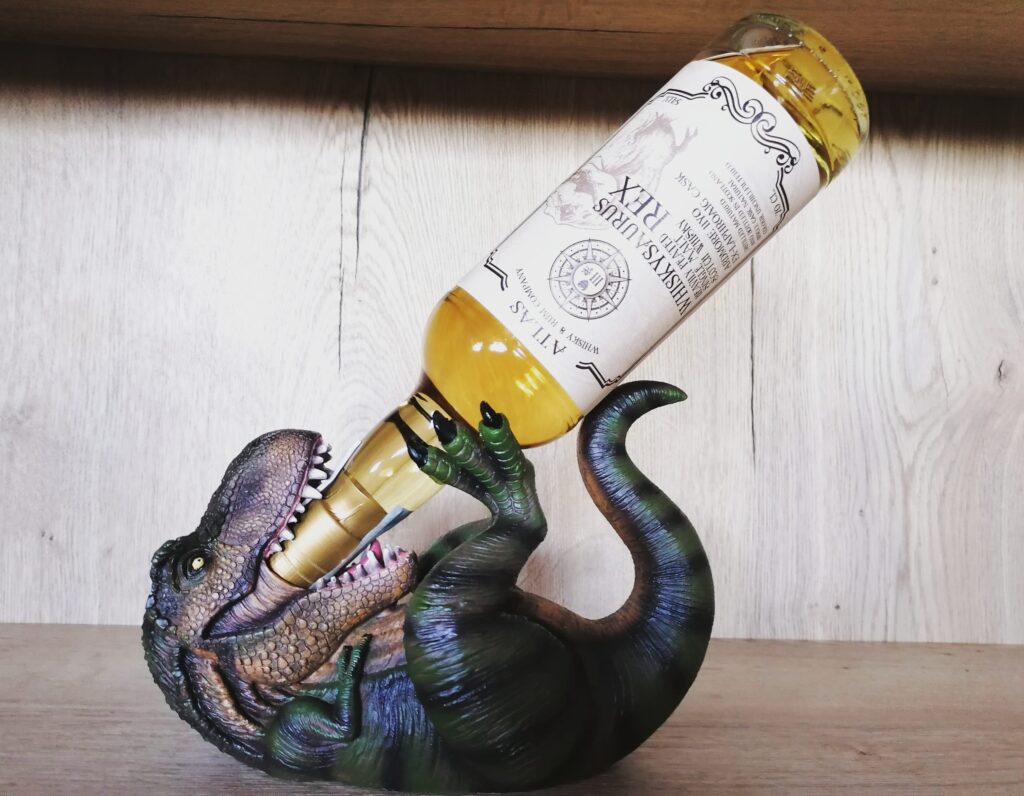 After too many weeks we finally taste, with a guilty delay, a bottling of our friend Lorenzo Lutti, owner of the Atlas Whisky & Rum Company, a place halfway between Modena and Bologna that is a real oasis for avid and ambitious drinkers. We have in front of us… Whiskysaurus Rex!, an 11-year-old single cask from Ardmore that has finished its maturation in an ex-Laphroaig cask – we are seeing this formula often, with alternate results honestly… Let’s see how Lorenzo did with the selection.

N: in the panorama of Ardmores, which in great copy have been invading the market in recent years, this definitely lies on the dirtiest side. There is a hint of salted fish really evident, notes of fisherman’s nets and black olives; also pork fat. The fruit can be defined only in the citrus part, and it is lemon, for sure. More than sweet fruit, there is some pastry: but it is mostly vanilla. Aniseed.

P: the first sensation that strikes us, and that after a while becomes totalizing in our eyes, is… the salty peanut! Unbelievable, we’ve never found so much peanut all at once, not even in peanut packets. Peanut butter. Everything else is in the background: the smoke, which is there; the lime, which is there; a very strange herbaceous sweetness (no: it’s hay!) and paradoxical, which is also there. Pure licorice and cardamom.

F: very long and clean, as clean as it can be, this Ardmore – herbaceous and persistent, with a bit of burnt wood (we correct ourselves: this burnt feeling grows quickly, and reminds us of certain Octomores), of salt, hay and lime.

A freak, of course, and from a not at all trivial person like Lorenzo we wouldn’t expect anything different: 87/100. Ardmore is an abused distillery these days, and the ex-Laphroaig Ardmores are really like parsley: but this is a great parsley, with a much more pronounced character than the average of his peers – rightly so, a Tyrannosaurus among many turkeys. This is the only place to grab it.