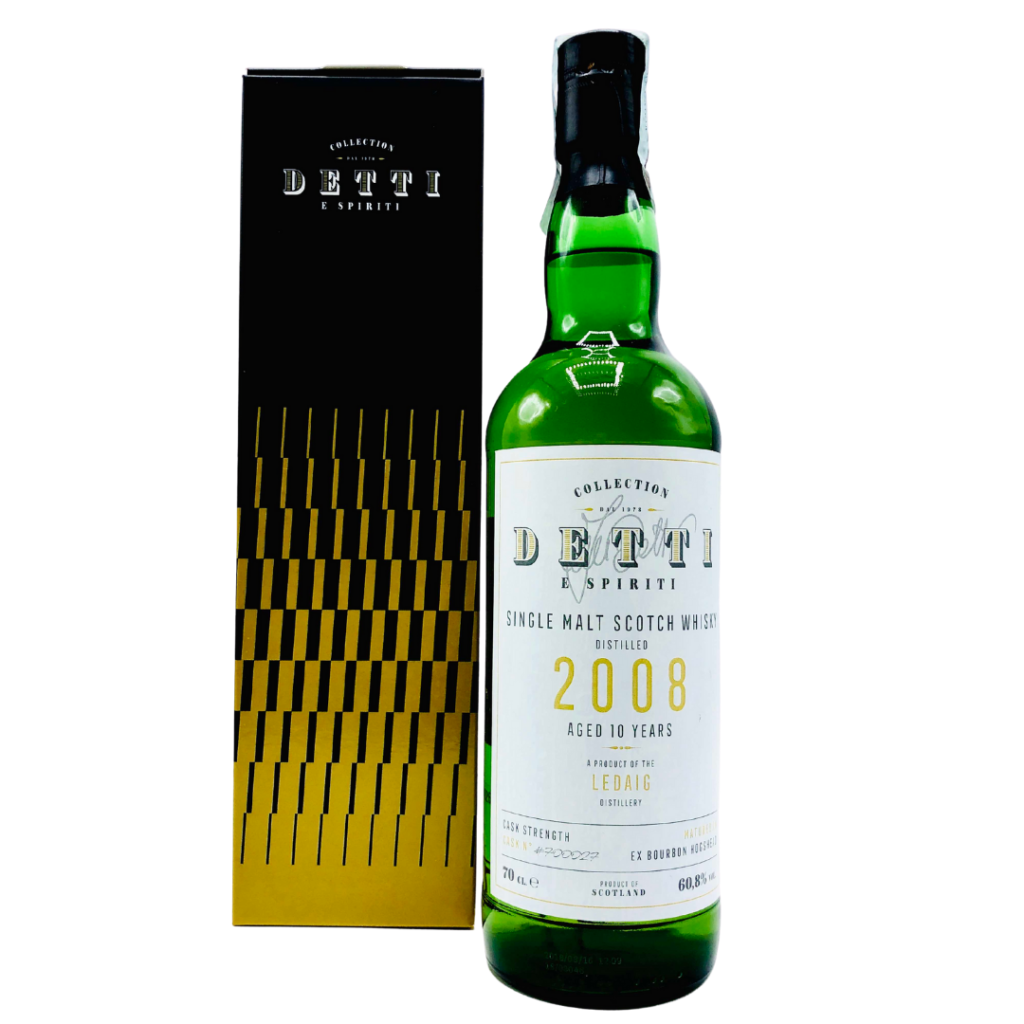 “Ledaig is the new Ardbeg”, many people have been saying for a long time: partly because Islay’s distillery seems to be more concentrated in the new sweetish freak to be put on the market at the beginning of June, partly because its barrels are becoming more and more rare and expensive among independents… and partly because, let’s face it, Ledaig can be really good, sharp, dirty and tasty – what we used to love in Ardbeg, in short, but at a very different price. Things are changing for Ledaig too, unfortunately, and the economic prices are following the quality… But we are not resigned, and we taste a 10 years old single cask selected by Fiorenzo Detti for his Detti & Spiriti, a historical reality rooted in the mists of Pavia…

N: very naked, very marine: we have notes of algae, very evident salty scents. Definitely oily, it almost reminds us of Lagavulin, to be honest: Ledaig, when he remains clean and naked, drives one crazy. The peat is very burnt, with embers, ash, soot: but be careful, there is not that fleshy component that we often find in Ledaig, it is really clean and sharp, assertive. Olive oil. Very fishy. Lemon and pepper. The fruity part is yellow apple.

P: frighteningly drinkable. Incredibly consistent with the nose, only the sweet and fruity part seems a bit more charged at first, with apple and vanilla pie to give depth. Yellow apple again. And then there is smoked fish, oil, salt, sea water… An exceptional balance.

A very ‘natural’ sweetness, from a quite naked spirit matured in an ex-bourbon cask: “a whisky that tastes like whisky”, as we like to say, and in this case it is really a nice compliment. A very noteworthy single cask, which impresses with its drinkability, albeit to such a high abv: a textbook Ledaig turned into liquid and put in glass. Congratulations, Mr. Detti (and thanks to Matteo for the sample!). 90/100.