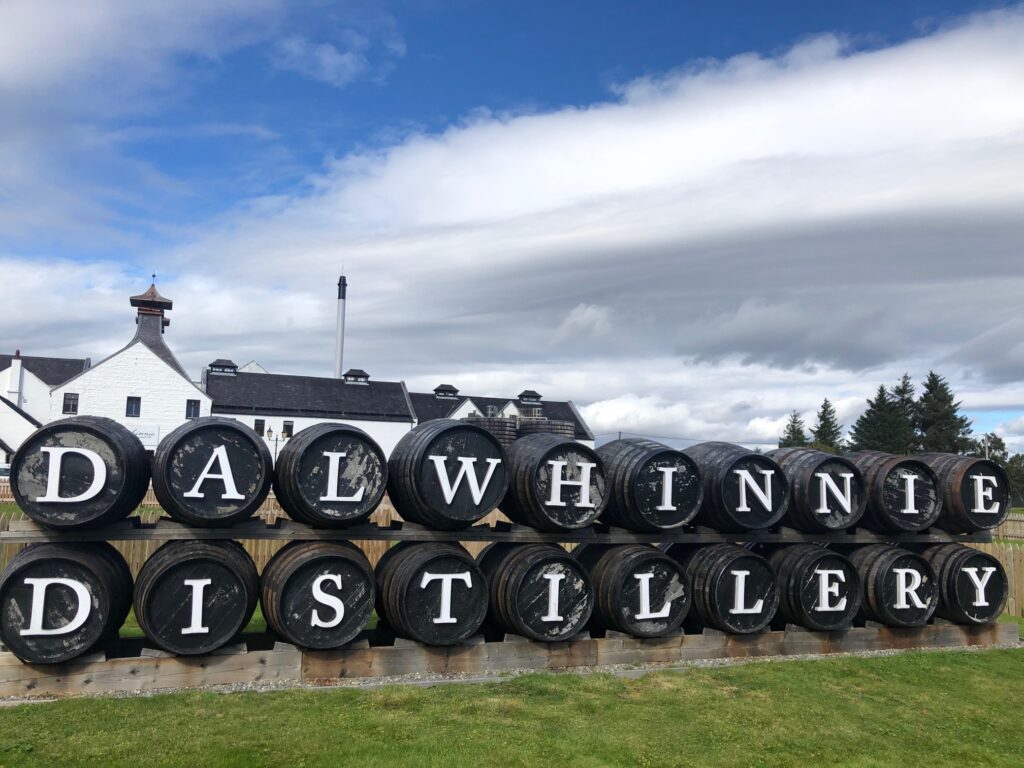 In the writer’s plans, this was supposed to be a delightful report on a long weekend spent wandering around Speyside distilleries. The ingredients were all there: the encouraging September climate, a nice bungalow in the Cairngorm National Park, about thirty empty samples to fill, masks with tartan fantasy to be pitied by the local population… In short, everything you need for a great safari of the stills. Everything ok, except the stills.

Yes, because North of the Hadrian’s Wall, Scotsmen took the Covid very seriously. Is London a bit easy going? Then Edinburgh becomes rigid. Rules, a lot of information, controls. Which translates – for everyone, but here we are talking about the whisky tourists’ community – into quite a few problems. First of all: many distilleries are closed to the public (Glenfarclas, Balvenie, Benromach…). Few, the most optimistic ones, had just opened the whisky shop for a few tastings, obviously very limited and just as obviously booked till the cows come home, which is why the tourist choose to have a nice panoramic hiking on the Benrinnes peak, with questionable results as you can see from the picture below…

Among the distilleries that offered some tasting, Glenfiddich, Aberlour and – not exactly in Speyside but not so far away either – Dalwhinnie and Blair Athol. So, on the long road back to England, the reporter opted for a pit stop in the first one, which is peacefully located just a few hundred meters from the A9 leading to Pitlochry.

Before talking about the tasting, however, one last consideration. In the meantime, the “rule of six” issued by the British government, which prohibits any gathering of more than six people both inside and outside, has further damaged distilleries’ reception. And the few tastings for visitors have been cancelled. The phenomenon is global, it is known, but from the point of view of Scotch, which in recent years has seen an explosion in distillery tourism (2 million visitors in 2018), a prolonged stop could be dramatic. If fans cannot go to the distilleries, who knows that the distilleries will not invent a way to reach the fans…

This is the end of the sociological-economic rigamarole, so let’s talk about the whiskies we tasted: the 15 year old, part of the Diageo Classic Malts, the Winter’s gold, the Distillers Edition and the Lizzie’s dram, bottling available only at the distillery. All in pairing with various pralines by Iain Burnett, Highland Chocolatier. Just between us, the sooner this fashion of pairing whiskies with chocolates (which inevitably destroys every flavor and makes every distillate taste as bitter as gall) ends, the better.

Dalwhinnie 15 yo (2019, OB, 43%)
An old version has already been reviewed here, but in the meantime water under the bridge and spirit into the swan necks, so it is worth seeing how this expression has changed. The nose is sparkling and familiar, it looks like that nice friend you’ve always had a good time with. Crunchy apples, lemon sorbet, white peach. From these first notes, it would seem soured like an old aunt, instead it is fresh, with a wonderful note of hay and heather. And a whiff of smoke, fragrant.
In the mouth is again good-hearted, generous in its malty sweetness: the apple is ripe, there is apricot jelly. Slowly it dries, dried herbs and grapefruit sprout, a pinch of wood that prolongs in the finish. Here it becomes honeyed and spicy. Ambrosoli candies and a touch of candle smoke, delicate.
A perfect playmate, it has a unique bonhomie that communicates pleasantness. The dirtiest part, compared to the ’90s version, seems to be less pronounced and comes after a good match between fruit and malt. A hymn to the ease of happiness. 85/100.

Dalwhinnie Winter’s gold (2015, OB, 43%)
Proud of the fact that it’s f*ing cold in Dalwhinnie in wintertime, the marketing team has been very busy focusing on the most inhospitable season. To exorcise it, they gave birth to a NAS that can actually work in front of the fireplace. The nose is very round, with fruit bubbles and caresses of sweetness. Frosted red apple, dried fruit (almonds), melon, sweetened orange juice. Then vanilla, Paradise cake and poutpourri. A thread of incense to intrigue a crowd-pleasing smell.
The palate remains in the diabetic part of the sensory spectrum: fruit syrups, canned fruit salad. It has something artificial and processed, perhaps a cardboard hint, but it is not unpleasant. Behind this curtain of sugars, however, there is an interesting touch of burnt peat, which in the end – along with fresh wood – becomes more distinguishable: who dredged our syruped fruit with cigarette ashes?
A nice toy, one of those according to EEC regulations that are absolutely safe for adults and children. Not those toys a bit boring, however. All in all, fuller than expected, with an extra touch of complexity. Grandma, if you give it to us, we promise to be good boys. 81/100.

Dalwhinnie Distillers Edition (2004/2019, OB, 43%)
Here you have to split, like an atom. Keep aside the subjective taste that does not get up for the wave in front of the sweet malts and limit yourself to the cold analysis, impassive as coroner. The Distillers Edition is the 15 years old, finished in Oloroso barrels, so you expect richness, like when you enter Hotel Ritz. In fact, the nose is opulent and fragrant, and next to the usual red apples emerges a whole portfolio of sherried sensations, from peach jam to toffee. All of this, however, firmly in balance, without becoming cloying. There’s a thread of dust to give a darker dimension. English Breakfast Tea, interesting.
It is persuasive on the palate, it knows how to seduce you and when it’s time to stop. On the one hand, it is consistent with the nose, rich, caramel and pecans cake. On the other hand, it does not give up an almost floral aroma, even fresh apricot at times. The third side of the medal (it is a 3D medal, so what?) is instead a nice malt, embellished with light spices and an air of coffee. Spices that are prolonged in the finish, drying it: the pleasant sweetness is flanked by ginger and a tea infusion astringency.
Let’s recover the coroner’s gown: these Distillers Edition are always a bit bold and sweet, and therefore divisive, but here we see an almost perfect squaring of the circle. A well-constructed and chiseled malt, which does not indulge in excessive dessert notes, with a drier and more discreet finish. 85/100.

Dalwhinnie Lizzie’s dram (2018, OB, 48%)
Limited edition – 7,500 bottles – dedicated to the thirty-year career of Elizabeth Stewart (retired from 2018) and available only at the distillery shop. A sumptuous and old-fashioned celebratory malt is expected. Instead, we have a pale NAS right from the color, which releases youth from every pore. Are you sure this is not the bottling dedicated to the teenager intern? Certainly it is the most naked whisky of the four: pear, green apple, white melon, unripe pineapple. Bread dough and something herbaceous, between lime and mint. A trickle of smoke? Certainly an idea of soap.
Even in the mouth it remains young, with sweet lemonade and sweet licorice on the shields. It throws out a little alcohol (it’s the only one at 48%) and something dirty, like sooty metal. Have you never bitten a muffler? Anyway unripe, like the green and peppery wood with which it closes an almost peaty finish.
Not a dramatic drink. But an immature and unripe whisky, as the teachers use to write on the report cards. Not unbalanced and with a nuance even curious, but simple, without malty notes and with a basic and sugary fruit. 79/100.