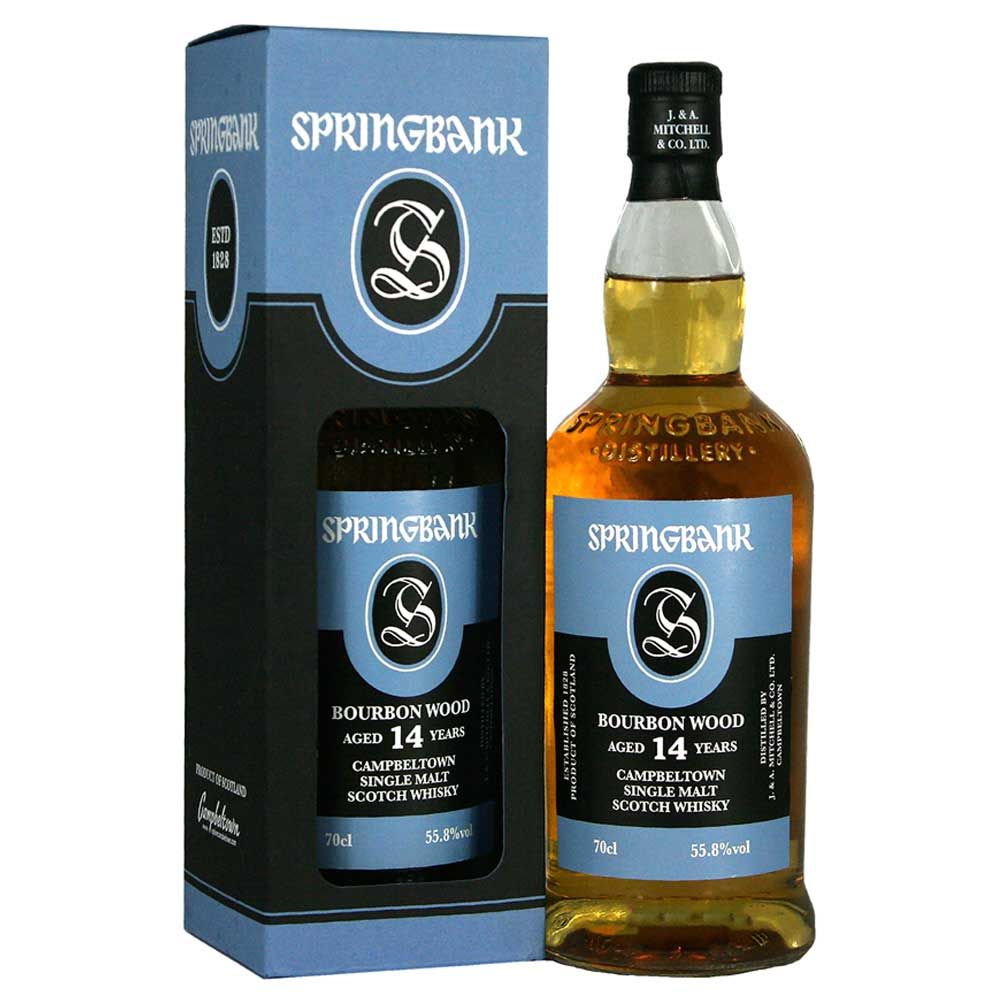 In October 2017 the bad boys of Springbank surprised the fans by releasing this limited edition (9000) bottling, characterised by a choice of ageing woods quite particular by the distillery’s standards. In fact, only ex bourbon barrels were used, both first fill and refill. The choice is unusual because even for the entry level version, the 10 year old, the recipe is a mixture of ex bourbon and ex sherry barrels. To find an American oak maturation, you have to rely mostly on single casks, which unfortunately are very little inflated – and when they come out on the market, they disappear in half an hour. So curiosity mounts out of all proportion, salivation increases, pressure rises: we are determined to go all the way.

N: the unusal ageing is immediately evident, with dazzling notes of banana ice cream (the one on the stick from our childhood). Very rich, with vanilla, paradise cake, custard; also a buttery and sugary note, let’s say vanilla pudding. At times it seems to smell like fresh butter – but perhaps it’s just the prelude to those whiffs of sea air, iodine and mineral scents, so dear to the distillery. Not the most complex of Springbanks, but what a quality… The addition of water opens up the hardest side, returning notes of cigar humidors, pipe tobacco and spicy wood.

P: simple but concrete. Again the path begins with the yellow and creamy sweetness of bourbon, with custard, banana and vanilla; then it opens on the austerity of Campbeltown, with the sea and a mineral peat principle, very earthy and savoury. At last some beautiful notes of pipe tobacco, with spices.

F: long, persistent, the sweetness remains but soon leaves room for a sense of dull cigar, of flavored pipe tobacco.

During the review we didn’t mention the ABV, which is already a value in itself. We can only reiterate what has already been written above: good, very good as it almost always happens with Springbank. Less nuanced and mottled than other expressions, but however showing those mineral and marine characteristics typical of Campbeltown distillate in the foreground. 87/100 seems to us the right compromise; it is still on the market at about 100€.