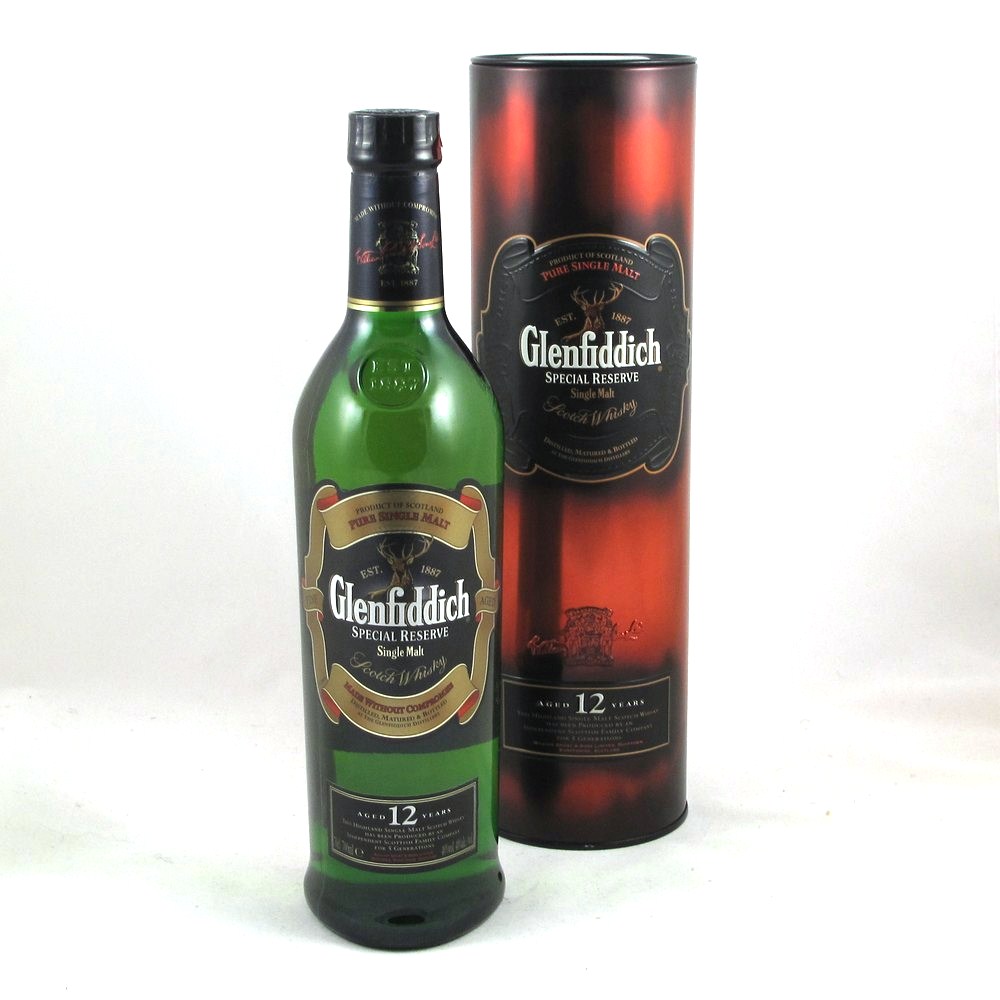 Glenfiddich is the best-known single malt Scotch whisky brand in the world, and at least until last year it was also the best-selling (Glenlivet took the first step on the podium, we’ll see how it goes in the future). However, several years ago it was a Glenfiddich 12 that gave us the first impulse towards Scotch; even before tasting Mortlach Flora & Fauna (a real point of no return in our education), on a Bolognese evening now faded into memory, we tasted the last version of the ‘classic’ 12 years old… On the box it was written that we should have found “vanilla and pear” on the nose: mistrustful and already drunk, we played with our sense of smell, and – shock! – we recognized those two descriptors! Ah, the power of suggestion… Today we will not sink our nostrils into that same bottle, but into its direct predecessor: always 12 years old, but bottled between late 90s and early 2000. Vanilla and pear again?

N: simple and warm, definitely pleasant. There are fruity notes: pears (honestly, very faint compared to the more modern editions), peaches in syrup, caramelized fruit, generically; melon; but also raisins and lots of apple. Citrus notes (orange peel). Fully integrated to these, there are clear malty suggestions, which we would describe as dried fruit (hazelnut above all) and something biscuity (rusks, specifically). Complete with something roasted, perhaps coffee beans?

P: a light alcoholic note accompanies the experience, which is really consistent with the nose. The body is more dignified, and very full flavors are given: based on dried fruit first of all, especially hazelnuts; and then again fresh and caramelized fruit, again very ripe apple and raisins prevail. Later, crème caramel and a touch of caffelatte.

Okay, we couldn’t relive the extraordinary shock because we didn’t recognize the evidence of vanilla and pear – and yet this twelve-year-old boy is very pleasant, perhaps even surprising, to be honest. Despite a certain and undoubted simplicity, we reward the fullness, persistence and overall quality of aromas and flavors with a little extra punch. 84/100 for an excellent entry-level whisky, which frankly seems to fully justify its overall success.

Recommended soundtrack: The Stylistics – Can’t give you anything but love.