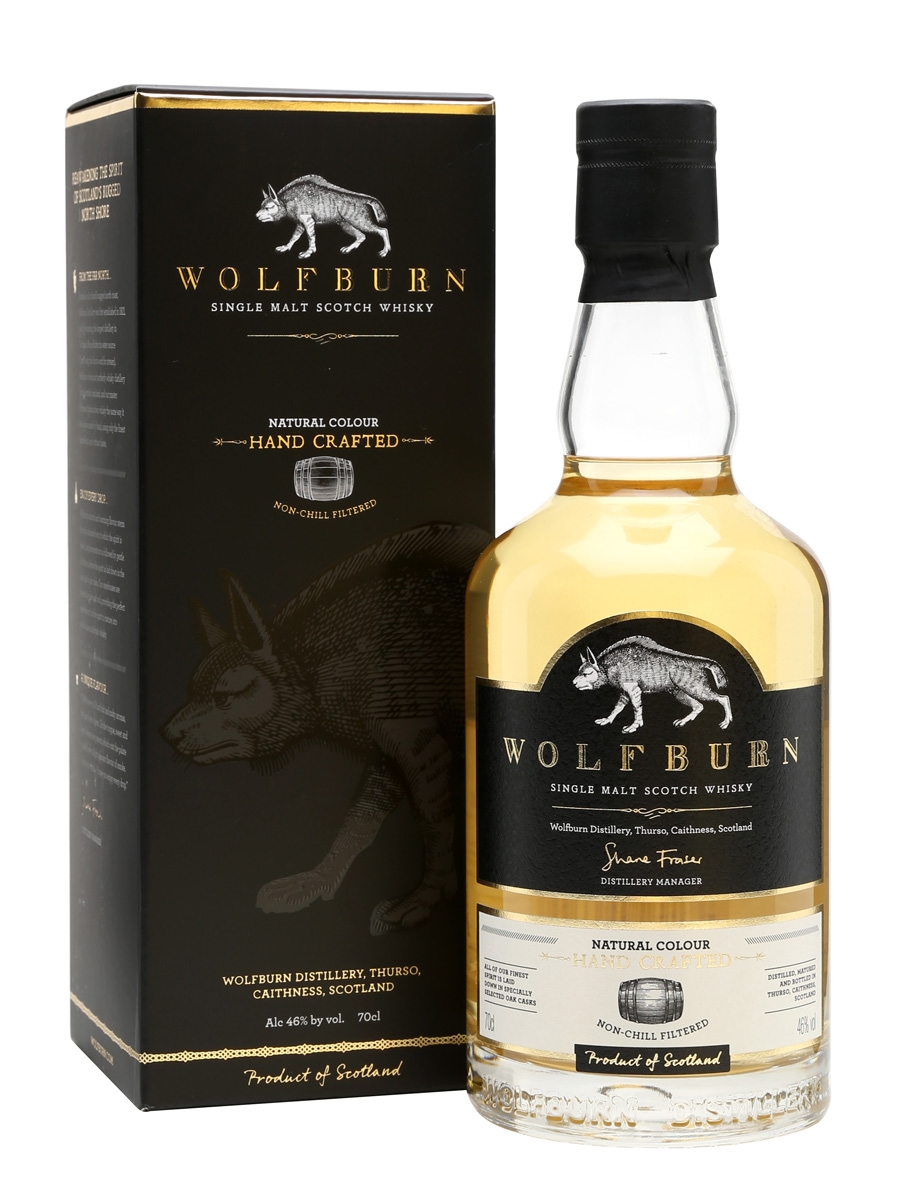 In the small town of Thurso is located Wolfburn, the northernmost Scottish distillery (except islands). We have been following it since the foundation stone was laid, because it has a craft production and it claims to respect the true Northern Highlands style. We have been waiting its first bottling for so long (three years, a crumb in the everlasting leavening Time’s bread), and now we sample it with curiosity. Here you can read an interesting (and concise…) reportage by Joav, sharing amusing anecdotes like: the air conditioning system consists of a portcullis; the fermentation takes 67 hours; the stills of the small distillery are two for a production of 115k liter of spirit per year. We sample the first official bottling, a 3 yo brought to Italy by the brave Andrea & Giuseppe, Milan Whisky Festival organizers.

N: incredibly opened and free of alcoholic notes. It suddenly discloses a lively intensity and a nice personality, that we appreciate a lot: because it’s not only young (green leaves, yeast and lemon) and bourbon oriented (liquid sugar and grape, not vanilla), but it’s mainly marine and briny. It’s surprising and astonishing to find such a proud Highlands’ character after only three years in the cask. Brine and sea breeze assure a further depth to a whisky with a medicinal profile, that reminds the dentist’s studio. It’s rather mineral, with wet rocks on the seaside, too (and we suspect there’s some peat, here).

P: very mellow, with a wonderful body. At the beginning it’s a marine explosion, with sea salt, brine and a touch of yeast. The sweetness is still elegant but much more pronounced compared to the nose. Pear (pear sherbet?) reminds us a profile that we already met before… Caol Ila! The sweet layer, in fact, is followed by a gentle but evident touch of peat, even though the Islay’s peatiness is of course more lively. Again a TCP note.

F: the smokiness is rather prolonged, matched by salt, vanilla and sugar. Yeast is again a youthful folly.

We described it as an already mature whisky, in spite of his young age, briny and rather peaty. After the tasting, we had an epiphany reading its ageing statement: it has been matured in quarter casks that previously held Islay peaty malt (someone says Laphroaig, that accidentally releases a Quarter Cask bottling…). Good job, Wolfburn: if you keep this up, your whisky will be a champion: 86/100. (Too generous for a 3 yo? Well, we definetely enjoyed it, and we’re not the only ones).