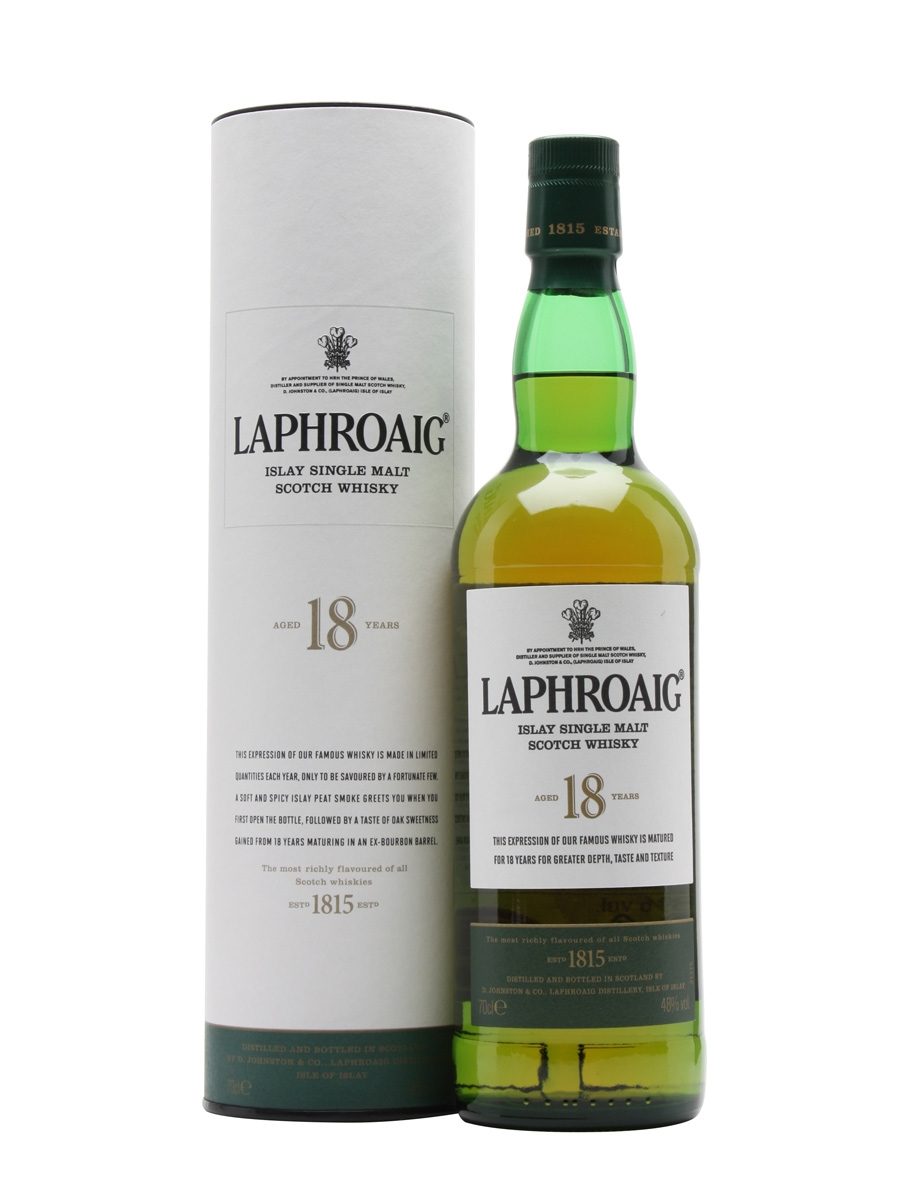 Between the end of 2009 and the beginning of 2010 Laphroaig decided to retire from the market a historical expression, the 15 yo, swapping it with the older 18 yo with higher abv (48%) – needless to say, this change has been controversial and painful for some of the fans. With time people got used to it and, despite some nostalgic of the 15 yo, everyone got used to the 18. At least until last year, when for the bicentenary of the distillery the 15yo has been re-launched! So far it’s a limited edition but (someone says..) from the end of 2016 it will replace the 18 yo, bringing everything back to normality. Just in case, let’s try it until we can, since it’s still in the core range: let the tasting begin!

N: paradoxically, compared to a really basic bottling of Laphroaig, the Select, it has a slightly less expressive nose at first, more contained, more pungent. But it’s just the beginning: after a bit of time it gets more docile, opening first of all to a very seducing sweetness, in between a vanilla cream and some astonishing notes of tropical fruits (ananas, even perhaps maracuja) – if you know us, it’s obvious what we’re going to write: fruit pastry. Elegant and chiseled is the smokiness, also if relatively shy, with notes of smoked tea; also the marine side is there but just a vague hint, and almost non-existent is the medicinal side.

P: great intensity and structured body. The path is clearly split between at first a composed elegant on the islander side, with sea water, pungent and earthy peat, savory, without exceeding; afterwards, right away, an eruption of sweetness, between ripe peaches and a very exuberant and intense tropicality (maracuja, mango). Also vanilla.

F: the sweetness of fruit and vanilla takes the scene, leaving only a hint of pungent and smoky peat. No sea water.

No discussion, it’s really good. Atypical, compared with certain constants we love in Laphroaig: atypical hence incomplete (where sea and medicines ended up?), but we’re comparing a real malt with a malt
who exists only in our hearts, so we overlap judgment to a prejudice, and that’s not good. In particular because the overall effect is of great elegant, very pleasant with a high level of intensity. 87/100 is our opinion translated into number, to testify the great quality of a whisky that, unfortunately, is over.