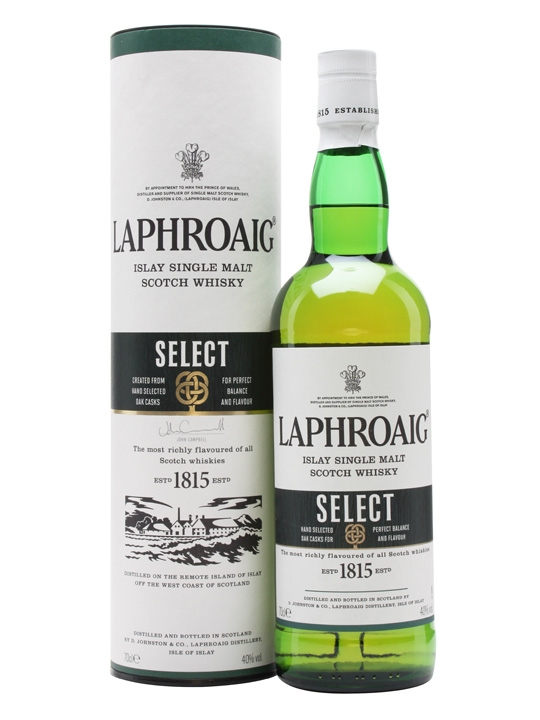 Ok, listen to this: in Scotland there is one of the most reputed distilleries, because it’s more than 200 years old and because it produces one of the most peculiar spirits in the world. Along with many lovely OBs and tons of unforgettable single casks, this distillery has a very popular release, distributed all over the world. This release is 10 years old, and even if maybe it ain’t so stunning as it was 20 years ago, it’s still very well reputed: it may be a bit simple but it’s very singular, it has a strong identity: the identity of a straight peaty and iodine whisky. And because of that, people like it. Then, out of nowhere, the owners decide that it isn’t enough anymore: along with this expression, they will vat whisky without an age statement (so less than 10 yo) matured in ex Oloroso, ex Pedro Ximenez, ex bourbon first fill, american oak virgin cask and quarter casks. The end of the story is down here…

N: very aromatic, for sure quite open: and again, at a first nosing, some of the various casks must have been quite full of itself (maybe virgin oak? we’d bet on it…). There’s a feeling of wood shavings, quite evident: then we find an heavy touch of lemon, a monolithic vanilla sweetness, even some sweet cheese (emmenthal); some maritime peat, acrid and smoky, even if it’s a bit delicate, if you campare it to the usual standards, while there ain’t no medicinale side, not at all; above everything else, actually, there’s a pungent note of a young spirit, of fresh malt, yet to be refined. It must be nosed fastly, because after a while it kind of disappears.

P: light body, and quite punchy if you read the abv. The smoky side is much more present, with an extinguished cigarette, acrid smoke, some damp earth; there’s no sea (it will come back later), but what hits you the most is an heavy sweetness, woody, with intense licorice, cereals (we’d say sugared corn flakes). Drinkable, but extremely simple.

A Laphroaig deprived of its most typical style (but we know that some things must be looked for in indies, nowadays); simple, and as we already noted for the Ardbeg Blasda, it’s a peaty dram that possibly will crush who never tasted one and attract him in the web of scotch: but if we had to bet, he won’t stay attached to this for long. Perfect for mixology probably, with strong, simple, sharp flavours. 75/100.