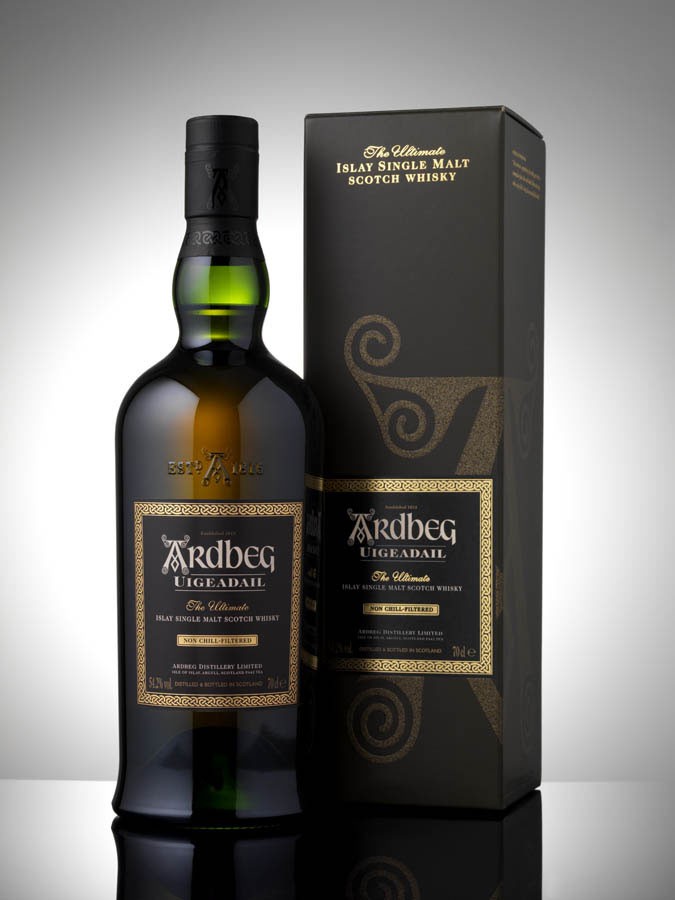 After Ardbeg Perpetuum, that was a flash in the pan indeed and won’t last in the distillery’s bicentenary history, let’s come back to the distillery core range. Uigeadail is considered the crown jewel among the standard bottlings, also thanks to a good value for money (about 70 euro) and it is a no age statement coming from a mix of both ex bourbon and ex sherry casks. Since the first expression, in the far 2003, Uigeadail has been able to keep the level well above the threshold of sufficiency, we’d say one step closer to excellence. We already drank the 2011 version and it was great. Today we taste a batch from 2014.

N: we immediately enter a garden of refined delights: sherry influence is clear, with strawberry jam and cooked plums. It’s all really intense! Occasionally there are amazing red apple notes melted with orange liqueur, then mixed suggestions of banana, tarte tatin, juicy tangerine. The briny side is remarkable too and it recalls salt boat strings. Peat, along with a strong smoke, smells like a small port, with wooden boats burned by the sun, salt and cherosene. In the end, this rich menù offers leather, pine needles, chocolate and black pepper.

P: palate has a circular route, beginning with an intense peat smoke (leather, barbecue, embers), going through a variegated and powerful sweetness, though not ‘cheap’ at all (strawberry, apple chips, chocolate and tangerine). And the circle then closes with a tarry, iodine  magnificent note. A little pepper, again.

F: ah the palate pleasures… They repeat themselves endlessly!

Comparing this 2014 with 2011 version, we may notice a more balanced profile: while for the first one we had described a “furious whisky forged by incredibly active barrels”, this more recent version seems to be the result of a more balanced construction, even if with a brutal nature that is unique in its kind. In the end there’s no doubt this is contemporary style of Ardbeg, but hey, who says Ardbeg can’t do great things nowadays?! We surely won’t: 90/100.