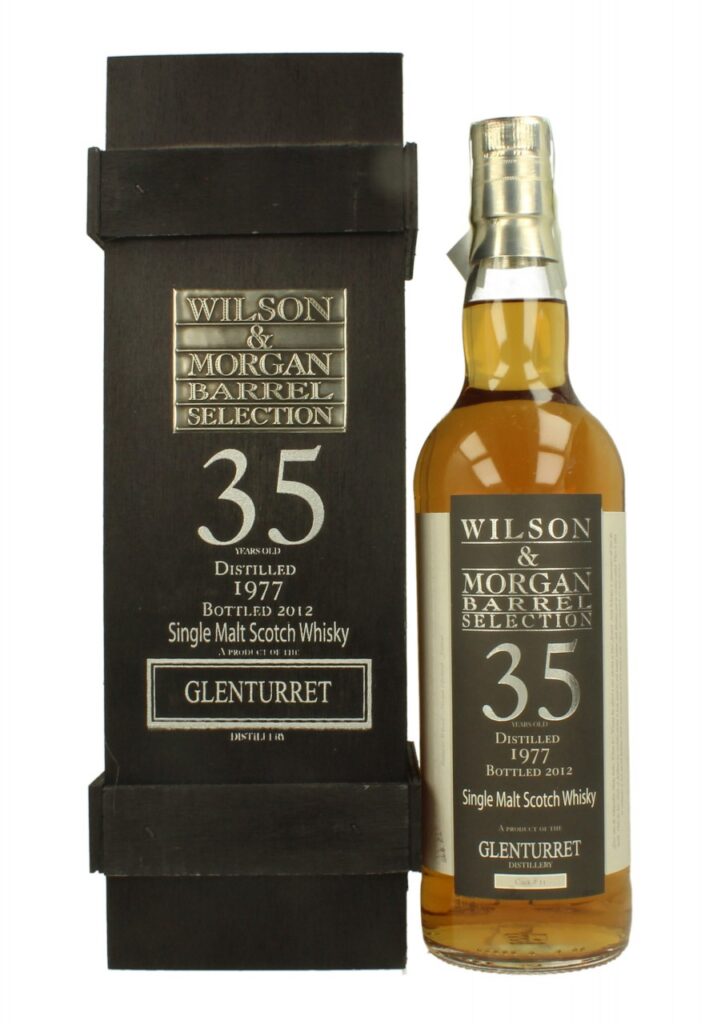 We’re still tired after the football tournament played on the Ardbeg Day (or is it the hangover caused by the generous Moet open bar?), but now it’s time to come back to work. Some days ago we tasted a pleasant indie Glenturret, and now we want to compare it with a Wilson&Morgan bottling which could be its father. 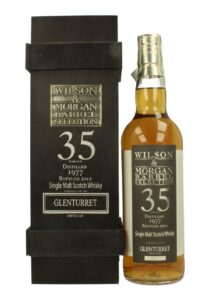 N: actually, the comparison is rather challenging. The only shared notes are a nice hint of orange peel and an intense, buttery maltiness. Together with a fruity side, focused on juicy, ripe peaches. In this second Glenturret there’s also a powerful sugary wave, reminding of charamelized apples, honey, propolis candies and figues jam. Of course, the long maturation makes its mark, with wide whiffs of oak, not overwhelming yet. A majestic corollary of spices and aromatic herbs (rhubarb, chamomile, Ferrochina). We recognize also some sugared milk.

P: partially surprising: we expected a gentle caress on the palate, instead we are bombed by exciting bullets of fruit juice. What a complexity, indeed. There are “off” notes rather dominating: beeswax, propolis, a hint of rust. Hay. Then, cascades of super-intense honey, reminding of Middle East pastries soaked in honey. Do not forget oranges, still very evident. With time, it gets drier and it closes on a beautiful comeback of oak and nuts, which…

F: …drive an infinite finish, embellished by an unexpected wax. Honey and rhubarb.

We must admit this amazing dram wasn’t simple to review, and we’re still not sure if we managed to fully understand it. We feel like we’ve explored just a half of the wonderful world of suggestions hidden behind this whisky. It’s a deeply multifaceted malt, almost elusive if you try to analyse it “scientifically”. For sure, it avoids the “dead liquid effect” (such a technical jargon!), common weakness among the over 30 yo whiskies which have been overwhelmed by the cask. Actually, it’s still a distillate of remarkable consistency and exceptional intensity. It bears the mark of greatness and we celebrate it as it deserves: 92/100.