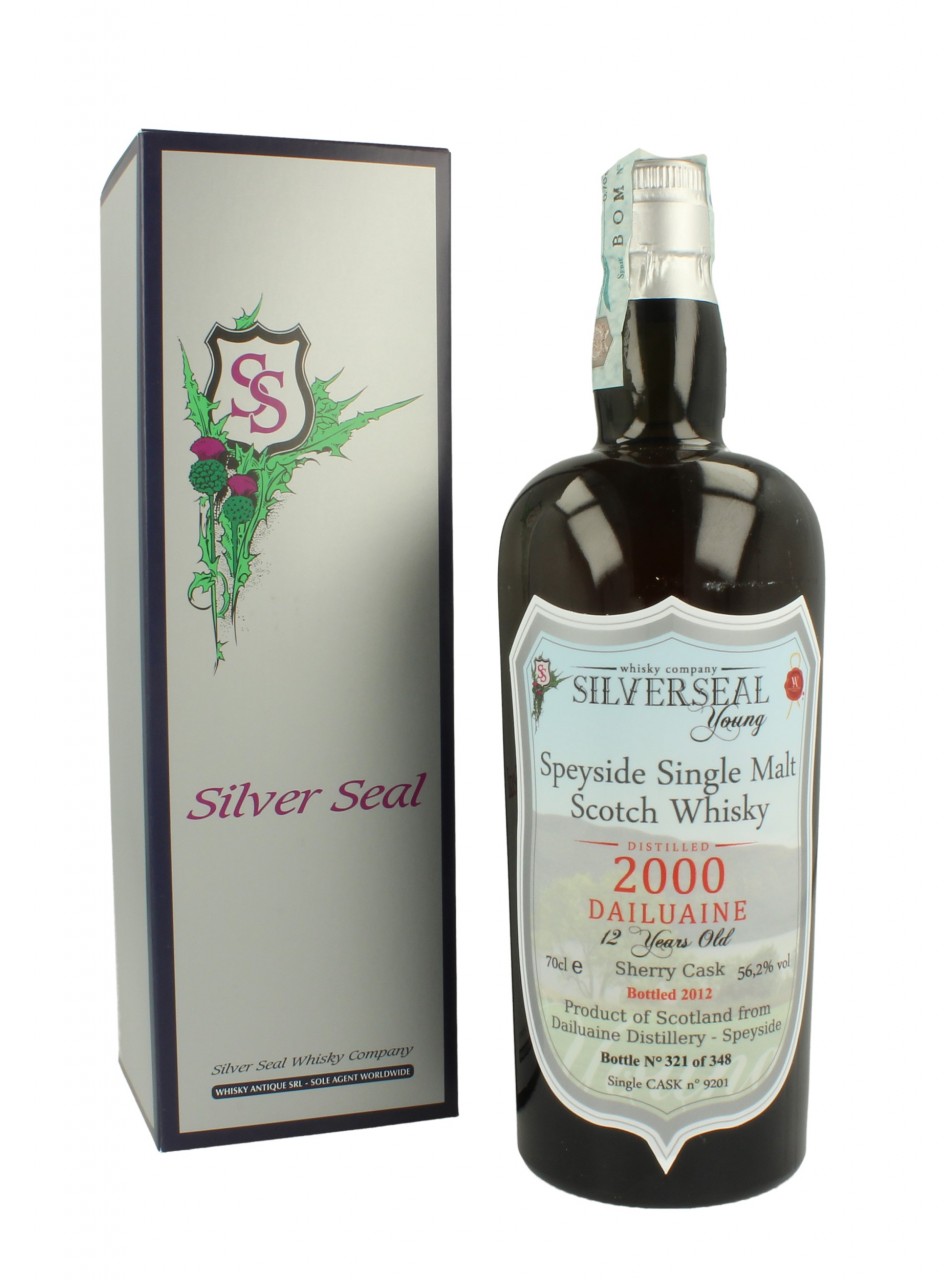 We’re back in Formigine to taste a 2000 Dailuaine, bottled by Silver Seal at the end of last year in a brand new serie called ‘Silver Seal Young’. The shield labels are a clear reference to the old Sestante legendary bottlings; this serie will feature younger and cheaper malts compared to the regular Silver Seal offering. This Dailuaine was matured in an ex-sherry butt, and it already won a Whisky&Lode prize during Roma Whisky Festival. Color is copper.

N: pungent, it needs to breathe. After a while, here comes a deep and intense maltiness (well, notes of… warm malt); we’d bet on a refill sherry hogshead, there’s little sherry influence here. But red fruits are here, with some tobacco, cigar, leather. With some time (with some air), it becomes creamier, with caramel, chestnut jam, catalan cream. Herbal, with spiced tea and balsamic hints. Water makes it a bit ‘cleaner’.

P: almost dry; a lot of malt (rusks, brioches), very nice. Crystal clear and powerful, caramel and toffee, panna cotta… Sweet but not too sweet, with herbal notes that tend to play down the sugary side (tea leaves). You can feel its youth, but it’s damn good! Bitterish and kind of peppery towards the end… Tobacco leaves, exactly. Chestnuts and chestnut’s cream.

F: again malty, intense, with intermittent bittersweet notes. Panna cotta, herbal notes, chestnuts cream; peppery. Is it that we’ve had too much or… it even seems kind of smoky?

The prize won in Rome is a great recognition of an easy drinking single cask that puts the maltiness in the very center of the stage: the cask gives its interesting contribution, without getting pushing or invasive, with herbal and bitter notes that perfectly mingle with the sweeter profile. It’s a simple dram, in the end, but everything is in its right place: if this means something, it’s a whisky that tastes like whisky, and we tend to like whisky, you may have noticed. 87/100 is our vote.