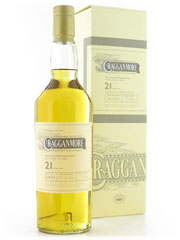 The last edition of Milano Whisky Festival is now gone, after two wonderful afternoons literally immerged in the “Spirit of Whisky” – a lot of great malts, passion and curiosity by the people who attended the festival and availability and courtesy of all the guys we met at the various stands. While we try and manage all the samples we brought home from the fair, let’s taste a dram we’ve had at last year’s MWF: Cragganmore 21 yo, from the Diageo Special Releases 2010 – the core bottle is the 12 yo, well known for its elegance, let’s see if that character remains after 9 more years of maturation.

N: without water, you can feel the alcohol; the first nosing is fresh, fruity but a bit acrid, it reminds of unripe prunes; then raisins, but you definetely need some water. It opens up aromas, all delicate, on fresh fruit, raisins, almonds, ripe pineapple. Water brings out some woodiness (and some vanilla) too.

P: pungent if had neat, but very herbal and fresh. When the bottle was just open, the very first note was mint, but now it’s gone. With water, fresh grass and hay stay predominant, but after a while it’s the cask that start speaking: vanilla, licorice; then some overinfused herbal tea, citrus, a gingery note.

It’s a fresh and delicate malt, more than expected actually, after 21 years of maturation. It’s pretty complex of course, and what we tend to really like is how every aroma detected is delicate and balanced in harmony. That said, from a 21 years old malt (that used to cost around 170€) we expect more than a refined pretty boy. Because of this, our vote will stop at 83/100.

Recommended soundtrack: Metronomy – The look, from the album The english riviera.