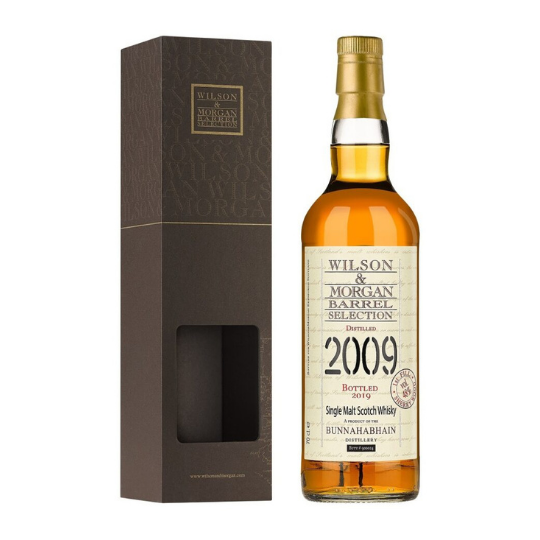 Not even a couple of months ago, in early October, as you know, the Whisky Revolution Freedram 2020 was held. We have already talked about the beautiful Sunday in Castelfranco Veneto, so we will not repeat how much the memory of that day – now that we have been in captivity for weeks – seems like a mirage. One of the funniest things thought by the organizers was the initiative “Be a gentleman”: those who offered a bottle could drink from those brought by the other Sirs and Lords equally generous. In the hullabaloo, we saved a few samples and slowly we will taste them to evoke that world made of freedom and a lot of single malt. Let’s start with a Bunnahabhain 10 years of Wilson & Morgan (first fill sherry butt #900024) brought by the gentleman notary Corrado De Rosa and his friend Filippo, an esteemed cardiologist. Now forgive us but our butler has just told us that the Bentley is ready to take us to the club for tasting, don’t hold us back any longer.

N: we’ve had quite a few whiskies by Wilson & Morgan, and also this Bunna bears the unmistakable seal of their sherry bottlings. They are unique and shameless, beautifully arrogant and self-confident. The nose is a compendium of classic hints: caramel, raisins, various spices (cinnamon and nutmeg), peaches in syrup. Then there is a voluptuous waterfall of chocolate, but not pure: something more spurious and messed up, like Ritter stuffed with raspberry or Mars. Also cappuccino. If, however, you go deeper, here is the island of Bunnahabhain that so many hearts have broken. Not exactly stormy sea and iodine, but something more umami, like mussels before being cooked. Coquillage in disguise! The amazing thing is that such a combination seems almost natural and doesn’t punch like certain combinations in modern fashion. Sweet licorice.

P: let’s stay on the licorice, but the strawberry-filled Haribo. Again lots of milk chocolate and raspberry. Palate quite consistent with the nose, perhaps with a little more leather. There is an underlying flavor, but the marinity was more evident to the nose. Less cinnamon and more cardamom. The drink is pleasant, the body full, with a great unexpected protagonist: tamarind! The saraband closes with a citrusy note of orange almost passed and a discreet vinosity.

Not even such an inordinate use of sherry, evident and muscular, can erase Bunna’s DNA, which is a bit like the last Japanese in the jungle: he doesn’t care what barrels he uses, he will always resist with his marinity and his sapidity, even if here in a lesser tone. Made the tare of youth, it is a very satisfying and enjoyable whisky, with chocolaty wolverine aromas and a nice fortified wine acidity that balances sweetness. Lord De Rosa, our dearest homage: 86/100. It is for sale, among others, on whiskyitaly.