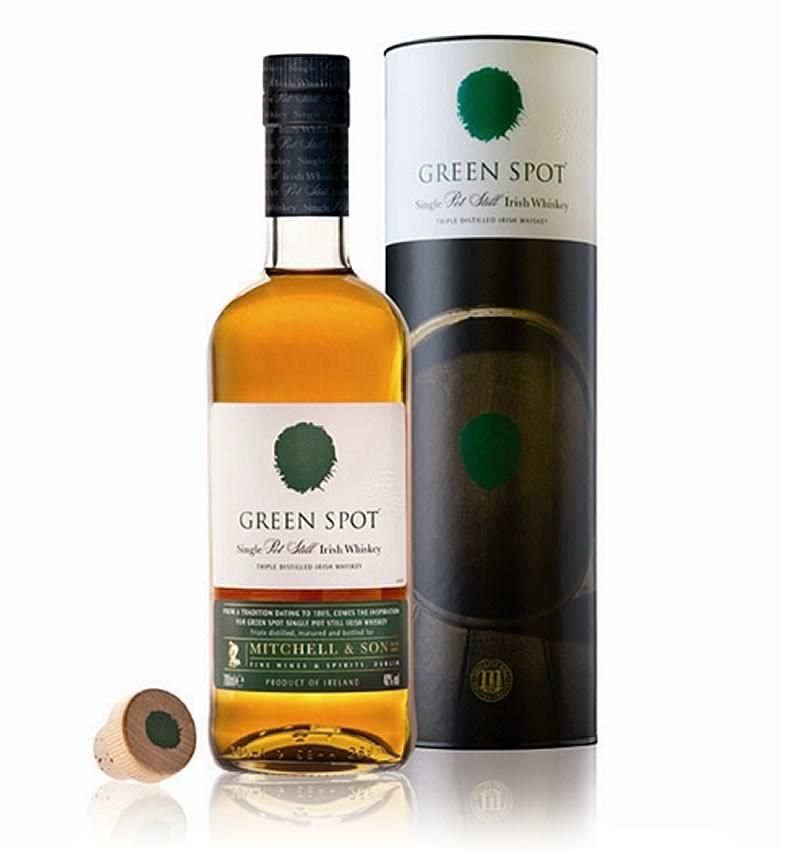 Directly from last week’s Blind Sessions, here comes a mysterious sample where, as we discovered later, someone poured Green Spot, a Single Pot Still Irish Whiskey produced at Midleton Distillery: it is a no age statement whisky, but we know it’s between 7 and 10 years old and matured in virgin barrels, ex-bourbon and ex-sherry casks (the latter for 25% of the blend). Just remember we tasted it blindly!

N: Oh what a fruity profile! Melon, orange candy, orange juice, lemon zest. It must be the coming summer, but we would also say “percoca” peach. However fresh fruit. There is also a touch of impregnating agent for wood, that is a bit aggressive, then gradually softens. Next to it, there are also an almost oxidized patina, copper. Worm tubs?

P: sweetness sweet sweetness. It’s clear that it’s an official bottling. Pleasant and delicate together, so sweet, a bit cheeky but consistent with the nose. It looks rather young, the fruity side is sugary: orange liqueur and fig cakes, but not the Middle Eastern ones, a bit more industrial. The hints of orange are like angostura. Quite full bodied, plenty of caramel and vanilla. Freshly painted wood. Not the most original profile.

F: spicy, not particularly long. Again sweet and sticky, caramel and wildflower honey, not clear if pleasant or not.

Well, Green Spot is a whiskey to be drank without too many existential and philological disturbances. The fruity nose catches you in an instant, the palate instead emphasizes an easy sweetness, which while being trivial helps drinkability. One of us had assumed it was a premium blended and indeed the sweetness comes from grain. Another suggested a Scotch aged in virgin oak and in fact new barrels are used. In short, a simple whiskey crafted for pleasure: 82/100.