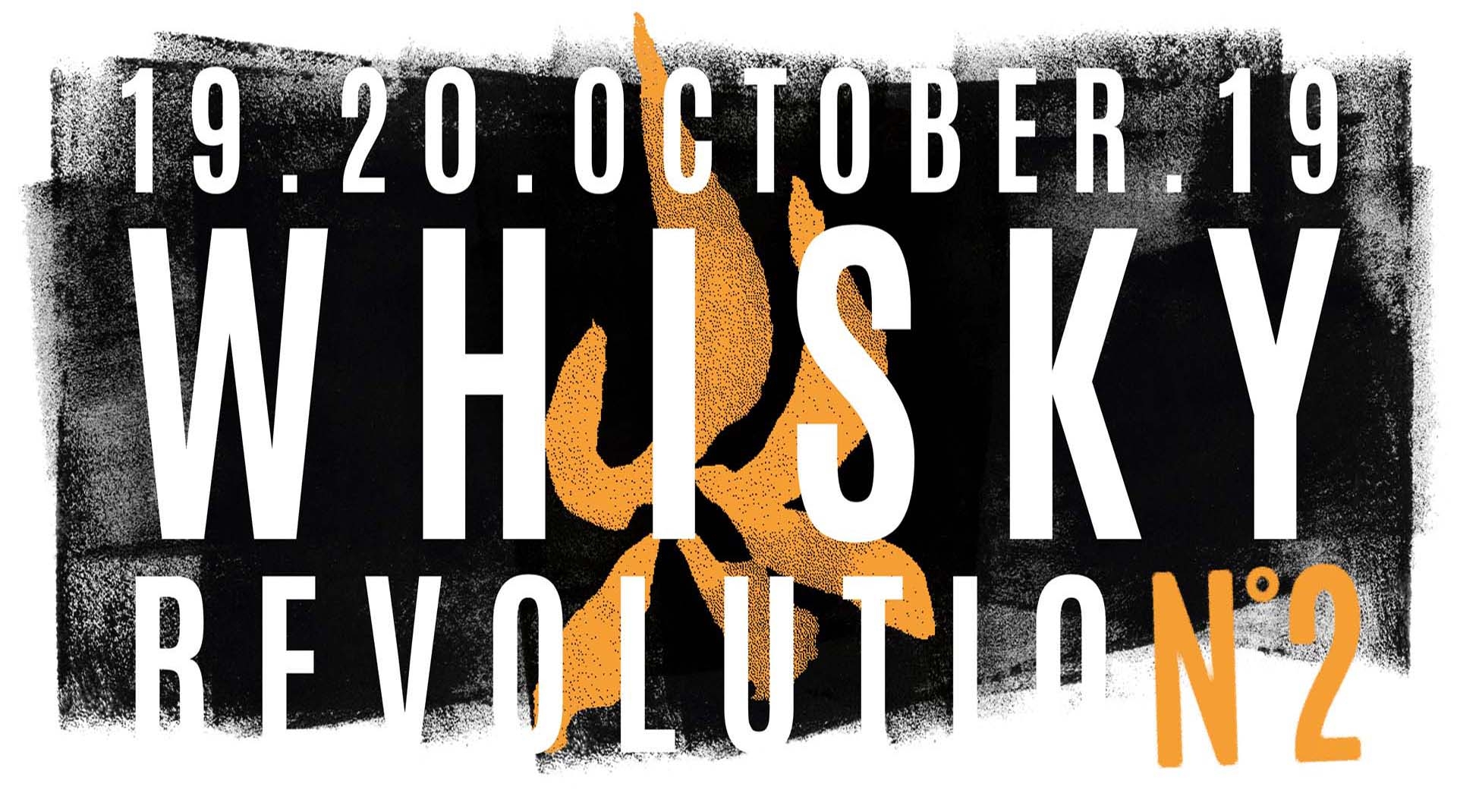 [Zucchetti, Grandmaster of the Amenieties’ Lodge, attended the Whisky
Revolution Festival. And he reports on it…]

They work in the dark. They conspire to convince us that we’d live drinking only Grappa and Prosecco. They’re everywhere, they’re dangerous. And they are strong, armed with Spritz grenades. Luckily, they’re not here. Castelfranco Veneto is the new Kronstadt, a Neverland of the malt. Here you can find a brave group of rebels that never give up and every year they meet to organize the resistence against the DrinkOnlyItalian dictatorship. No rifles nor communist songs, but a Whisky Festival, now in its second edition. Ok, let’s not overreact. Keep calm and read the whisky notes. This year masterclasses’ quality level has been very high, so it’s difficult to point out the
Greatest Drams. So we choose to award some Oscar prizes. We know it’s
completely out of the blue, ‘cause we’re talking about whisky and revolution, and not about movies. But if we had been attracted by logic we would have studied Engineering, not Communication and History…
Ps. This “Best of” is not exhaustive. Many nice whiskies won’t be listed above, some of them because they’ve already been reviewed on this website.

Armorik 10 yo (2019, OB, 46%)
Best first bottling
A French whisky in the middle of the forest of Scotch giants. Clémence
Vedrenne – who held a tasting – doesn’t seem like Little Red Riding Hood, but in her snack basket brought the whole range of OB. Geographically and historically, Brittany is similar to Scotland, but of course is not enough to have a
nice whisky, otherwise there would be Lagavulin in Galicia, too. But geography helps. The master distiller does the rest. The quality of the distillery is well represented by the 10 yo, which passes through a complex maturation: two thirds of the whisky spend 9 years in ex bourbon casks and 4 in ex sherry (13
years in total); one third matures for 10 years in sherry casks. A brain’s teaser. Wow, the nose doesn’t agree with the label: this couldn’t be a 10 yo! It smells more mature, with a nice oak influence. The sherry note is lively, with a winey hint and an acidic touch of passion fruit, red apple skin and orange liqueur. Sometimes you can say Calvados, but it’s probably an autosuggestion. A fruity sweetness (tropical fruits and peach) and toffee, with an intriguing aroma of
matchsticks. On the palate is full and richly tropical again (is Brittany a Caraibic region, isn’t it?). Papaya and mixed tropical fruits juice, it’s mouthwatering. The lovely acidity is still here, but now it’s reached by a wonderful touch of salt (the terroir!) and by a waxy note, not so usual in a 10 yo whisky. The finish is balsamic and fresh, with a floral touch. A whisky more evolved than its age statement, where bourbon, sherry and the coastal profile play together and have fun. 86/100

Glenfiddich Snow Phoenix (2010, OB, 47.6%) Best special effects
A lot of novelties during this edition of WRF. One of them was the first
experience in Italy for the guys from Scotch Whisky Auction, who took some rare and expensive bottles and who even opened them. Glory in the Highlands.
One of the 5 bottles has been noticed due to the original storytelling: a special edition of a NAS Glenfiddich, bottled in (only?) 12k pieces in 2010. A vatting of the casks damaged during the epic snow that caused the warehouse roof to collapse. Through it, a sunbeam entered: it looked as a white phoenix, more or less as John Belushi seeing the Light in “The Blues Brothers”. We know it’s hard to believe, but it seems they were not on acid when they came up with this idea… Considering this, we’re pretty skeptical approaching this bottle (now 700 euro on auction). But we soon beg your pardon, because our prejudice was definetely wrong: the nose is remarkably aromatic, with a gorgeous rainbow of fresh notes from fruity (apple juice, pineapple and mango) to floral (orange blossom and
gardenia). Under this chic layer, there’s substance: a lovely pastry sweetness focused on vanilla (bourbon casks, here), that reminds us to apricot jam croissants and even cupcakes. It changes considerably with time, becoming deeper and more introspective, with cocoa powder and even a hint of smoke. Again apples, but crispy Granny Smiths. The palate tastes older we expected from the nose. The oak influence is delicate but evident, and it makes the sweetness (pastry, vanilla and baked
apples) less feisty. It’s never annoying, indeed. There’s a curious fizzling of candied ginger, lemon juice and a bit of salt (!). The circle closes with oak, bitter chocolate and candle, for a clean, pleasant finish. Not long, with candied lemon and toasted peanuts. Wonderful. Despite the price and the controversial marketing strategy, this whisky once again confirms how the Glenfiddich’s choice to bottle usually at 40% is frankly masochistic. Actually, at 47% the spirit’s freshness literally explodes. With a longer finish it would have been majestic. 87/100

Kentucky Owl batch #7 (2017, OB, 59%)
Best International feature
When Marco Callegari, the Velier Magician, makes that face, you know you’d rather follow him immediately, as he was the Pied Piper of Hamelin. Fortunately, he doesn’t play the pipe, but he makes the bottles sing. Artist. Anyway, following him to the Velier stand was a good idea, even if the label of this almost unknown bourbon is one of the ugliest ever. But the beard doesn’t make the philosopher, so the miserable packaging doesn’t affect the spirit. Already from the very first sniff, you suddenly undestand that the Owl is wise: it’s considerably deeper than the usual bourbon, showing a dark and venerable oak influence. Tobacco and warehouse notes. There are also 13 yo whiskey in the batch, rather rare indeed. Beside this uncommon maturity, you smell flashing notes of classic Kentucky: a tarte tatin with a twerking of spices (peppery rye and cinnamon).
In your mouth… it’s a kind of magic! The monstre ABV almost disappears and the whiskey’s incredibly pleasant. Again austere, again old oak and tobacco. Chili dark chocolate, a lot of orange and toasted bread with cinnamon. Great structure, minimum sweetness. The finish is bold and long: sandalwood, the long-lasting tobacco sensation and a Christmas note of Panettone with chocolate.
The American whiskeys Renaissance passes through these bottles, fringe
expressions distinguished by strong character and long maturation. That’s the way, uh-huh uh-huh, we like it, uh-huh, uh-huh. 88/100

Glencadam 21 yo (2010, OB, 46%)
Best editing
If you want to bottle a nice single cask, you need nose and a good star. If you want to produce a high-level core range of OB, you need a good master distiller. Robert Fleming, from Glencadam, is definetely good and several expressions are bloody well-crafted. Your reviewer was struck blind on the way of the 17 yo in Port casks, so he indulged in the 21 yo, unpretentiously named “The Exceptional”. Its aromatic intensity suddenly catches you, thanks to a citrus batallion: orange blossom, lemon sherbet, bergamot make clear that the age won’t affect the general freshness. A tropical sensation of pineapple and banana, and again something floral and sweet: apple pie with chamomile ice cream? Or is it late and am I starving? With time it becomes more dense, mango and a soft, buttery note. No alarms and no surprises, quoting Thom Yorke.
On the palate is totally consistent with the nose, getting back to the tropical and lemony aromas, with lemon curd and dried coconut. The malt is delicious and sweet and it’s now the main character on the stage. Shortbreads, Cheerios and milk chocolate. Dried apple rings and pear mousse for the fruity side. Spices arrive only towards the end, with a hint of sweet lime defusing the creaminess. Still balanced and fresh also in the finish: tropical, lemon, ginger and wildflower honey.
Who could ask for more? It’s classy, expressive, vibrant. It’s not a complexity masterpiece, but you could easily finish the bottle before getting bored. 88/100

Glenlossie 25 yo (1993/2019, Valinch & Mallet, 53.9%)
Best director
Fabio Ermoli and Davide Romano don’t look like the Wachowski Sisters, but they’re sci-fi masters, too. Sci-fi casks, of course. At the WRF, for instance, a clip of their last masterpiece was shown: a Glenlossie 25 yo, matured in an ex bourbon hogshead. Warning: spoiler alert! More than Wachowskis, here you can recognize Coen brothers’ genius: the elegance and the maturity are impressive, an enchanting note of incense dances in our nose. After that, a vegetal freshness explodes, green grass and vivid
white musk. It’s distinctively oily, white chocolate ganache and golden apples. On the palate, the age didn’t compromise the intensity. It’s sweet and rigorous at the same time, a perfectly Oxford educated pupil: créme brulèe, pineapple sherbet and lemon, flavors given by the american oak influence. Less oily comparing to the nose, but it earns a salty touch and a charming woody note. The alcohol is still gallant, and the herbaceous/floral aftertaste reminds to the vegetal dimension of the nose. The finish – long, sweet/salty – leaves a touch of candied cedar and oak: excellent. The perfect result of a total whisky, rarely charming, at the same time fresh and noble. 91/100

Best actor and Best Production design
The ideal of “best” is debatable, but the ideal of “pleasure” is pretty objective.
And this whisky selected by David from Manchester embodies the concept. 23 years spent in two hogsheads filled from a sherry butt, cask strength and complex as a Borges’ labyrinth. It starts with a lush fruity aroma, with pleasant winey nuances: raisins and peaches. Then, it plunges into a mineral maze, with a bygone waxy cereal evolving in a candle scent. The sweetness is full, between candied lemon and rusks. The age brings the mysterious aroma of old books. Dried nuts, too. On the palate the creaminess is touching: malt, yellow fruits and raw honey are kneaded in a gorgeous sensation of warm brioche, with melted butter as the North Star. Slowly, between apricot mousse and a hint of licorice, the cask comes out, elegantly dressed in a ginger tight. The oak takes you by the hand and it leads your senses to the mouth-wrapping finish, with ripe, sweet peaches and apricots and a curious touch of walnut and matches. Outstanding expression of the true Highlands profile, with that enchanting minerality that makes everything more interesting. And that pure, full cereal turning into buttery… And you know, we guys from Lombardy can’t resist the butter!
Ps. Chorlton labels – inspired by Medieval art, with images from “The Book of miracles” – are usually superb. This one is no exception. 92/100