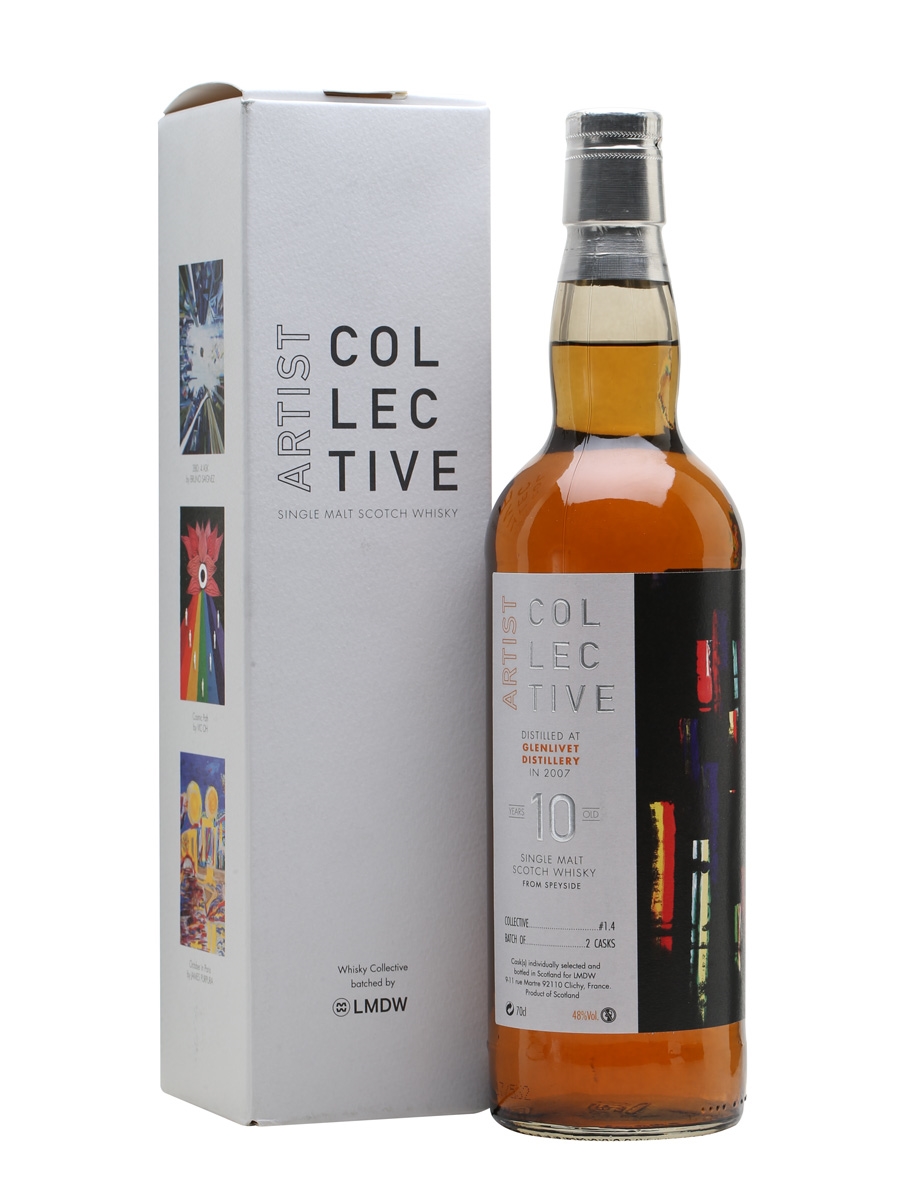 One of the most fascinating aspects of the Scotch world is the complexity of the relationships between distilleries, the intertwining of groups and characters. The same complexity we often find in the whisky as a distillate. Barrels, people, even pieces of distilleries often circulate around Scotland thanks to friendships or commercial instances dating back to a few decades ago. As whisky enthusiasts, it is a treasure hunt to go back to the historical source of a flavor, to trace a distant destiny hidden in a phrase on the back label.
A curious example comes from the permits (or denials) that the indie bottlers receive on the possibility of indicating on the label the name of the distillery from which they purchased the barrel. For years Glenlivet has had a very restrictive policy in this regard, but today we taste two barrels selected and married by La Maison du Whisky in the Collective series The Artist, and – surprise! – here appears the distillery “valley of the river Livet” on the bottle. To what do we owe the privilege of referring to one of the longest-lived and best-selling distilleries in Scotland? Certainly we don’t know, ask Lmdw, or get lost in the abovementioned protean complexity, because we have to drink…

N: very interesting, we expected a crowd-pleasing profile and instead we find something else. There is immediately a clear citrus, which could be orange or mandarin; let’s say tangerine. A metallic tip, reminiscent of the scent of the stills room. Then herbaceous notes, from the distillate, and warm grains. Fruity flames here and there, especially of apple (apple chips). Acetic notes: apple vinegar?

F: quite long, all on toffee, dried fruit and cereals.

In the abovementioned myriad of possible combinations, it happens to taste one of the most famous distilleries in the world selected by one of the most famous and capable whisky shops in the world and to be only half happy. This Glenlivet frankly did not excite us, the nose does not convince us, while the palate gives cues, but that sulphurous note is more a question mark than a character trait. Overall it remains a good whisky, for goodness sake, but we stop at 82/100.