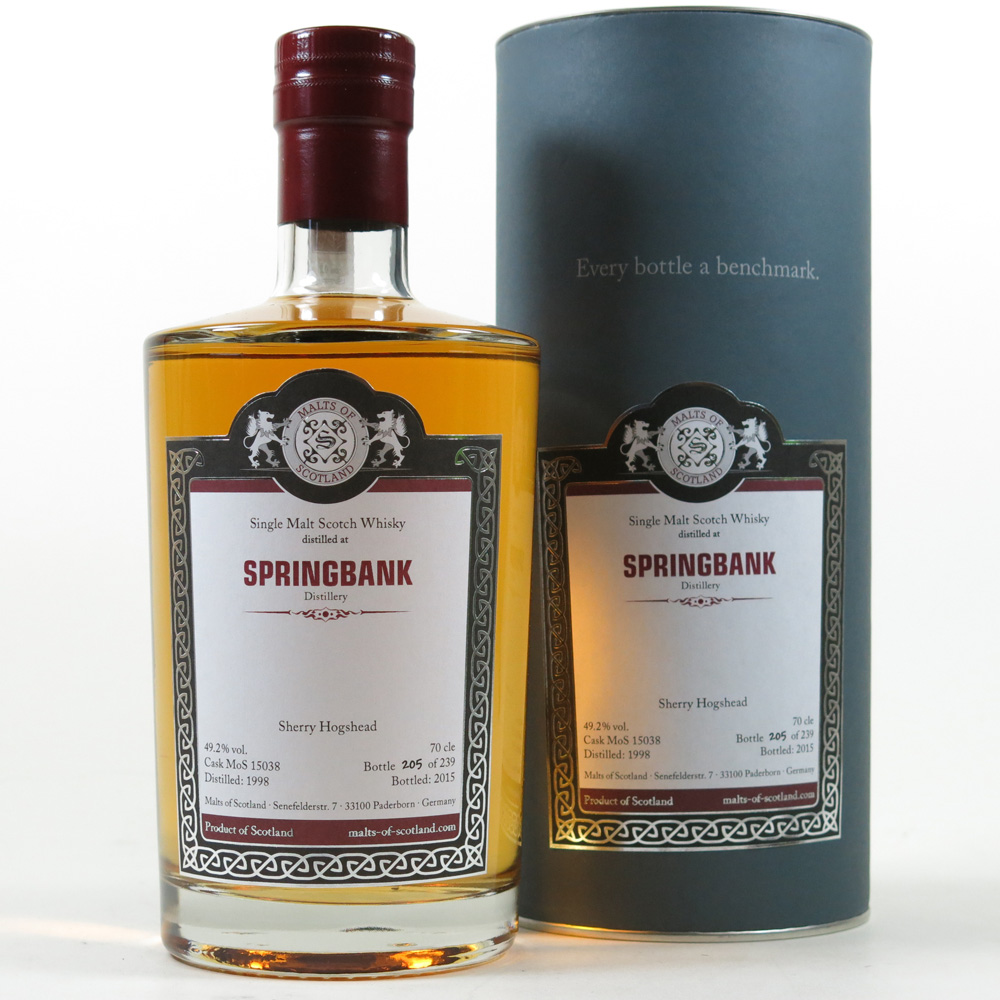 Malts of Scotland, an independent German bottler, has been selecting barrels for several years and has gradually gained more and more credit from enthusiasts around the world. In Italy it is imported by Max Righi, who at last year’s Milan Whisky Festival gave us a sample of this 16-year-old Springbank: distilled in 1998, it remained in an ex-sherry cask until 2015. After almost a year, the time has come to drink it.

N: as dirty as only some Springbanks can be. The first suggestion is a slightly peaty and very coastal side (shellfish shell, rock), with notes of damp earth, pepper, a slight smoke of matches. After a while it opens on a softer and juicier side, even if very thin and restrained: we immediately think of red apple, then an apple tart… It has a herbaceous tip (if we said gentian you would insult us? and if we said valerian herbal tea? but in short, what should we say to be insulted?!); hay.

P: altogether more ‘sweet’, less edgy: the smoke is thinner and thinner, and the coastal and mineral side is here a simple shade of an apparently rounder profile. More apple and apple tart, vaguely creamy. The truth is that the sweetness is mainly cereal (hay). Iron wire. Water simplifies, shifting the balance on the austerity side, making it very oily, herbaceous and marine.

F: here we have again that layer of wax and smoke, of that edgy and retained peat of Springbank, and lots of hot hay.

Complex in its simplicity, it has a beautiful evolution: at first the nose seemed preferable, but then the palate, with the addition of water, shows it knows how to evolve in the direction of an austerity typical of Campbeltown malts. Good, a little unbalanced and edgy; if you want to use a musical metaphor, it is not a symphony, it is a chord – but on a well composed score. 86/100.

Recommended soundtrack: The Struts – Could Have Been Me.