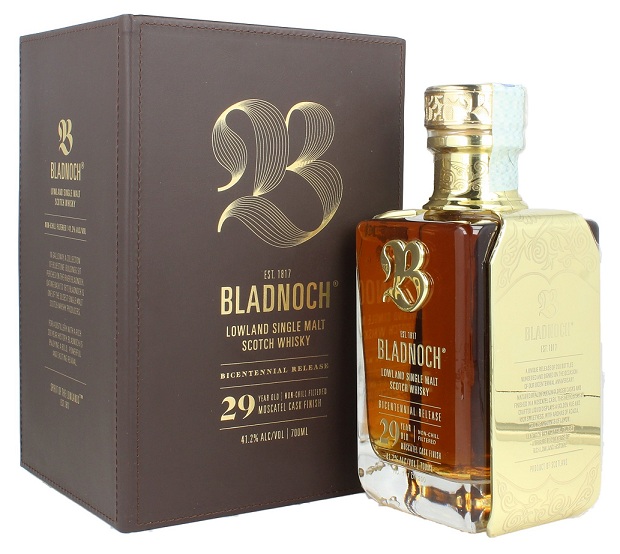 Our tasting columnist, Marco Zucchetti, is back with a selection from Castelfranco Veneto Whisky Revolution Festival…

Life is like a box of chocolates, you never know what you’re gonna get. If Forrest Gump prefers high calorie bonbons, that’s his problem. Incidentally, he’s a Vietnam vet, we’ve more modestly returned from Castelfranco Veneto, where we attended the Whisky Revolution Festival seeking for malts as we usually do with mushrooms. Here a selection of the best things in our virtual basket, without any order. Because, where there is order, there is peace and efficiency. Neither is a priority now.

During the Whisky Revolution Festival we had the opportunity to join a Tomatin masterclass. And this magnificent malt was probably the centrepiece of the show. It reminds me of King Lear, but King Lear strolling around Euganean Hills. This stately whisky wears its nobleness with confidence and without affectation. It’s a direct descendant of three ex Bourbon and ex Oloroso sherry casks and it’s an outstanding example of the Tomatin’s inclination to long maturation. Yes, because we’re talking about a marathoner distillery: wheh other malts fall apart exhausted, it still sprints playful between lively notes of melon and papaya, strawberry and medlar. You should know better than to ask a lady or a king its age, but 36 years are only a far memory. On the palate its maturity has a bold body. Beside a carousel of baked peaches and sour cherries in syrup, under a creamy tarp of milk chocolate, here it comes the wood. Balsamic, elegant, with an explosion of black pepper and cloves that doesn’t affect the general unusual freshness, so surprising in such a venerable malt. So many are the sclerotic monarchs that after twenty or thirty years of kingdom (or cask…) have been turned to wonderful lotions with great nose and without soul on the palate. Meanwhile, here there’s nothing stale. And the emperor has all his clothes.
Superb: 92/100

If only there was an Ancnoc 24 Arbre Magique… We wouldn’t be forced to drive in a cloud of annoying lime & pine scent, but we’d comfortably lay down in our car wrapped by custard, jam and hazelnut whiffs. Incredibly aromatic and fresh as a fruit juice at the same time. It’s very expressive, even if it’s not a complexity monster. It’s all-around consistent: nose, palate and finish are fruity, with pastry and pralines notes. The oak seems “fat” and it shows a hint of aniseed: it peeps just before the finish. Leather and dried flowers make everything more elegant. So, why this sense of regret? Well, it’s always about the ABV: with a higher one, this whisky it would be astonishing. Anyway, it’s still a wonderful malt.
A whisky to sniff. 87/100

It’s the main enigma of this Whisky Festival. It’s an extra special edition, released in a luxury packaging with so much gold that you could easily think you’re going to drink a Zacapa Royal (or a French eau de toilette). This 29 yo whisky was bottled by Bladnoch to celebrate the 200th anniversary of the Lowlands distillery: 200 bottles, priced 5.500 euro. But Roman Church says that money is Devil’s poo, so we’re going to review this bottle as a discount 40 euro malt. To the nose the Lowlands flowers note is evident (poutpourri), but only after an intro focused on orange and peach and a first act played by dried prunes, hazelnuts and vanilla. You sniff it and you could even take it for an Armagnac; you sniff it again and you’re wrapped by pine resine… On the palate the Lowlands soul is the main character again, despite the age: lavender, violet, cola and cinnamon, with a good malt sweetness. The oak here is pushing a little too much. A sensation of that linen drawer in your grandma’s house. The finish is confusing, with cocoa and wood. So what? It’s not bad at all, of course: elegance in the nose, persistence in the finish. But the graceful, fairy spirit of Bladnoch struggles to breathe beneath the burden of time. Tinkerbell wears a white tutu, not a coat, no matter if it’s pure cashmere.
Short of breath. 85/100