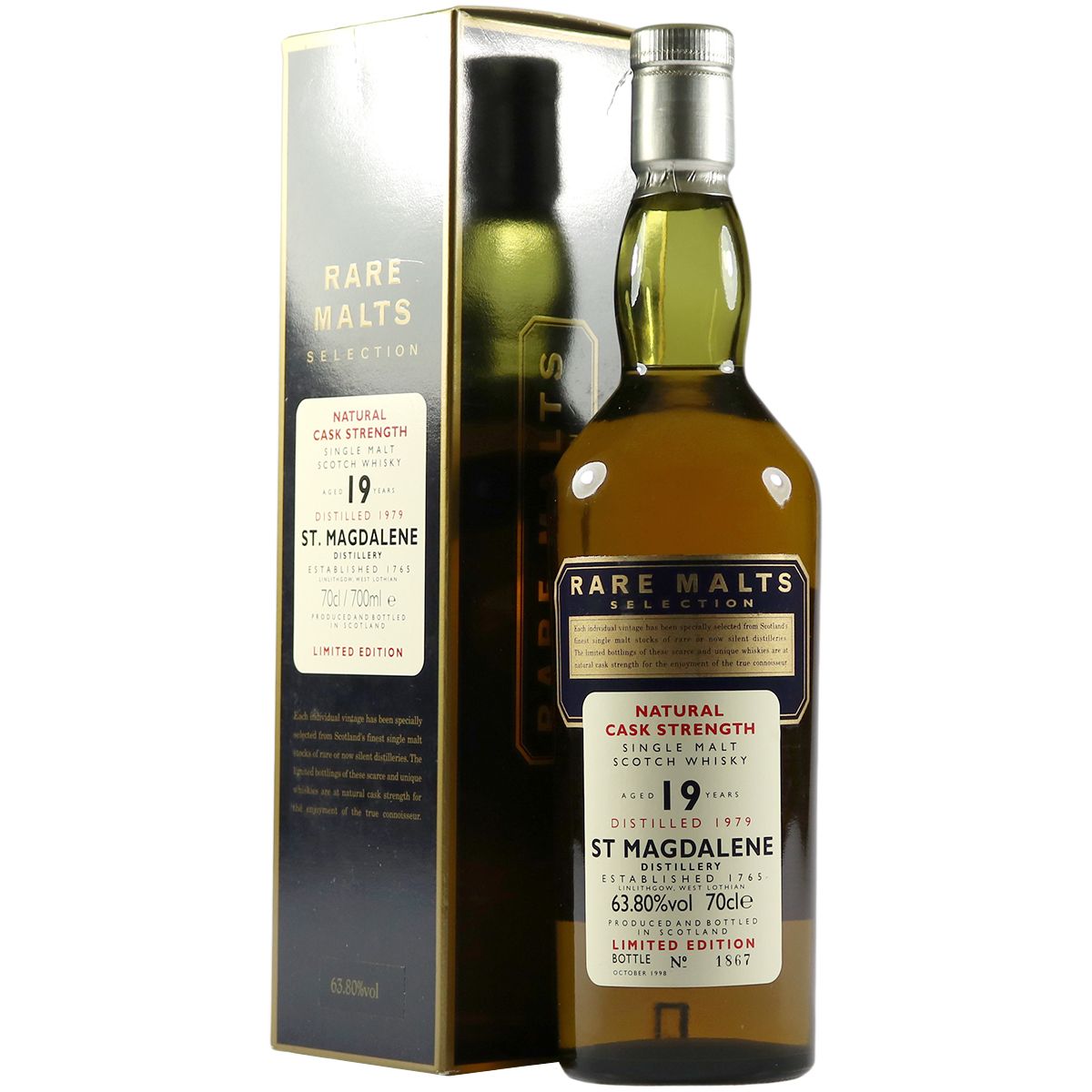 Last Saturday, Angelo Corbetta, Harp Pub’s owner in Milan, hosted the second Rare Malts tasting. Like the first time on last June, he choose to entrust your beloved Whisky and Facile with that. It’s completely useless to explain that a tasting with Rare Malts – bottled between 1997 and 1999 – today is something really special and quite unique. Who else could open this kind of bottles in Italy?
To give you an idea, today we introduce the third RM sipped during the tasting: a 19 yo St. Magdalene, distilled in 1979 and bottled in 1998 at the monster ABV of 63.8%. A high alcoholic strength typical of Rare Malts. The Lowlands distillery, settled in Linlithgow, was closed by Diageo in 1983 along with many others, and so ended the long history of a producer active since the 18th century (even if the official license dates back to the 1790s). Today the building, that used to be a lepers colony, a monastery, a hospital and finally a distillery, is was turned into a condo, but a proud pagoda still stands on the rooftop, recalling the ancient glories.

CliffNotes ended up, let’s get the glass talking! Marco Zucchetti and Corrado De Rosa are tasting with us. If you have trouble, you can blame it on them. But be careful: they’re not so peaceful and harmless like us…

N. it’s exciting because it never stops evolving, it changes at every sniff. It smells like a finnish sauna (steam and wood). Scent of forest, it’s really sylvan (balsamic, herbaceous, underbrush, wood, damp leaves after the rain). It’s definetely complex, with fruity notes hard to identify: a kind of “über-fruit”, a mix between fresh mixed fruits and cooked/caramelized fruits (quince jelly, ripe peach, red apple, even strawberry). Corrado quotes Harry Potter’s “polyjuice potion”, but not because he’s a psycho divorced from the reality (even if this clinical hypothesis is not to be discarded), but because the fruity side is multiform and iridescent, like a huge fruit salad. There’s also a terrific oxidized note, something we could describe as wax or wet cereal… It’s also incredibly fresh, even though its majestic complexity. And this mineral mottle is almost… we’re trembling while we’re writing… lightly peated! Extinguished candle: what a piece of work, men!

P. it’s oily and amazingly solid. Again a subtle, delightful earthy and mineral nuance makes his appearence. A jiff of salt, we need to write it suddenly before it disappeared. Again a waxy film on the palate. The mouth is wrapped by an egg’s sweetness, between zabaione and custard… Acidity is almost missing, it’s all focused on a compact fruity sweetness that moves toward a tropical side (papaya?). Very few spices. With water, it becomes slightly simplier, but the fruity charcater takes all the scene, developing an undiscolsed sugary orange note. Brine and green pickle, and now a real, delicate peat.

F. extinguished candle, wax, warm cereal and an endless echo of fruit… Not a hugely long finish, but sooo deep: a blaze of fruit, cereal and the mineral peatiness in the end.

Gorgeous, impressive, breathtaking; elegant, oily, perfumed, mineral and luxuriously fruity. Today we tend to associate the Lowlands to weak and unimpressive malts, but if we look backwards it’s easy to understand our error of perspective: Rosbank, St. Magdalene, Littlemill… They were all distillers with great personality. If we think that today 1.000 euro are not enough for this bottle, we realize what kind of priviledge has been to taste it. Less than 92/100 it would be a crime.

Balvenie is one of our favourite distilleries, a w

Since few years Balvenie increased their offer of

Balvenie 12 sweet toast of American oak is the fir

50 international awards in 3 years... someone is d

Time for a proper review of this 15yo Glenallachie

And last but not the least, a Whiskyfacile favorit

For the second post on our young and beautiful dis

Our first three posts of the year are dedicated to