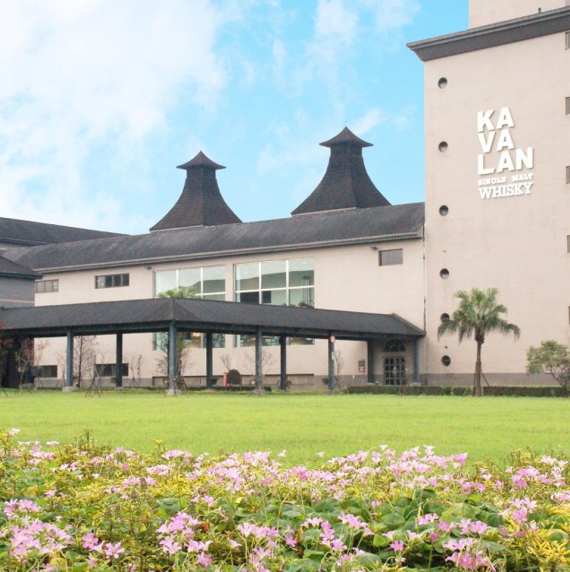 Kavalan, the hidden object of desire. Actually, the distillery of the former Formosa Island, now Taiwan, hasn’t been hiding since it was founded in 2006. In fact, its annual production amounts to 9 million litres (are Taiwanese so thirsty?) and 900,000 people visit it every year, more than all the distillery visitors throughout Scotland. Dealing with such a revolution in History and Geography, it seemed bad not to refresh our opinion about Kavalan, which is now winning prizes at international competitions, and we took advantage of the wonderful opportunity offered by WhiskyClub Italia and the importer Velier, who organized a tasting in the very elegant setting of the Baxter Bar, literally a stone’s throw from the Duomo. Two ambassadors of the distillery were also present, with the very nice Emma Lin, by now a veteran of Italian whisky festivals.

The distillery’s declared NAS entry level is composed of 8 different types of barrels, both sherry and bourbon and both first and second fill. The nose starts immediately without too much shyness on notes of banana, burnt sugar, sweet nuts like almonds. In the mouth it has a lot of vanilla and still something tropical. The finish is short, with a slight sensation of rhubarb and barley candy. It is simple but not flat. Carefree, pleasant, even if it cannot be called a monster of depth. Surely the angel share of 10-12% per year helps speed up and gives personality to a whisky which is barely 5 years old. 83/100

This is a another whisky without declared age, diluted to 46%, which was aged exclusively in first fill ex bourbon barrels (not a surprise…) from Buffalo Trace and Heaven Hill Distillery. Surprising is indeed the nose, fine and rather elegant. It then shows a great note of American grapes and strawberries. In the mouth it has a nice body, it’s creamy (vanilla and pannacotta) and tropical. There is also a light white pepper. In general it is beautifully fruity and reminds a bit of certain Arran. In the long run maybe it’s a little too bourbony and blindly you could even fall into deception, but it is definitely a dram that deserves a taste (even two or three): 84/100, our sharp judgment.

Let’s come to the highlights, which are the single casks of the Solist series. The cask W1207227039A had the incomparable honor of being filled with Kavalan distillate after having contained a wine not better specified from a not better specified country between France, USA (California) and South Africa. Four years of aging may be enough in Taiwan and then – voilà! – here are 238 bottles at cask strength. We are told that the barrels are widely recharred and (it will be the suggestion?) actually the whisky on the nose is compact, dark, deep, with really powerful “toasted” notes. The alcohol is barely detectable and instead you can smell infinite baskets of cherries. Lots of black pepper and licorice. In the mouth is dry, winey, very spicy. It is an extreme whisky and obviously with such a strong wood impact the raw material stays in the background. Anyway, there are those who love this kind of single malt: we had already appreciated a Solist in sherry, so we reward it for the rather unique drink experience: 87/100. Let’s say a word about the price: not peanuts, considering that it costs about 230 euros.

This single cask (518 bottles, about 180 euros) is part of the bottlings celebrating the 70 years of activity of Velier, the historic Genoese importer. Perhaps also because of its very particular style (yes, it is even more extreme than the Vinho above!), this barrel has prevailed among those proposed by the distillery to celebrate the anniversary. We can’t say it’s hugely bold, because it’s even more bold!!!! It has clear balsamic hints and a note of black fruit. Blackberry vinegar, could be a good synthesis. Cherry juice, bitter cocoa and coffee in the mouth, as well as a strange vegetal sensation (like celery), which is probably given by the tannin. In fact, it’s very astringent, it tends to bitterness when the black fruit is still rumbling violently. Crazy in its intemperance. These violent delights have violent ends: 89/100.