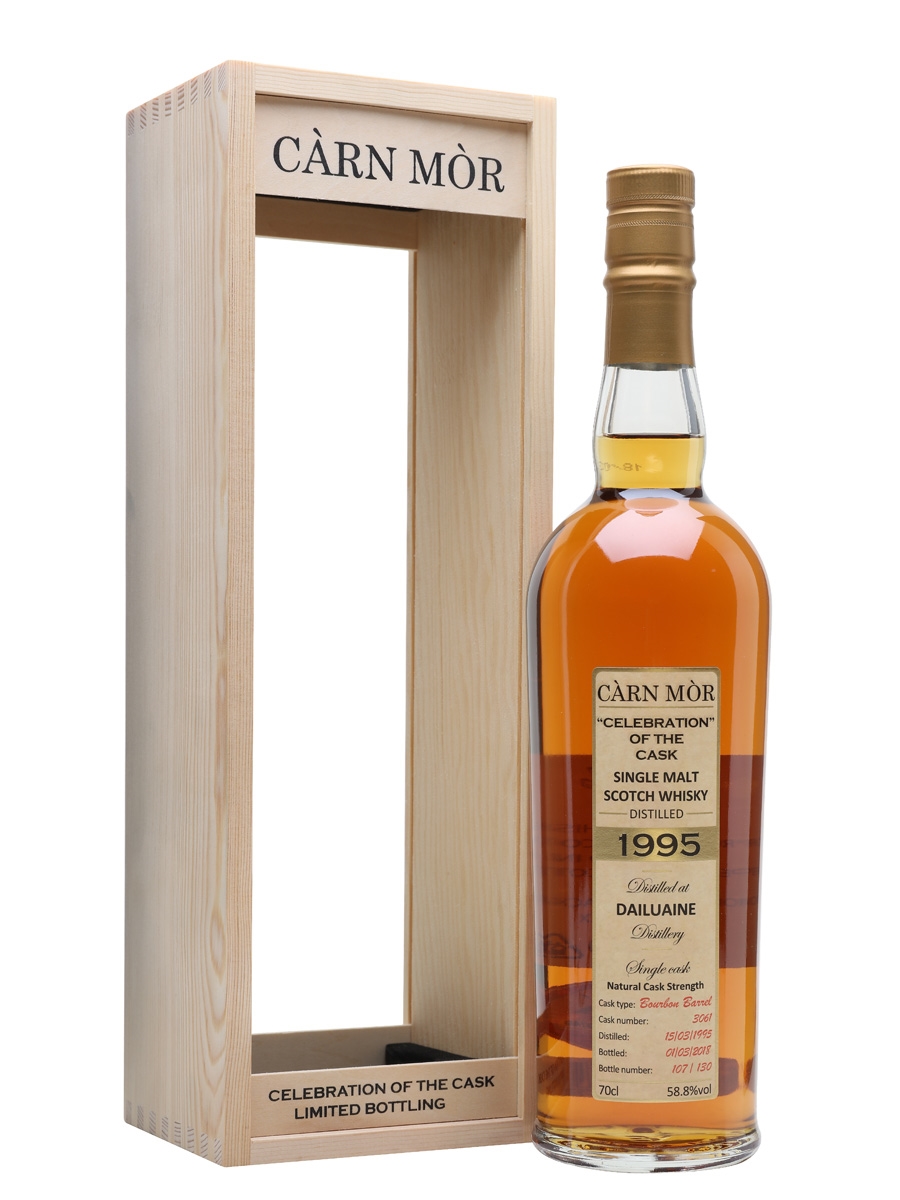 Carn Mor, precious part of the Morrison & Mackay range, was the bottler that stunned us the most at the last Milan Whisky Festival, thanks to the work of its importer, Fabio Ermoli; the quality of the drams we’ve had at the time made us decide to attend to Peter Mackay’s masterclass in Tomintoul, during last Spirit of Speyside. Amongst the various, good drams we’ve tried, we wanted to keep a special eye on this 1995 Dailuaine, a single cask that we were sure was ex-Sherry, seen the colour… And we were wrong! It’s a refill (but heavily recharred) ex-bourbon cask, that gave only 76 bottles. Very dark of course.

N: open, aromatic, very intense and ‘dark’, quite compact. Tinned peaches, peaches with amaretti – hyper sugary peaches, let’s say. Tarte tatin, a lot of ripe fruit. Caramel, chestnut honey. The sugary side is enormous, devastating! But some biscuity maltiness survives from the cask, together with wooden chips and apples. A lot of (red) apples.

P: same as above, from intensity to descriptors. Willing to be a bit more effusive, there are clearer notes of oranges and butter (shortbread, mostly). Ok, stop effusions. A vague sense of wax, or better: Martorana fruit, made of marzipan and covered with wax. Caramelised sugars. Coconut.

F: long, lingering, again incredibly intense. Averything coherent with what we wrote above.

Very compact and coherent, massive intensity, a lot of fruit, a bit monodimensional if we may: but such a wonderful single dimension we have here. Quite heavy for sure, and the spirit is ancillar to the vivid virulence of the cask; and yet it’s good, persuasive, deserving a 87/100 in our book. It wasnt’t cheap, since it costed about 170€ and was only for UK market.