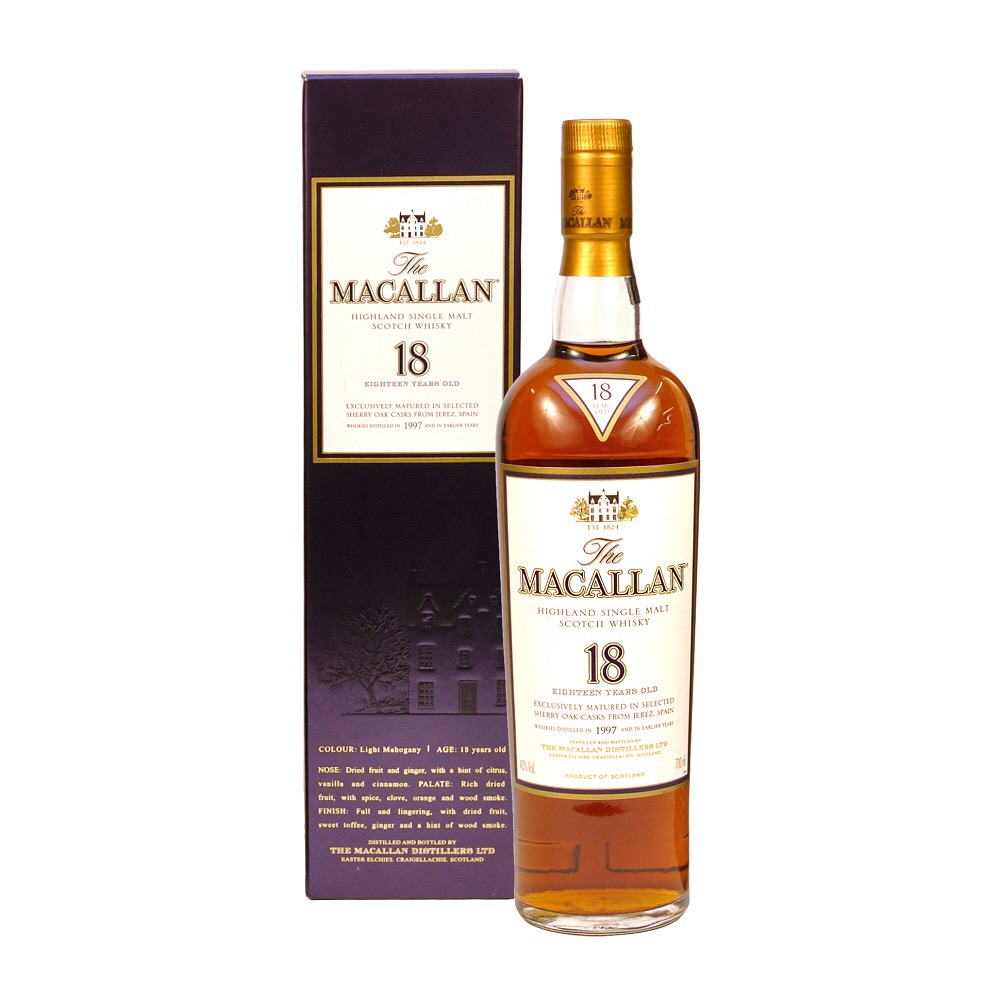 Gentlemen, this is history. Macallan launched the 18-year-old series in sherry in 1963, and since then every vintage has seen a fixed bottling. The auction prices of these bottles – collector’s items right from the start, especially in Italy – have skyrocketed dramatically, and if until a few years ago it happened to be found around in wine shops and restaurants, today the professional raiders have taken almost everything – and probably already resold it.
Having said that, in recent years Italy has been excluded from a widespread distribution of annual releases, and fans need to go shopping abroad: that’s why Andrea and Giuseppe of the Milano Whisky Festival bought the 1997/2015 version in Russia. They opened it at the last Milano Whisky Day and we – birds of prey – suddenly took a sample, in order to drink it with you. Technically it’s not a vintage, since the label declares “distilled in 1997 and earlier years”.

N: nicely open and “breathing”, there’s no alcohol content. Right after poured, the acidity of the red fruit is exalted: fresh (dominant) cherry, cherry peel, prune. After a while, it slightly warms up, revealing notes of dried figs, raisins. Quite simple, but embellished by a strong malty base, really gorgeous and deep. A light hazelnut layer. Only after a long time it shows heavier notes, almost like pipe tobacco.

P: it enters on tiptoe, but it gradually gains intensity. At the beginning it seems weak, on a flat, tasteless cherry: but then it improves a lot, oscillating between red and black fruit in pie, but without being buttery… Dried plums, a lot of malt (malt biscuits), some orange and honey notes.

F: long and persistent, all played on the alternation of dried fruit and red fruit.

Mind you: it’s a good whisky, you can feel that the distillate has qualities – of course, someone will say, it’s still Macallan! But in such an exclusive bottling, one would look for something more. This is an elegant and drinkable whisky, but after all it’s a bit anonymous and weak, compared to many other contemporary bottlings with a similar “identity card” and almost halved prices (Glengoyne, GlenDronach, just to name a couple…). Without mentioning any comparison with Macallan 18 yo from the past, of course. 86/100: an intermediate rating for a good, pleasant malt, which will please the wealthy occasional drinker and will leave enthusiasts with some doubt. But we all know it: enthusiasts are not the target of the brand, let’s face it.