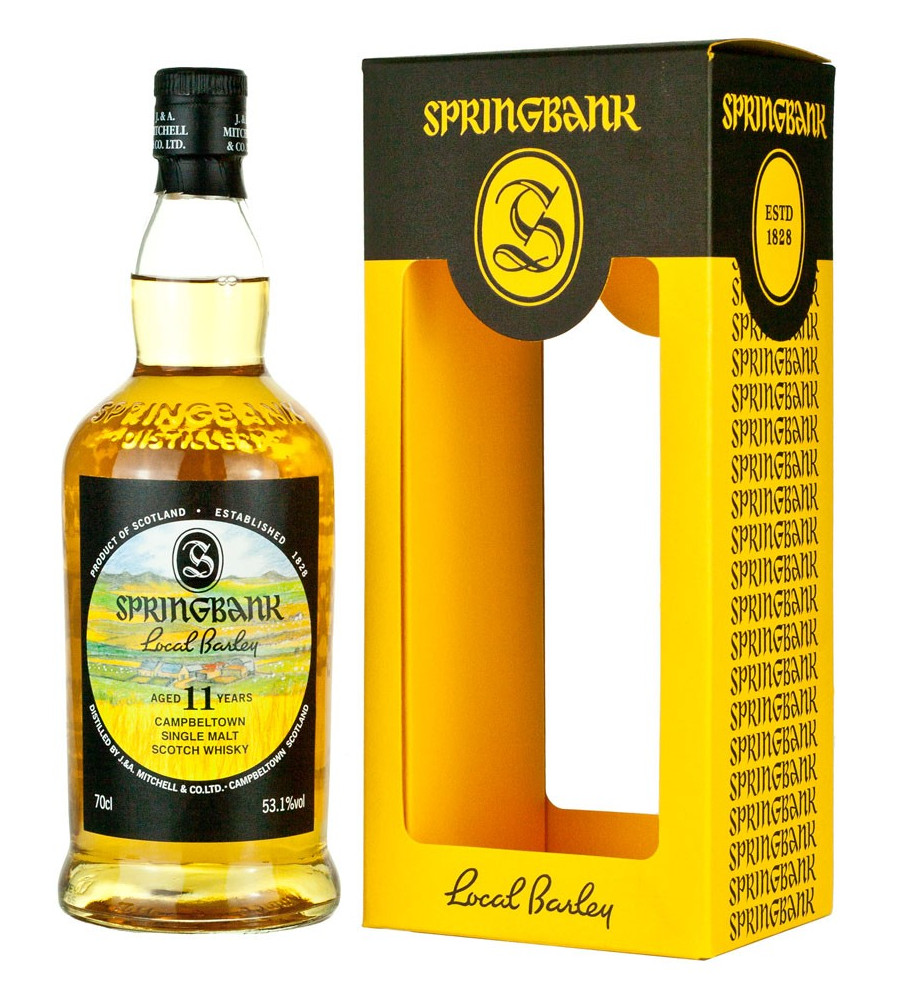 After sampling last year’s edition of Springbank Local Barley, the level of impatience for the 2017 release was frankly well beyond guard levels. Thanks to Claudio Riva, who decided to open and share his bottle, the Como Clan of Whisky Club Italia organised a Springbank themed evening in Cantù, in the series of monographic tastings “Distillerie Svelate” and took the opportunity to put the Local Barley 2017 on the table. We couldn’t miss it, also because the line up was absolutely respectable (Hazelburn 10, Springbank 18 yo and 12 yo Cask Strength, Longrow 18!). The “Local Barley” is an 11-year-old malt, this time produced only with Bere barley (the oldest variety of barley known, and today little used by the whisky industry because it is less efficient in terms of quantity) grown just a few kilometres from the distillery, at Amos Farm in Campbeltown. Of course the barley is malted at the distillery, since as you know Springbank is the only one to entirely malt the barley on its own malting floor. The whisky has matured only in ex-bourbon barrels.

N: it’s bottled at cask strength, but the impact of alcohol is practically non-existent. Barley, the key to the concept behind this whisky, is obviously in the foreground: you can smell the cereal, notes of freshly baked bread; but also cereal biscuits, hay fields in the sun… It even has notes of green banana; lemon and citrus (even orange hints). Lemon leaves, and in general evident herbaceous notes. Peat can be felt on the coastal and mineral side: brine and pebbles, fantastic. Over time, a fruity and sugary side grows, reminding us of a delicate hint of marshmallow.

P: definitely ‘sweeter’ at the first glance, it shows a beautiful full body and gives reassuring sensations of warmth (?). Again, the sweetness is not from the barrel but directly from the distillate (and therefore not vanilla but sweet pear, again a lot of cereal – corn flakes). A gentle taste of hazelnuts and almonds. Beautifully acidic, with sugary lemonade still in evidence. Cocoa paste (nicely ‘fat’), even some waxy notes. You can taste the smoke, the peat is more powerful and evident.

F: dark chocolate, wax and lots of lemon. Our lips are now salty.

Really good, indeed: the cereal is obviously the main character, but supported by all the uniqueness of Springbank’s distinctive style. Fascinating is the complexity of the distillate, which gives nuances and flavours that cover practically the entire range of aromas: from mineral to fruity to coastal to herbaceous; from dried fruit to river pebbles, from chocolate to baked bread to banana. Since “reason is in comparison”, compared to Local Barley 2016 (five years older and with a quota of ex-sherry barrels) this seems to us only a step down due to a more evident sweetness, but this does not affect the excellence of what we have in front of us: 89/100, take a bottle, if you still find it… Thanks to Claudio and Serenella for the hospitality and the beautiful evening, and congratulations to Andrea for the location Vini e Più: a wonderful reality in the heart of Brianza, bravo!