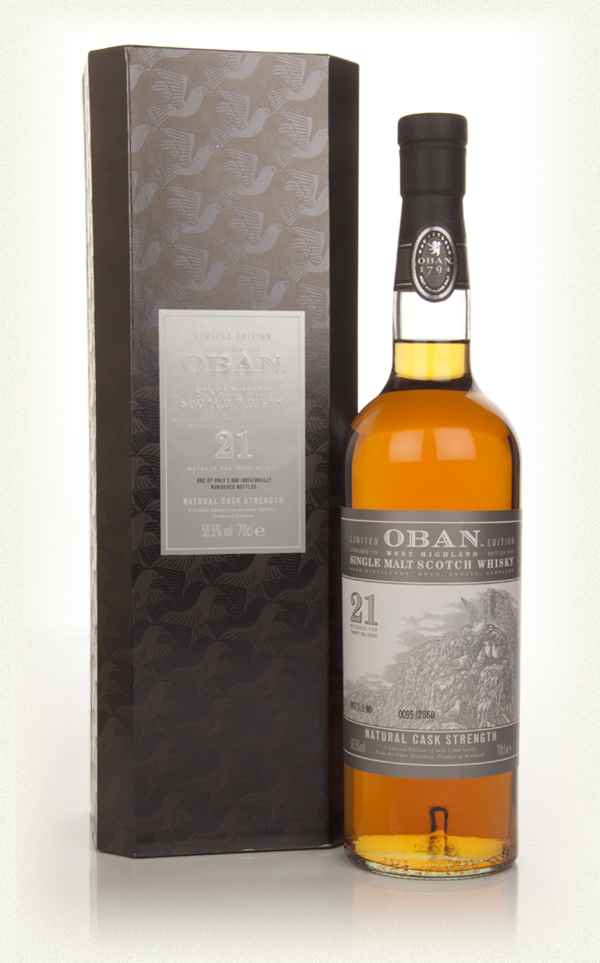 Oban is a cult brand, especially in the United States: this is all the more surprising when you think that the Highlands distillery has only two expressions in the core range, the 14 year old classic and the sherry repainted version, Distiller’s Edition. Thanks to the brave Riccardo from Bar Metro, we were able to taste the 2013 Special Release, never distributed in Italy. The ways of Bar Metro are infinite, so…

N: very open, completely alcohol-free despite the high alcohol content. It immediately shows itself very complex and deep, without renouncing a certain liveliness in the glass. The contribution of sherry seems evident: lots of honey, lots of caramel, notes of cola, flavoured pipe tobacco; blood orange (marmalade); more apart but present, notes of red fruit, nice and juicy (strawberry). Thinking about the distillery, however, we find a mature minerality, similar to the 14 yo, but better: not rusty, but waxy. Wet paper, old cellar… Really, really good.

P: it replicates the notes of the nose, gaining in fruity intensity but losing a lot in that ‘old-fashioned’ whisky depth. The dirty notes of the nose are simplified into a more usual metallic and rusty touch, but very very light. The bittersweet and fruity side dominates: an extraordinary intensity of caramel, dark honey, cola and tamarind; the red fruits are stable, juicier; there is also a bourbony coconut afterthought… Christmas cookies, ginger and cinnamon.

When we tasted this Oban, we hadn’t checked the aging specs; for this reason, we assumed a fairly massive contribution of sherry casks. Actually, in addition to sherry, there’s also a substantial contribution of rejuvenated American oak barrels, which makes it much more active – which is why many ‘dark’ notes reminded us in retrospect of some excellent bourbon (like Sunny Brook). That’s why Serge doesn’t like this Oban too much, considering it too modern and “enginereed”: we liked it a lot, though, it may be enginereed but it’s well done. 89/100.