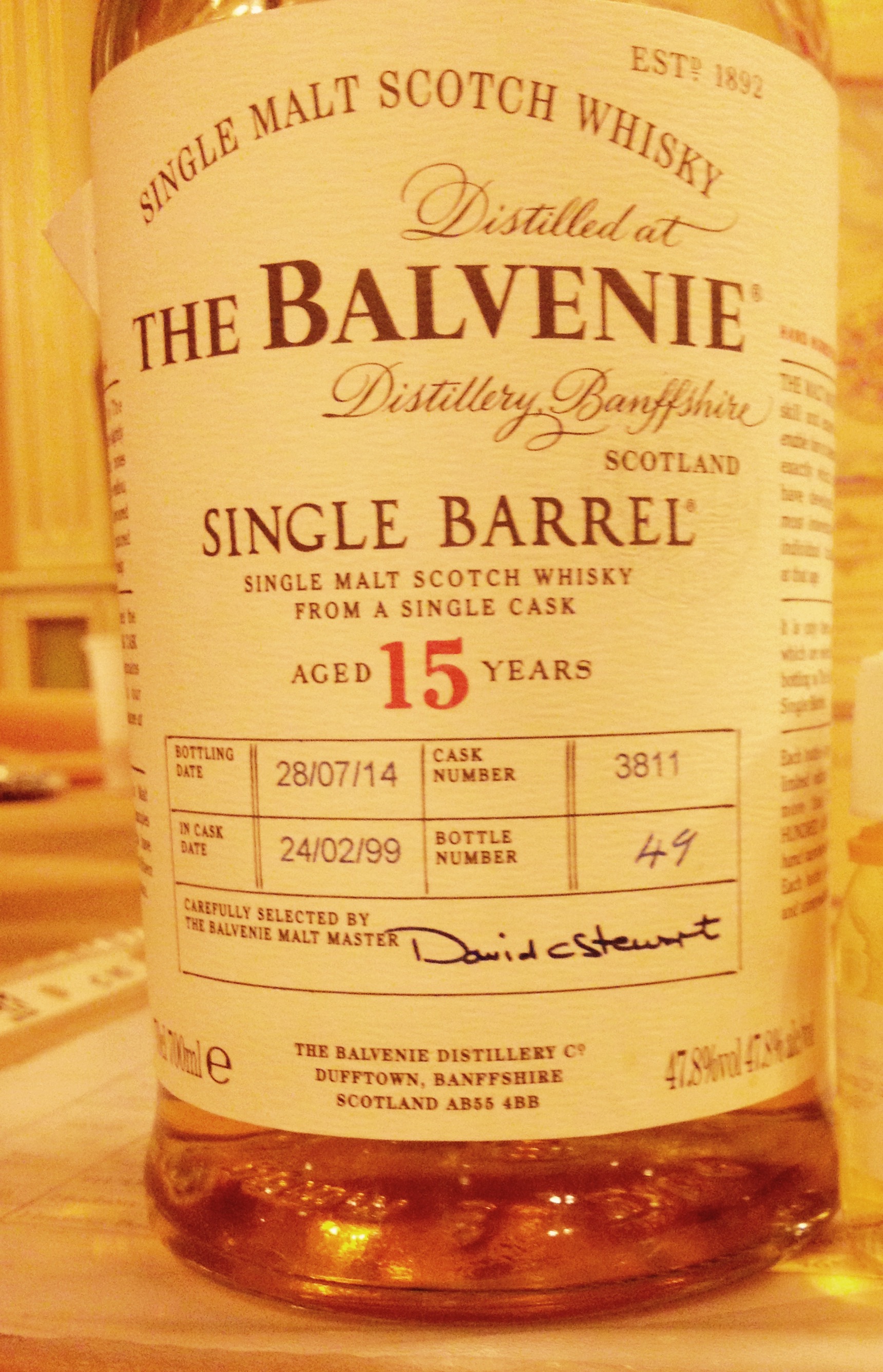 As you know, Balvenie is in the top five of our favourite active distilleries; and we don’t go any further just because of our deep sense of decency (ehm…). One of our favorite bottles, in the chameleon core range of the Dufftown distillery, is the 15-year-old ‘Single Barrel’. Some time ago we tasted an ‘anonymus‘ version, without the indication of the cask number, since it came from a mignon picked up in some airport; today we have a proper tasting, and we put our nose and palate at the service of the former cask number #3811 (it’s not on whiskybase, but the bottle we drew on at the Milano Whisky Festival is clear: if you have the chance, add it yourself to whiskybase, because it’s hard for us). Ex-Bourbon barrel, filled with distillate on February 24th 1999 and emptied of it on July 28th (2014, for the distracted).

N: great aromatic opening, which unfolds the classy elegance of Balvenie. The cask blends beautifully with a quality distillate: and therefore, there is the typical creaminess of these ex-bourbon ageings (custard, vanilla), then a lot of fruit (yellow: but from ripe banana you go to dried apricot, yellow apple, pear juice…), even dry (almonds, or rather: almond paste). Then notes of Amaretto, and a hint of saffron. To the side, but not so much to the side, the malt, which lies between croissant and wet barley. Can we venture that this note of cask wood filled with whisky is a constant in Balvenie malts? We can, of course, the site is ours and we do what we want with it.

P: compared to the nose, it is sweeter and more malty than fruity and creamy… Let’s explain: a toasted sweetness prevails, warm (like butter biscuits), on which dance notes of dried fruit (again almonds and hazelnuts) and bran and various cereals. Then there is certainly no lack of the above fruit (apple chips, dehydrated apricot), while the vanilla/creamy touch decreases in intensity.

F: nice and long and welcoming, with cereal notes and a great soul… bourbon (but a good one). It replicates the palate, with all its complexity.

Recommended soundtrack: Kalabrese – Stone on your back (Frank Wiedermann Remix).