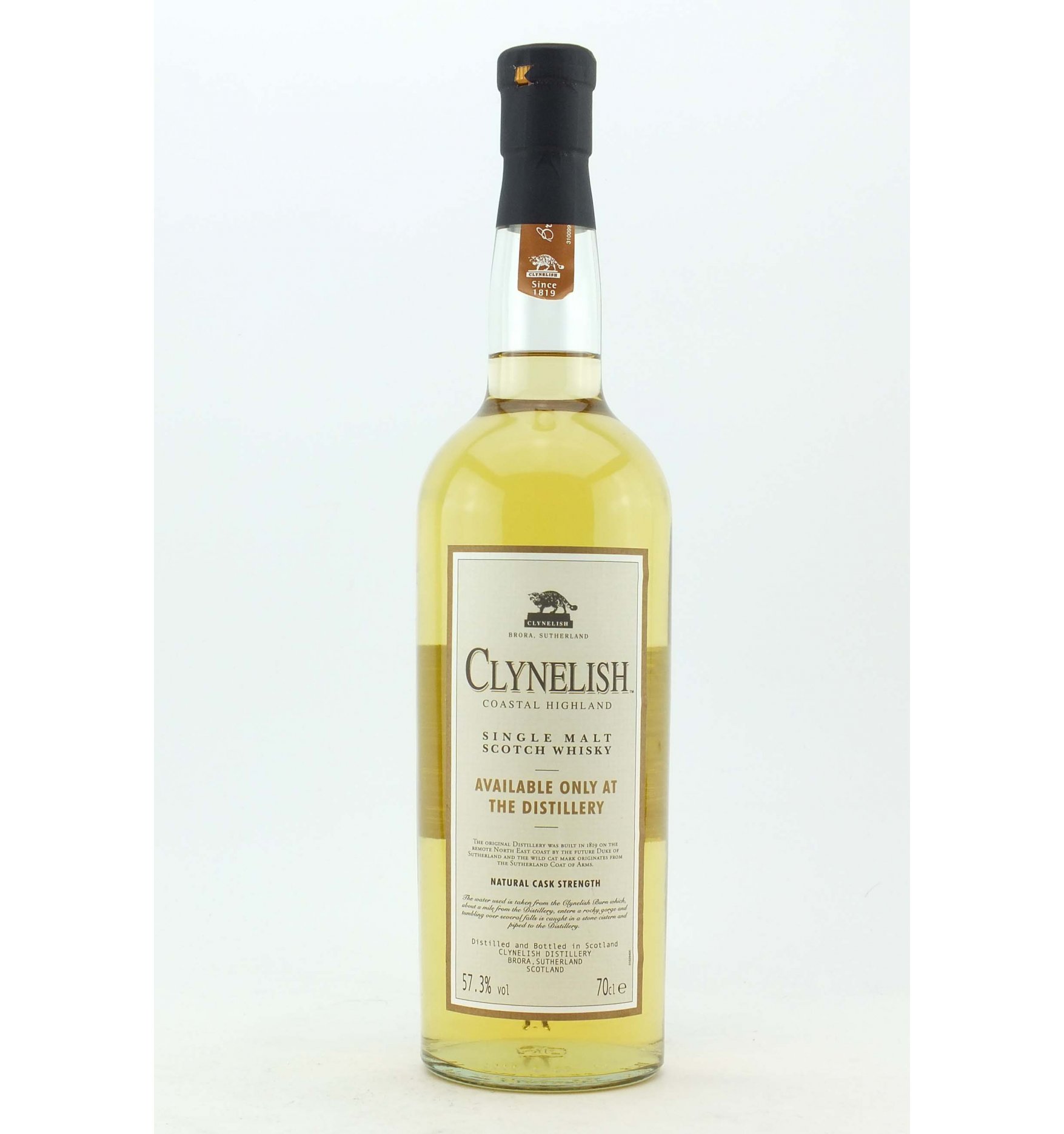 Have we ever told you that Clynelish is one of our favorite distilleries? Well, two years ago we were (accidentally) near the charming coastal town of Brora, in Sutherland: so we had the good idea to do a raid at the local distillery (accidentally again, it was Clynelish). After having had the privilege to attend one of the last tour “A taste of Brora”, with three Brora tasting and three Clynelish, we decided to take home a nice bottle of the Clynelish on exclusive sale at the distillery shop. This is a NAS, bottled for the first time in 2009 at cask strength. And we can already tell you that it is good, very good.

N: impressive how the alcohol remains tamed. Naked, but not too much: it immediately seems young, but not immature, and it embodies the austere soul of the distillery: coastal in the sense of iodine; then, hints of Indian tonic water; an abstract hint of ironing (do you know that ‘fluffy’ perfume you could smell in a laundry?). On this side, you can also smell a non-smoking peat surrounding everything. On the other side, the profile is enriched by candied sugar notes, with a very good lemon in evidence; without forgetting the splendid Clynelish malt. With water, the acrid peat is accentuated, and – strange but true – some smoke appears.

P: really consistent: it confirms itself as a very lemony and coastal malt, with its austere and herbaceous notes. The malt here reveals itself beautifully young, with a very, very delicate peat; it has a nice oiliness, mineral (olive oil), really good. We also point out the waxy and sugary part, and we go so far as to mention a generic yellow fruit. With water, even more Clynelish: the candied malt hides, and a more intense and intriguing wax comes out, becoming even more oily and smoky. That’s great.

F: herbaceous and malty, extraordinarily clean; rather long, and all on a magnificent malt and a slight acrid peat.

First of all, water is highly recommended: the whisky – although at cask strength – unfolds its retained graces, but the addition of water makes the experience more immediately enjoyable. It is a Clynelish ‘built’ with little cask influence and with the distillate playing the main role; with a little water, it was said, it kicks into high gear and it clips the wings to a still evident youth, directly leading to excellence. 90/100, not a point less.