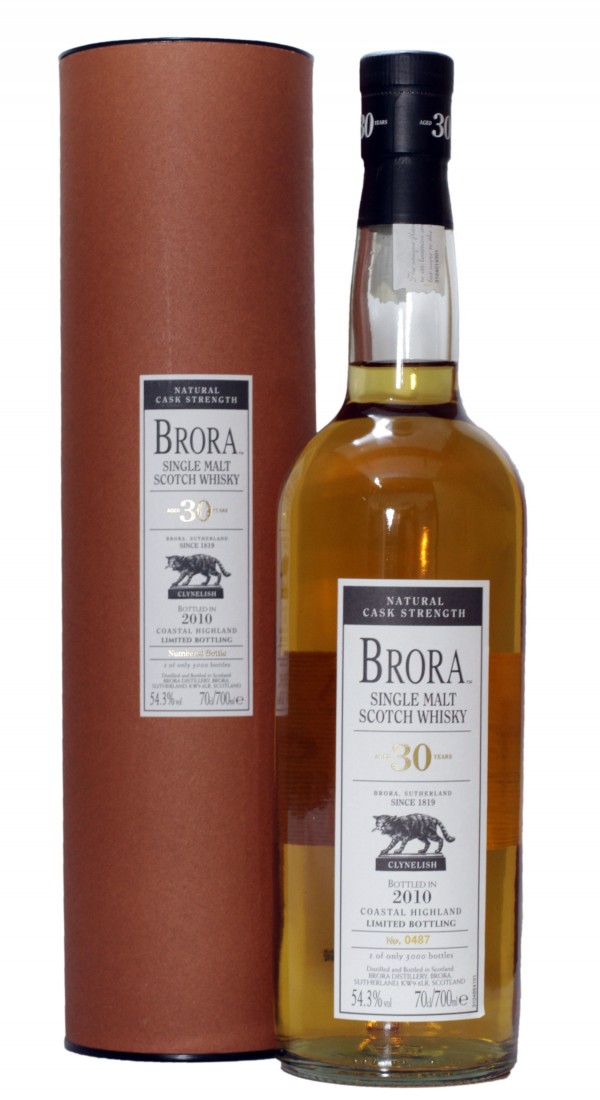 While online even the wisest Italian opinion leaders (we mean Davide and Andrea) have their say on Special Releases 2013, we keep focusing on the important things: drinking. As announced, we move on to Brora 30 years from 2010. Enjoy.

N: we face the extreme charm of the single malt: there are many different
nuances and clear distinctive traits common to the two “brother” bottlings. Let’s
explain better: this nose shares with its little brother the aroma of malt, a bit
farmy and waxy; but then it suggests a greater austerity (very mineral and
vegetable, dry, with notes of dried banana, lemon juice and fresh grass; olive
oil?). Compared to other Broras we’ve tasted, we notice a greater influence of
American oak barrels, with copious notes of vanilla, marzipan, cream…

P: as on the nose, it seems austere and calm and basically it’s very consistent, all along the line: the more broresque notes are there, but less feisty (farmy/wax) and the atmosphere is marked by austerity, intense but without flames. There’s not much smoke here, there’s a thick wall of pleasure: the attack is on sweetness, vanilla and banana notes (loads of coconut). Then, it gradually evolves towards the mineral (wax, of course!) and a salty ash. Here and there, a faint note of lavender: surprise. Pear!

As if we were real judges, first the verdict, then the reasons. 90/100: it’s a very good whisky, let’s not beat a dead horse. Personally we can’t say that we’ve tasted a lot of Broras, but all the releases we experienced were hugely satisfying. The one in 2006 was more ‘polluted’, more nervous, but at the same time more rounded: this one is more austere, it’s also a bit simpler, if we may dare. Having attested to the unquestionable excellence of both, this one is penalized in terms of rating because it lacks a kind of magic… Now let’s go back to thinking about all the Broras we’ll never drink.

Recommended soundtrack: as a tribute to those who have just returned from Turkey, Mustafa Ceceli – Soyle Canim. Yes, we know, you don’t need to say it.