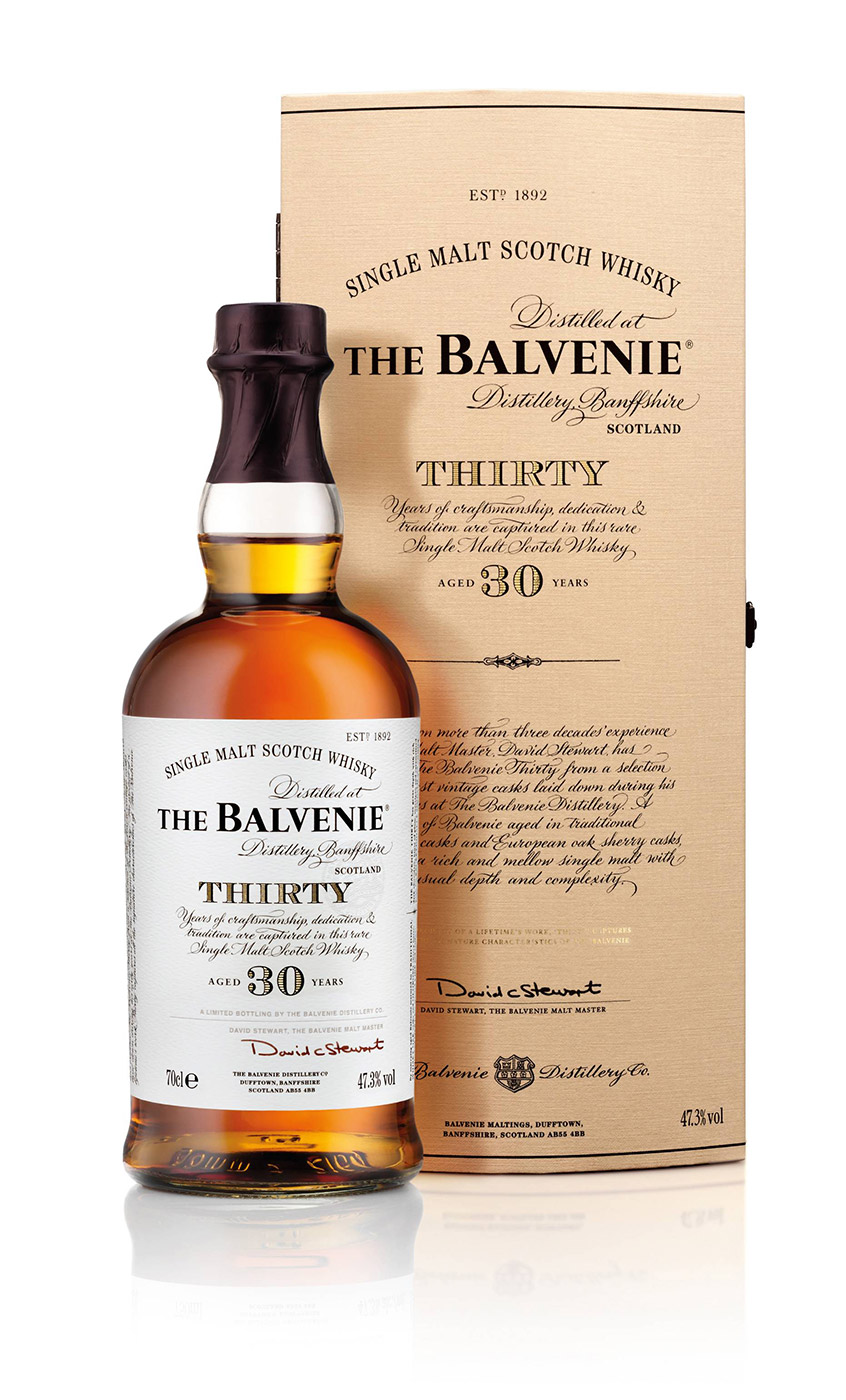 Whiskyfacile doubles up, and after the Balvenie 15yo, we now move to a gem of 30 years of age. This version has been release in 2004 but this bottling is now officially part of the core range. We had the pleasure of trying it during the distillery tasting, on a rainy day so typically Scottish; the impressions were incredible, today it’s time to produce some more concrete notes. The color is fully amber.

P: a very soft palate, without peaks of intensity, but what an elegance! What a quality! Red fruit and dried fruit are incredibly well integrated in a perfect balance. A very polarizing honey wax. It’s not incredibly sweet compared with the 15yo of 2012 it’s both less explosive and less sweet, less immediate. Custard with traces of vanilla, again dried fruits but toasted; a rhubarb note on the side of the honey/wax, as said. Eucalyptus. Chestnut biscuits.

F: incredible, powerful dried fruits and malt side by side with the honey. Long, with fantastic bitterish suggestions.

We agree, malts tasted in Scotland, perhaps after a stunning distillery tour, always gain couple of points more, but this 30yo is good also on this depressed, hot August in Milano, Italy. If we want to split the tasting in 2 different moments: the nose is outstanding, way above 90 points, the palate is bit less impressive. “Never tried a bad Balvenie”, says the fanbase of the distillery, and this is definitely not an exception 90/100.