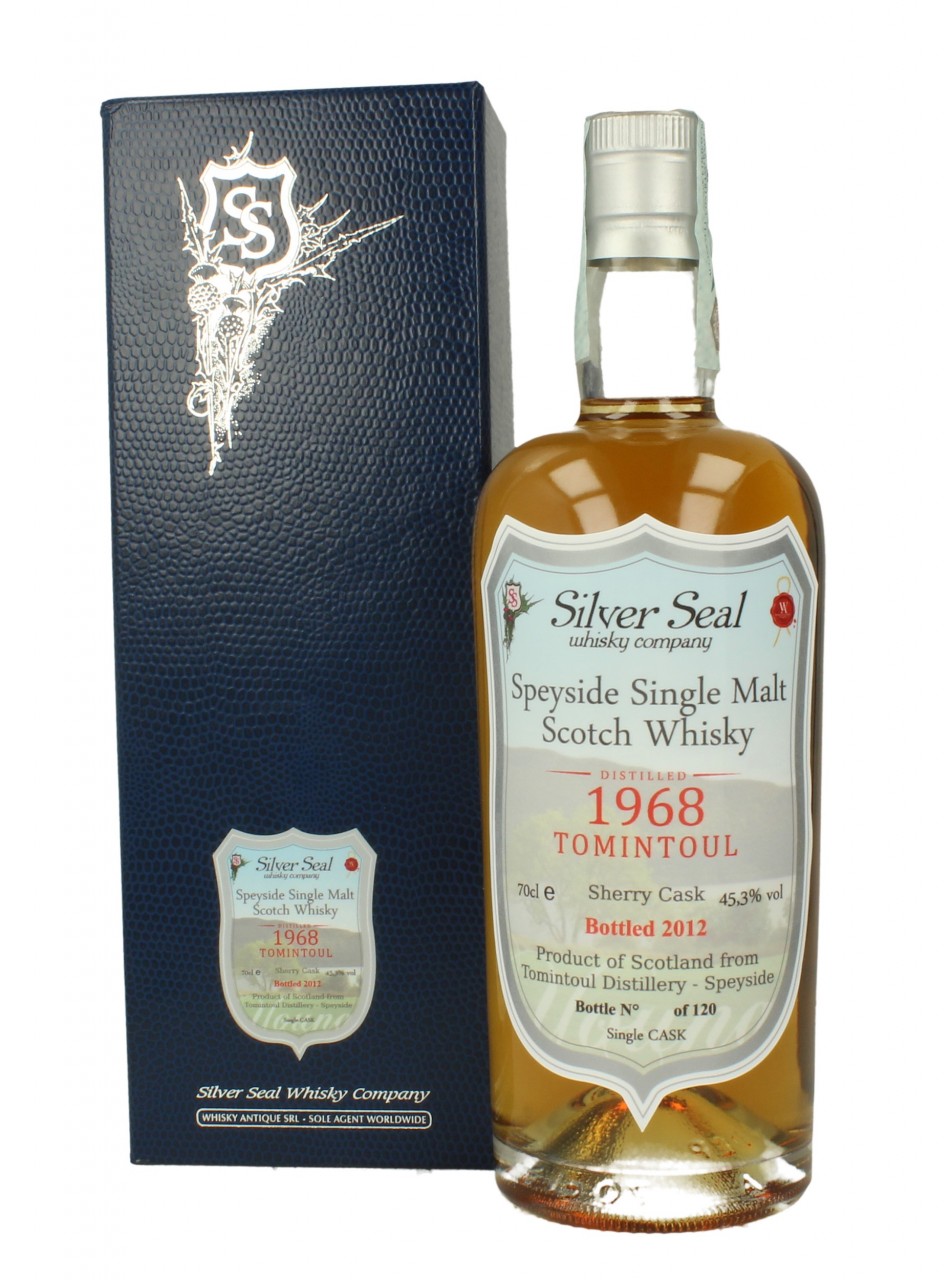 While tanks entered Prague, while Rose Island proclaimed itself independent, while in Vietnam it happened… Vietnam, while Martin Luther King was assassinated, while students from all over the world took to the streets, while in Italy despite Valle Giulia the Christian Democrats won the elections and the national team won the Europeans; while everything around the world was changing, everything went on as usual at the Tomintoul Distillery. As usual, malting, infusion, fermentation, distillation followed one another… and as usual the barrels were filled, unaware of their future. One of these, ex-sherry, was intended to be opened and emptied in 2012, to create a joint bottling for Silver Seal and The Whiskey Agency. Let’s taste it, come on.

N: very intense and full of aromas, with a very soft alcohol note. Here there are spicy notes too, typical of old whiskies (a bit of propolis, aromatic herbs, a bit of tamarind… it reminds us of certain good vermouths), but then other suggestions overflow. From a very intense orange (both rind and juice) to a basket of ripe and warm fruit (red apples, plums, also dried, apricots, even something
tropical); also a delicious note of damp wood, from the cellar.

P: beautiful, oily and chewable body. An elegant aromatic curve on the palate, without losing one single step in terms of intensity. It changes at every sip, but the frame that remains stable is of an excellent old pal: notes of propolis, herbaceous (still that vermouth we mentioned on the nose), of beeswax… Then, a wide spectrum of flavors, all of a sober, powerful sweetness: red apple, raisins, quince, even tropical bowls (mango), Catalan cream… Occasionally tobacco, bitter chocolate. Top.

Excellent, really; we did not expect so much grace. The nose lets you sense all its potential, which fully unfolds on the palate: pure true pleasure. It is not an unusual profile, but it shows intensity, complexity and balance out of the ordinary, without the most herbaceous notes ever taking over an iridescent and spectacular fruitiness. Great job guys: 92/100 is our vote; it costs around 200 euros. Ah, one last question: this was a refill sherry cask, isn’t it?