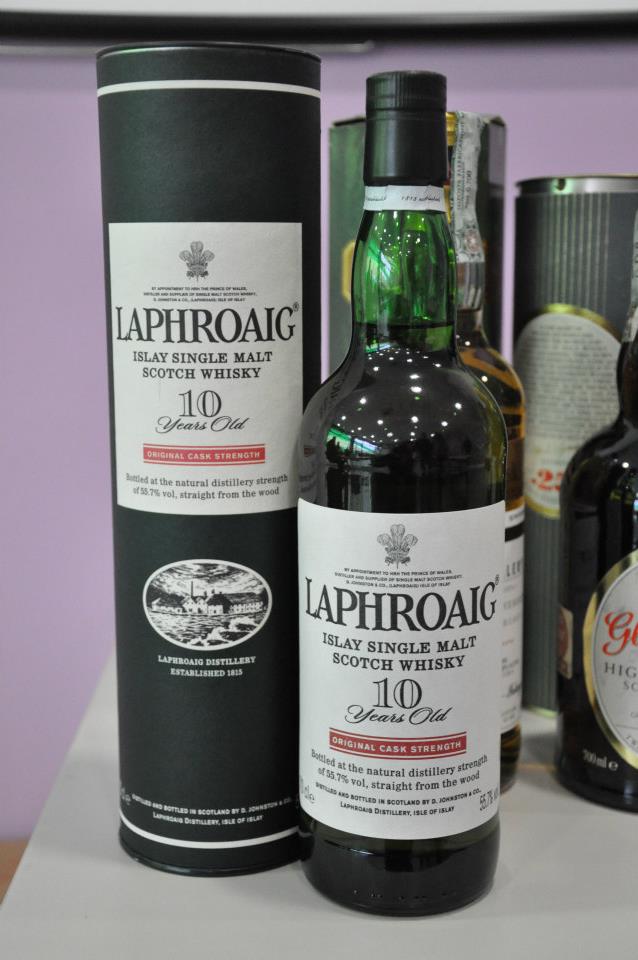 We go on with the reviews of the wonderful malts we’ve tasted during the Ospitaletto Whisky Festival… The last dram of the night was a 10 yo Laphroaig Cask Strength, bottled in 2007. This series is still on the market, but – as Claudio taught us – the quality has been clearly changing since when, between 2009 and 2010, the “batch era” started, with those famous red numbers on the label. We’ve never been very tender with Laphroaig OBs, but we must admit that this was a winner.

N: very intese smokiness, with a complex profile moving underneath. Intensely medicinal, with peaty mineral notes; there are lovely coastal notes, brine, motor oil. Then there’s a tripudium of licorice, with growing fruitiness, quite warming, and a lot of jam (orange and strawberry).

P: licorice again, quite overwhelming at the beginning; then, some very intense medicinal notes, that remind us of cough syrup. A lot of fruit, massive and great, with dried apricots, bananas, tropical hints… Salty and maritime, with a more composed smokiness comparing to the nose.

F: as Claudio said: “If there’s no licorice on the finish, it’s not Laphroaig”… Well, here there is. Then ash and bacon.

Defintely better than the more recent Laphroaig OBs. Complex, intense, structured and balanced, full of nuances: it deserves to be drank with patience. If you’ll come at the Rome Whisky Festival, we’ll be working at the Laphroaig.it and Angel’s Share stand, and we’ll be more than happy to share a couple of words with you guys, maybe sipping this Laphroaig: we’re curious to know what you think about it, because our opinion is round and big: 90/100. This is Serge’s opinion.