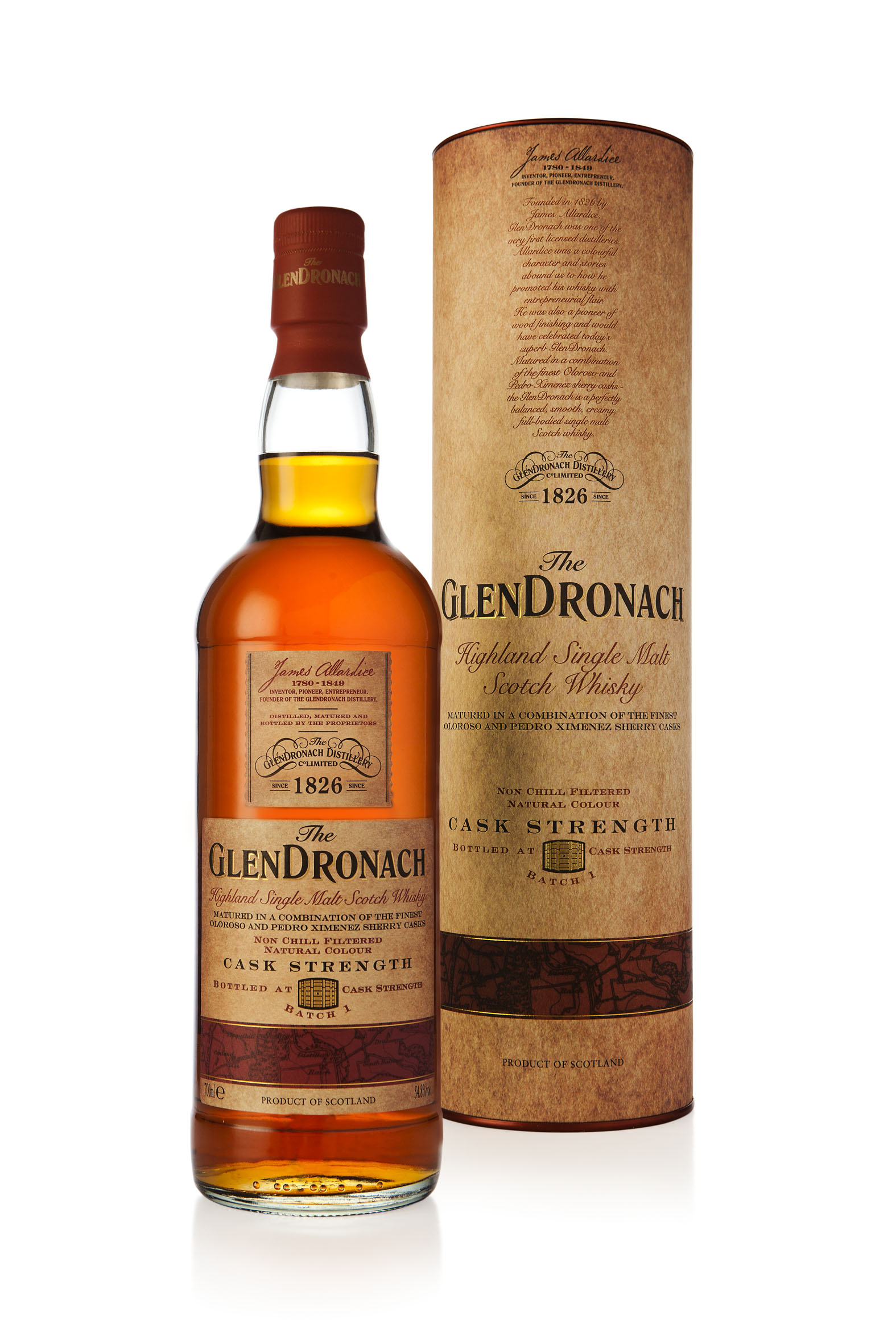 At the last Milano Whisky Festival, GlenDronach presented, in secret preview, a new version that completed the core range: the Cask Strength,  NAS (“no age statement”: i.e. age not declared) bottled at full strength, a blend of whiskies aged in Oloroso and Pedro Ximenez sherry casks. Since in the twitter debate (?) was compared with a product from a very famous distillery that offers a vast amount of sherries whiskies, the Glenfarclas 105, we decided to taste them side by side, to try to distinguish any similarities and differences. The colour of ‘Dronach? Full copper.

N: sherry monster, it was said. Tons of strawberries, cherries and especially raisins; then lots of dried fruit (hazelnut, but also dried figs) and a nice harmonious wood. There is also a winy, acidulous tip, probably a citrusy tip (and there are suggestions of chinotto …); then chocolate, even gianduia. Very, very ’round’. Almonds (or rather, almond chocolate), then almond paste, marzipan, dried figs, even a bit of jam… Excellent so far, it bodes well for a good palate full of flavor flames.

P: also here, very good. To command, in addition to the exuberant traces of red fruit (cherries in spirit), is a majestic sheet of aromatic wood, which helps to create a whisky not too sweet (even if the influence of PX is clear, both on the nose and palate), not extremely fruity, but of splendid roundness and elegance. A roaring marzipan; then, even clear notes of dates! Nutmeg, more dried fruit (hazelnut) and a light pepper. A compact and classy taste. More chocolate, dark.

Round and ‘deep’: great richness, discreet complexity, impressive intensity. GlenDronach doesn’t miss a beat these days… It seemed to us that we could also distinguish the influence of Pedro Ximenez’s barrels, both on the nose and on the palate, with a sweet and sugary component that is never excessive but very pleasant. Our opinion will be 88/100, but it could also be 89, taking into account the fact that it costs around 60 euros… Serge thinks so (and he doesn’t seem to find too much influence from PX).