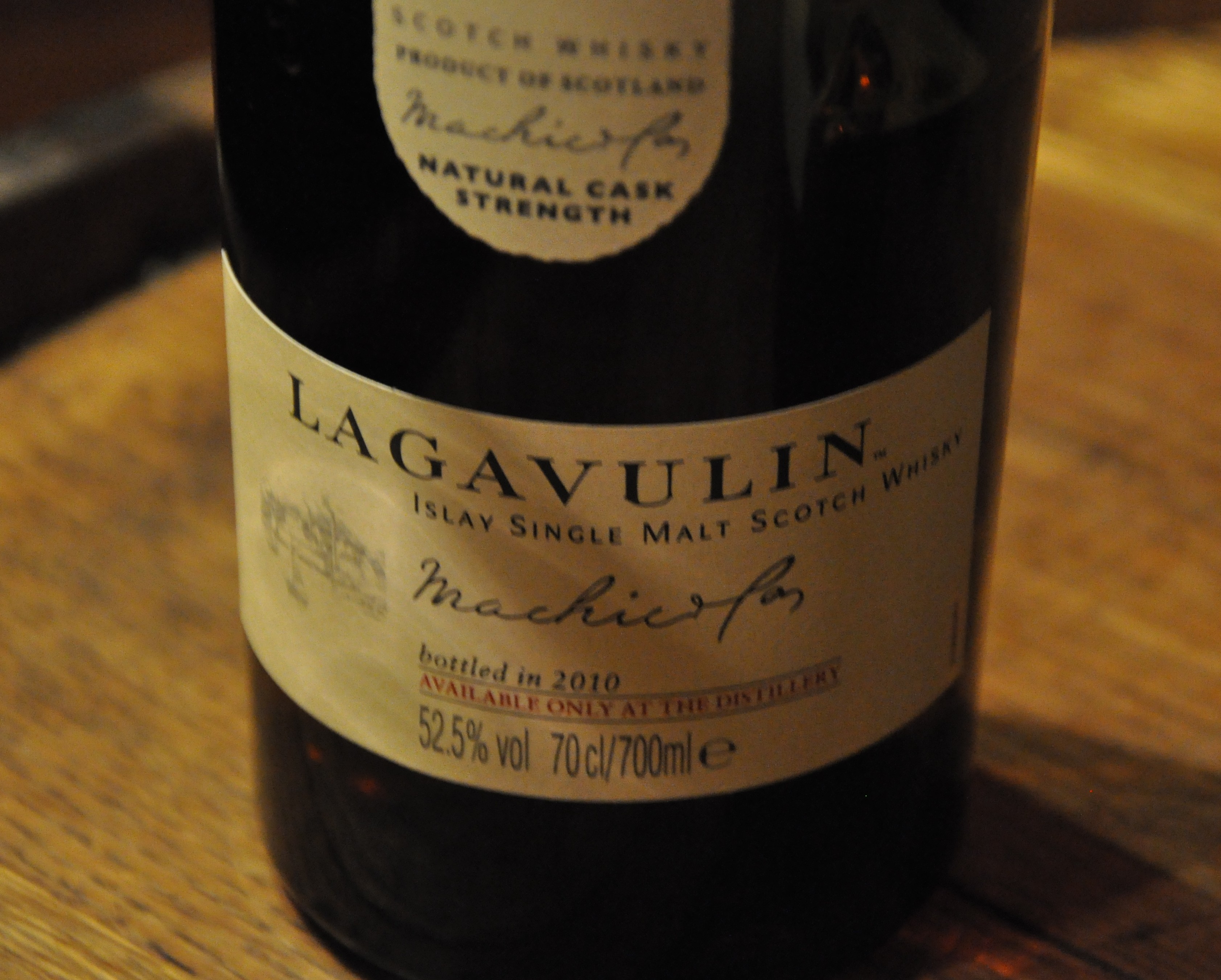 Last but not least, Lagavulin: the distillery always maintains very high levels (the 16 year old, basic version, is one of the best whisky for quality/price ratio), so we are led to assume that at the same distillery they offer a malt in line with standards. This Lagavulin is probably the result of the blend of whisky aged in American oak barrels that contained some sherry for a while: they were initially supposed to be used in Distiller’s Edition, but they didn’t make it, too good maybe? The color is golden.

N: very closed, at first; like other Lagavulins, it shows a rather austere elegance. It’s also quite delicate: you can smell the sherry, carrying a basket of red apples, leather, chestnuts… Then, here’s Islay: sea air, dried seaweed and the smoke, present but not too invasive. Sour notes, citrus: cedar? Orange? Broadly speaking, we can praise the roundness given by the wood and the typical marinity of island malts. Then, over time and with a drop of water, notes of tobacco, vanilla… In the background, raisins and faint red fruits.

P: water is not necessary. It starts on intense dessert notes: chocolate with hazelnuts, cappuccino, raisins. Very creamy, mouth-filling (cream caramel?) and beautifully fruity (very ripe and sugary fruit). At a certain point the waves of the sea of Islay arrive: peaty, smoky, intense. The water makes it very sweet, maybe too much?, and slightly peppery.

F: long, persistent, marine and peaty… A burning fruit cart on the beach? Okay, we drank too much. Lots of ripe fruit, though.

Well, Lagavulin doesn’t cheat. It’s an excellent whisky, which, according to the tradition of the distillery, knows how to perfectly combine the sweet notes of sherry and the edgy notes of peat and sea; if we wanted to find a flaw, when we drank it, it seemed perhaps a little unbalanced, on the palate, towards the sweetness of very ripe fruit, which at times becomes almost cloying. Nevertheless, we can only give it 88/100.